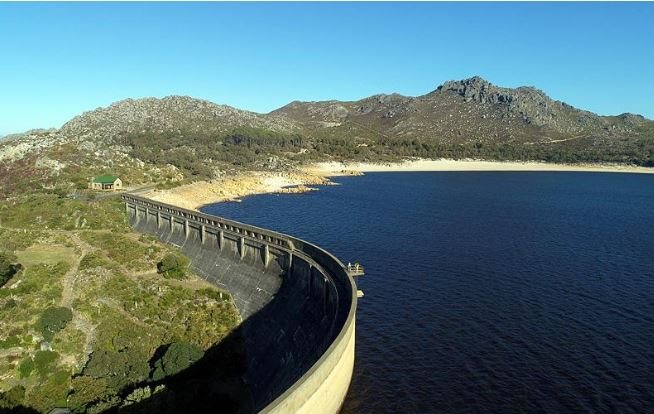 The City of Cape Town’s Draft Water Strategy has today opened for public comments and recommendations. The primary purpose of this strategy is to ensure that the city will be more resilient to future droughts. Read more below:

Following a process of intensive engagement, a Draft Water Strategy has been prepared for Cape Town’s residents for consideration and feedback. From today, the public participation process gives residents one calendar month (15 February to 15 March 2019) in which to scrutinize the City’s plans to prepare for water security and to share their constructive views on it.

‘The recent drought was a harsh lesson for us all. This strategy is the product of extensive work conducted by the City in consultation with a range of local and international experts in the field of water, and has been created to protect Cape Town from the harsh effects of drought in the future, and we aim to do everything possible to avoid the implementation of such severe water restrictions again. We have to be prepared for the likelihood of increasing risk and vulnerability in the coming years in the face of climate change, the growth of alien vegetation, delays in building new surface water schemes, and over-allocation of the integrated water system.

‘We have now entered a time characterized by great uncertainty, where previous models for weather predictions and associated planning can no longer be relied upon. I have great confidence in the strategy and would like to encourage all residents to engage with it during this period, and share their considered inputs. Water supply and demand must be reconciled to ensure that there is sufficient water available to meet anticipated demand,’ said Councillor Xanthea Limberg, Mayoral Committee Member for Water and Waste.

The Strategy’s aim and vision is that Cape Town will be a water-sensitive city by 2040. This will be achieved by optimizing and integrating the management of water resources to improve resilience, competitiveness, livability and sustainability to ensure the prosperity of all residents. The Draft Water Strategy articulates the City’s plan to ensure water security over the next 10 years as we move towards being a water-sensitive city over the next 20 years.

‘A water-sensitive city is a place that will attract people to live and work, and for business to invest. It is a place that will provide a range of different water sources incrementally for a variety of uses. Additionally, it is a place where residents are equipped with the knowledge to enhance our conservation and protection of this vital resource through practical behaviour changes such as being mindful of pollutants and chemicals we use and dispose of into the system,’ said Councillor Limberg.

Based on scenario analysis, the City commits to increasing available capacity by more than 300 million litres per day over the next ten years. The strategy outlines a programme for achieving this, which includes the removal of alien vegetation from catchments, the incremental introduction of desalination, use of groundwater and increasing the scale of water re-use.

The current indicative cost of this programme is R5,4 billion and it is adaptable and robust when tested against the different scenarios (including a step change in rainfall – a possible reality of climate change). The build programme will reduce the likelihood of severe water restrictions in future.

The reality is that investments to strengthen our resilience and reliability of supply will increase the cost of water. Through a pragmatic approach, these increases will be contained and we will not see the extreme price increases that we saw during the drought.

‘It is possible, and even likely, that the additional more expensive supplies of water (such as reuse and desalination) may not be used all of the time. But this will not have been wasteful expenditure. The future is uncertain and the cost of very severe restrictions is much higher than the cost of insuring against this likelihood by providing additional water supply capacity,’ said Cllr Limberg.

The draft strategy takes into account the important yet complex relationships between water, people, the economy and the environment and sets out five commitments which support its realization as mentioned below:

The City’s efforts to achieve the status of being a water sensitive-city, and the interventions necessary to do so, will be introduced in consultation with residents.

One of the major successes in 2018 for the City and its people was surviving the worst drought to ever affect Cape Town without actually running out of water. A range of measures, including the massive savings efforts by residents, ensured that the taps were never turned off.

‘Navigating an unprecedented crisis was not easy for any of us, but we overcame it together and Cape Town is now viewed internationally as a success story. There is a lot for us to be proud of. I’m hopeful that residents will welcome this draft world-class strategy and engage with it constructively to the benefit of us all going forward,’ said the City’s Mayoral Committee Member for Water and Waste, Councillor Xanthea Limberg.

Residents can submit their comments as follows:

Special assistance will be given to people who cannot read or write, people with disabilities and other disadvantaged groups who are unable to submit written comments. Contact Ismail du Plooy (Public Participation Unit) on 021 400 1184.

All general public participation-related enquiries should be directed to Nathan Fisher on 021 400 1450.

Published by:
City of Cape Town.