Corobrik playing its part in looking after the planet 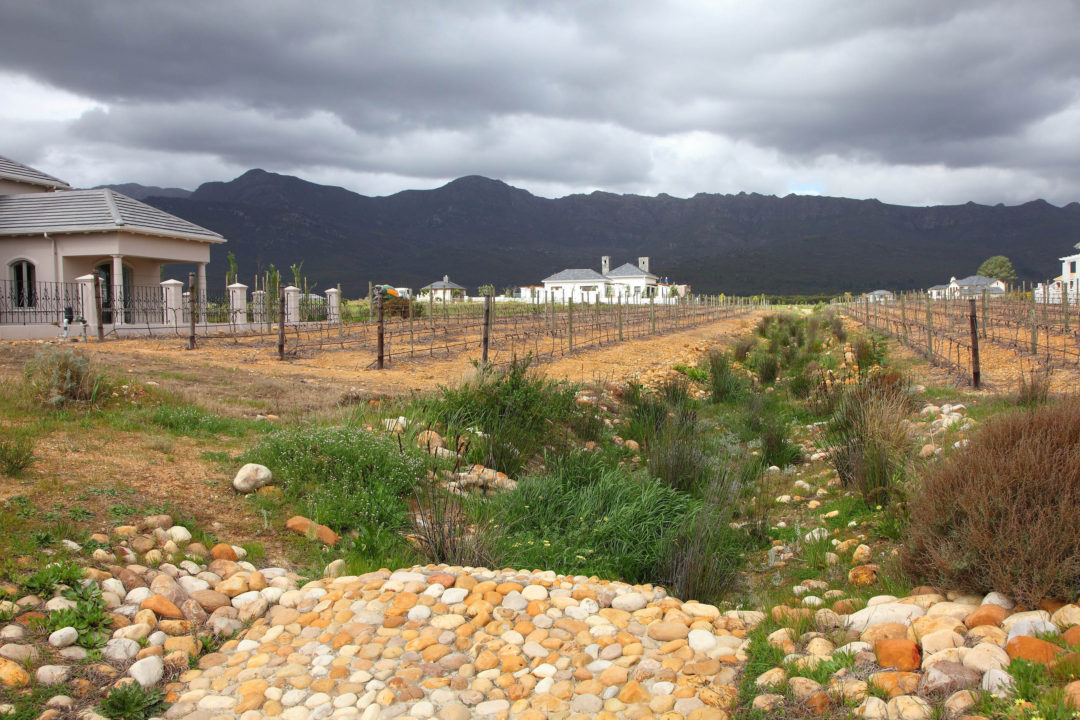 While many organisations are scrambling to meet increasingly stringent sustainability legislations, Corobrik continues to exceed expectations by implementing advanced technologies and forward-thinking approaches to keep ahead of the curve. One such sustainable undertaking is the rehabilitation of Corobrik’s Rinaldo Road Quarry in Durban, an area which is now being developed.

In the company’s history, spanning over a century, Corobrik has always sought to rehabilitate its quarries with the policy of con-current rehabilitation. In most case there are two outcomes, with either area being rehabilitated back to its original use or reused for other economic activities.

“Land from rehabilitated quarries is used for a variety of reasons,” continued Shangase. “Office space, factories and warehousing – as can be seen at Briardene in Durban North – or retail space as was done at Liberty Midlands Mall in the Pietermaritzburg region. In the Western Cape, one rehabilitated quarry is now a wine farm and upmarket housing estate. ”

This practice predates the current the National Environmental Management Act (NEMA) of 2014. The Rinaldo Road Quarry, which supplied shale to the Avoca factories and was mined from the early 1990s until 2015. Further examples of this are well demonstrated by the old Crown Mines and Effingham factory sites.

Alongside the quarry rehabilitation, Corobrik has invested in state-of-the-art green equipment, including extrusion technology at all its factories. This has allowed for enhanced product quality and dematerialisation that translates into significant energy reductions. Savings of 20% in drying and firing energy, reduced diesel use and an 8% reduction in mortar use are some of its sustainable achievements.

Further energy savings have been made following the implementation of advanced robotics at Corobrik’s Rietvlei, Lawley and East Brick factories. Through production flexibility, Corobrik can lower the demand on the energy grid during peak hours while also optimising the amount of energy needed for brick production. Corobrik teams working on power correction interventions and modifying shift activities are managing to reduce electrical energy use even further.

Corobrik converted from a coal-fired to natural gas-fired kiln at its Lawley Factory, reducing emissions while also earning Corobrik the Certificates of Emissions Reductions by the United Nations Clean Development Mechanism – a first for any South African company. This decreasing carbon footprint is made smaller by the recycling of burnt brick waste which can be used for road building or the manufacture of concrete products.

“The daily effects of global warming are now impacting the lives of people everywhere, and it is both a moral and legal obligation for companies to implement green practices,” said Musa Shangase, Corobrik’s Commercial Director. “Corobrik’s overriding principle has always been to minimise environmental impact wherever possible. This has seen us researching best practices and techniques worldwide, and investing in the latest technology, all to reduce Corobrik’s carbon footprint.”

“We have adopted the ‘Good Business Framework’,” concluded Shangase. “This programme broadens the depth of understanding and commitment within the business from a sustainability perspective. We will continue to research and invest in lowering environmental impact in production while creating an energy-efficient product that benefits the consumer.”

Rinaldo Road Property – The land purchased by Corobrik.  The clay was used to manufacture bricks at the Corobrik Avoca factory.   This property has been rehabilitated and is currently being developed.

This well know housing estate was once a Corobrik quarry in the Western Cape.  After rehabilitation the land was sold and developed.