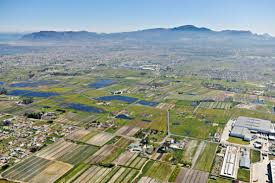 The City of Cape Town will, over the next few months, review the eight district plans which guide spatial development and land use management on a local level. Residents are directly affected by land use, and the nature, form and location of developments in their areas. Land owners and developers are similarly affected as these plans inform the City’s decisions when we assess development applications.

The existing spatial development plans for the eight districts, namely the Cape Flats; Helderberg; Blaauwberg; Khayelitsha, Mitchells Plain and Greater Blue Downs; Tygerberg; Table Bay; Northern; and Southern, were approved by the City Council in 2012. These plans must be reviewed and aligned with the revised Municipal Spatial Development Framework (MSDF) that was approved by Council in April last year, the City’s new spatial policies, as well as with other updated legislation.

The review is also an opportunity to assess the outcome of existing policies, among which those relating to parking and densification.

Residents, residents’ organisations, business, and stakeholders in the development sphere are encouraged to participate in this process which is to kick off within the next few weeks.

‘We want residents and stakeholders to be involved with the review of the district plans from the very beginning. Land use and the developments that give effect to these rights have a direct impact on neighbourhoods and those who live and work there. Also, residents have a very good idea of what is needed within their communities – be it development that will assist with job creation, housing, public transport, or public services. This is why I’m encouraging residents to participate in this process. Councillors, community leaders, residents’ associations, and professionals in the development sector are also invited to contribute to the discussions,’ said the City’s Executive Mayor, Alderman Dan Plato.

The City is focused on creating an environment that will harness and spur economic growth and job creation and assisting those who need it the most.

‘The package of spatial plans we will now be reviewing must guide the implementation of this vision. The eight district plans should depict our future living environment. To this end, each and every Capetonian who contributes to this process will take part in the planning of what their living environment will look like in future,’ said the City’s Mayoral Committee Member for Spatial Planning and Environment, Alderman Marian Nieuwoudt.

The MSDF guide and inform long-term planning and development in Cape Town on a macro level, whereas the district plans address development on a district level.

‘The district plans must address redevelopment and development on a local level. Formal and informal areas will get the same attention during the review process so that we can improve the urban environment and fully realise the development potential of every district. This time around we want to create district plans with more detail about the type of development we want to encourage and pursue in the eight districts.

‘For instance, we need plans that will address the development needs in precincts or neighbourhoods, and that will indicate where intervention is needed to facilitate economic growth and enhance the living environment. The plans must also indicate interventions to change the land use or urban form; and must tell us what key infrastructure is needed to enable development in areas that have been prioritised,’ said the City’s Mayoral Committee Member for Spatial Planning and Environment, Alderman Marian Nieuwoudt.

A district plan is an important planning document:

‘City officials have already started with a detailed analysis to determine the population growth in each district, private sector development trends, and where we have invested public money since 2012. Then we’re also doing an analysis of economic activity and employment trends; environmental factors that determine where developments may happen, must be constrained, or excluded; as well as about services infrastructure related to water, electricity, sewerage, stormwater, and transport – be it public, non-motorised, or private.

‘Furthermore, an analysis of the City-owned land in each district will inform decisions about future uses for example, whether the land is needed for new facilities, a park, or housing, or whether the land should be sold. The information that we derive from the analysis will assist the City to determine the needs and priorities in each district, and ultimately, also guide us when we deal with development and land use applications on a local level,’ said Alderman Nieuwoudt.

The district plans will have a strong focus on the local economy and how development and land use management can contribute to job creation and economic growth.

‘Residents’ living standards are very much determined and influenced by the state of our local economy. How we use our land and what we develop on our land can spur economic activity and have an impact on commuter costs, for example, what modes of transport commuters use, when they travel, and how far they need to travel between their homes and work. District plans will guide us to facilitate the right development at the right location so that the City can become more efficient and resilient in terms of how we use our resources, and to ensure our long-term financial sustainability. The review process is the ideal opportunity for residents to contribute with their comments and views,’ said Alderman Nieuwoudt.

The City will commence with the review process on 1 May 2019, when residents and interested and affected parties will have the opportunity to register to get access to the relevant documents, receive updates and information about meetings, and so forth. Registrations will be open until 1 June 2019, and can be done as follows:

‘The review process could take up to a year, if not longer. We want to ensure we include as many residents and stakeholders as possible, and that the reviewed district plans mirror the development needs and interventions on a local level. The success of the review process will rely on the extent to which we manage to capture residents’ dreams for a future Cape Town. Let’s all take part in creating plans that will make progress possible,’ said Alderman Nieuwoudt.