It’s That Time of Year Again & SANBI are Ready to Wow! 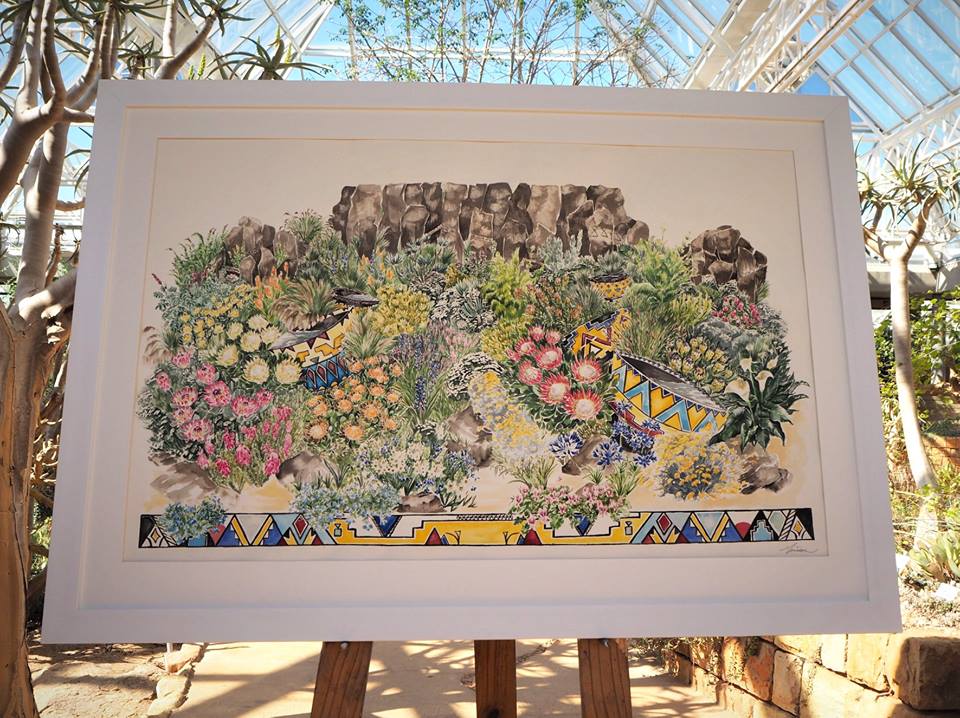 South Africa has for the last 36 years won gold and the team said they want to bring home another gold medal.

The Chelsea Flower Show has been held annually at the grounds of the Royal Hospital in Chelsea since 1912 and it is the most famous flower, landscape and garden show in the world.

The designer behind the Kirstenbosch 2019 exhibition, Leon Kluge says this year’s design will be bold and abstract.

Kluge who is doing this show for the second time will be creating a contemporary hand-made slate mountain, with one side depicting a silhouette of Table Mountain and the other of Magaliesburg.

Though Kluge has been doing shows for more than 15 years he says he is still nervous for this show. “I think being nervous is a good thing. The pressure is on, because we need to bring home another gold. We are prepared as something unexpected might happen. We will then improvise because that is what artists do,” he says.

With this year’s theme being Mountains of Abundance, Kluge says the idea is to tell the diversity of the South African floral kingdom infused with the culture hence the bringing in of cultural pieces.

“Abstract waterfalls and streams will be created with bright traditional Ndebele hats against the slate mountain. Around this mountainous theme, various species of proteas, aloes, disas, restios and fynbos will be arranged as they occur together on the wild slopes of our mountain,” he says.

With the team having won gold for years, this must seem like an easy job but there is so much that goes into it and there are a lot of challenges encountered.

The team will be taking a tonne of freshly cut flowers. “It is always one of our biggest challenges to ensure that our plants remain in tip-top condition as it is no small feat to get them all from South Africa to London in one piece. But opening those containers and unpacking all of the plants is one of my favourite parts of the whole experience. Then comes the challenge of what the different climate in the UK will do to the plants once they are there – a sharp change in temperature is not good,” says Kluge.

He adds that the flowers and foliage in the display have been carefully chosen to compliment the structures they are building. “This will allow us to showcase some interesting and rarely seen plants at Chelsea…”

Sanbi board chairperson Beryl Ferguson says it is not easy to exhibit there but the team has always done exceptionally well. “Most exhibitors are from the UK. For us, we have to put in a lot of work and logistics into transporting the flowers ensuring that they get there fresh and remain fresh throughout the exhibition. Behind the scene work also takes a lot of effort as we have to source permits for the plants among other things,” she says.

Ferguson added that they are anticipating a mix of modern contemporary and classical designs at this year’s Chelsea show. “Chelsea always produces a vast array of exciting new garden designs each year – it is ever evolving and never the same – that’s the magic about gardening,” she says.