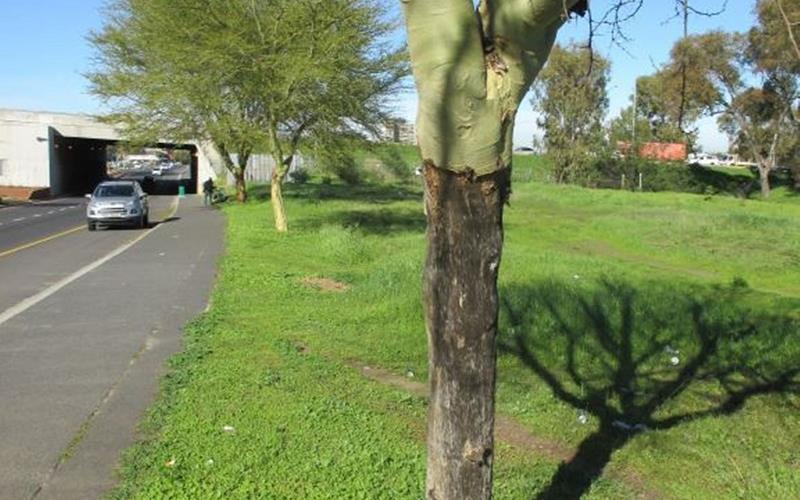 An increase in illegal bark stripping poses a serious threat to Cape Town’s trees. This threat has sent the City of Cape Town’s Recreation and Parks Department off in search of possible answers.

An alarming number of indigenous trees are being stripped of their barks which could eventually destroy thousands of trees in Cape Town’s public open spaces, among others.

When the bark is stripped from the entire circumference of a tree, also referred to as ring-barking, trees die a slow death due to the interruption of their nutritional transport systems. If only partially stripped, it damages the tree to such an extent that it inhibits the growth pattern and weakens the tree making it more susceptible to stressors such as drought and disease.

‘The City cannot condone the damage done to trees through the illegal harvesting of bark for medicinal or cultural purpose. We have a responsibility to protect our fauna and flora and to this end, the City’s Recreation and Parks Department will work tirelessly to avoid the destruction of trees. However, we need communities to assist us by spreading the word to heighten awareness and to report any bark stripping incidents that they come across,’ said the City’s Mayoral Committee Member for Community Services and Health, Councillor Zahid Badroodien.

Trees that are affected are mainly camphor trees (Cinnamomum camphora) and fever trees (Vachellia xanthophloea). Reports indicate that bark and roots are primarily being targeted and collected for various medicinal or cultural reasons.

Fever trees have smooth, slightly flaking, greenish-yellow bark which is coated in a yellow, powdery substance. Fever trees play an important role in the ecosystem as they are home to various indigenous bird species.

The Recreation and Parks Department consulted with fruit farming agriculturists who recommended that possible remedial measures could be to paint the bark of these trees with PVA paint. This should render the bark unattractive for harvesting. The mixture does not pose any risk to the tree and it is not toxic to humans. The paint colour will be light brown. Warning signs which state that bark stripping is prohibited will also be erected in the affected areas.

‘Bark stripping is strictly prohibited and we can only win this battle with the help of members of the public. Apart from the ecological benefits of trees, they also create a pleasing environment in our parks and green public open spaces. They increase our quality of life by creating a green interface between the natural and built environment,’ said Councillor Badroodien.

Members of the public are requested to please report sightings of bark stripped trees or bark stripping in process to the City’s Law Enforcement Department by calling 021 480 7700 or to send an email to: