Nature conservation champion soars his way to success at the City 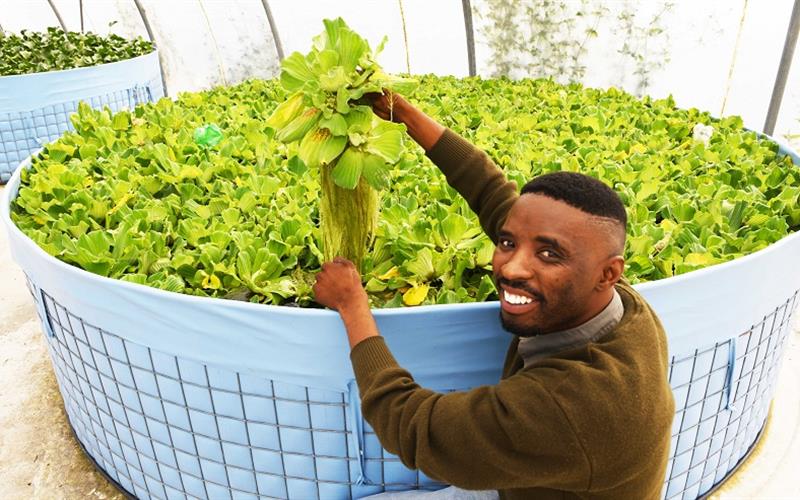 From volunteer to head of department, Mfundo Tafeni’s career path at the City of Cape Town tells an inspirational story of vision; courage and passion.

The City recently appointed Mfundo Tafeni as the Head of Invasive Species Programme within its Biodiversity Management Department.

Tafeni started his career at the City in 2008 as a volunteer at the Wolfgat Nature Reserve where he would assist with the youth holiday programmes. This is also where his vision started of working for the City and of making an impact on the way that the City manages its natural resources.

Tafeni was in the process of completing his National Diploma in Nature Conservation at the time. Thereafter he secured a graduate position at the City where he was immediately recognised for his potential, passion and willingness to learn.

After working as a field assistant at the Westlake Invasive Species Unit in 2010, Tafeni was appointed as a quality controller in 2011 and in 2012 promoted to Project Manager for Invasive Animals and Natural Resources Management, a role he enjoyed thoroughly over the past seven years.

In 2018 Tafeni played a big role in the Kadar Asmal Skills Development Programme where the City provides three years of training to upskill workers so that they are equipped with marketable skills to enter the job market.

‘Nature conservation is not only about plants and animals but about people too. I am passionate about educating members of the public and about creating awareness of nature conservation and the opportunities that it holds for audiences that do not necessarily have a natural interest in this area.

‘This position gives me an opportunity to strategically reach those audiences. The concept of the green economy is truly coming to life. The environmental sector is being recognised as a lucrative area through which to attract investment into the city and the country as a whole. I am personally very excited about it,’ said Tafeni.

Tafeni will be coordinating the invasive animal species programme, the natural resource management programmes and the management and implementation of the invasive species control operations. Part of his responsibility he will be to ensure that employment opportunities are maximised and optimised for previously disadvantaged communities through a labour intensive approach to invasive species management; skills development and social upliftment. At the same time, the focus will be to alleviate the impact of invasive species on ecosystem services.

‘We could not think of a more deserving and passionate professional for this job than Mfundo. Being the innovative and self-efficient character that he is, Mfundo started the invasive animal and early detection and rapid response programme, which focuses on emerging invasive species. His vast experience with invasive species management in an urban environment equips him with the expertise to monitor and to manage the operations of the Invasive Species Unit effectively.

‘The success that Mfundo has achieved in such a short space of time is inspiring and it’s clear that his chosen career path nurtures both his passion for nature and people.

‘My advice to young learners is that they should always be prepared to learn and surround themselves with good mentors at all times. Young people or aspiring professionals should not be fearful or underestimate their capabilities and should keep the focus on what they want to achieve at all times,’ said the City’s Mayoral Committee Member for Spatial Planning and Environment, Alderman Marian Nieuwoudt.