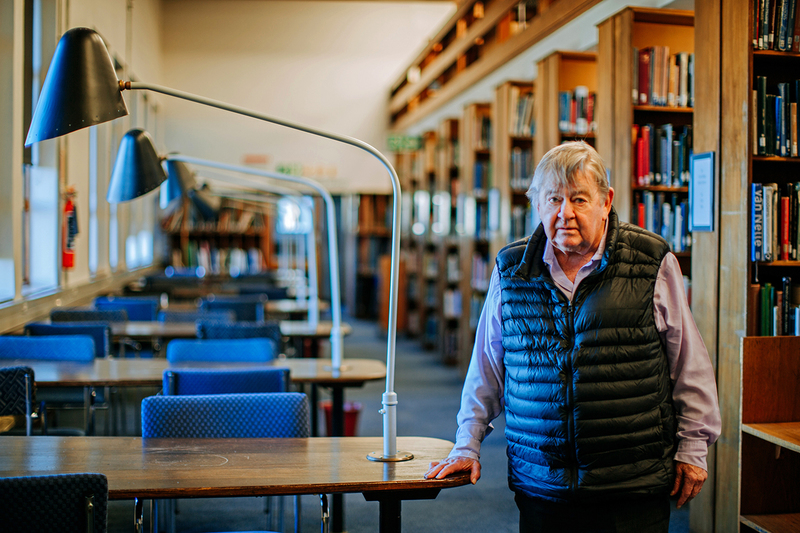 UCT’s Emeritus Professor Dave Dewar, whose company was named among the winners in the 2019 International Architecture Awards. Photo Candice Lowin.

A prestigious global architecture honour in the urban planning and landscape architecture arena has been conferred on University of Cape Town (UCT) Emeritus Professor Dave Dewar’s company for their work on the primary gateway into the Agulhas National Park.

The 2019 International Architecture Awards, founded in 2005 and regarded as the world’s most important global mark of excellence, are organised by The Chicago Athenaeum: Museum of Architecture and Design and The European Centre for Architecture Art Design and Urban Studies.

It is the oldest annual public celebration of global architecture, which sees practices around the world compete for the title of “Global Building of the Year”.

Dewar’s practice, Piet Louw and Dave Dewar Architects, Urban Designers and City Planners, was one of only two South African companies recognised among the 120 winners. They were honoured in the Urban Planning/Landscape Architecture category for their lighthouse project in the Agulhas National Park (Urban Design Framework in a Wilderness Context).

The site features the second-oldest lighthouse in South Africa, which has been graded as a provincial heritage site.

The team described the project site at the southern-most tip of Africa as a “windswept landscape of stark beauty, with a coastline made up of small pristine beaches between outcrops of jagged rocks and historic fish traps”.

They explained that SANParks intended to create an information centre with a small museum and teaching facility, a restaurant and operations centre at the lighthouse precinct, and so commissioned an urban design framework with heritage and design guidelines “to guide the initiative and form the basis for the beginnings of the architectural and landscape expression”.

“The site at the southern-most tip of Africa [is] a windswept landscape of stark beauty, with a coastline made up of small pristine beaches between outcrops of jagged rocks and historic fish traps.”

Christian Narkiewicz-Laine, museum president at The Chicago Athenaeum, said they shortlisted 350 projects from 41 countries for the 2019 awards. These highlighted “the amazing work done by the talented architecture visionaries whose talent and innovation have created talking points that will span generations”.

“The projects on the shortlist were judged against a range of criteria including design vision; innovation and originality; capacity to stimulate, engage and delight occupants and visitors; accessibility and sustainability; how fit the building is for its purpose and the level of client satisfaction.”

Praising the dedicated firms and individuals for their hard work and commitment “to define a better world”, he said that shaping the built environment is a tough challenge.

“Architects and innovators from across the architecture market have an important role to play in transforming the way we see the world.”