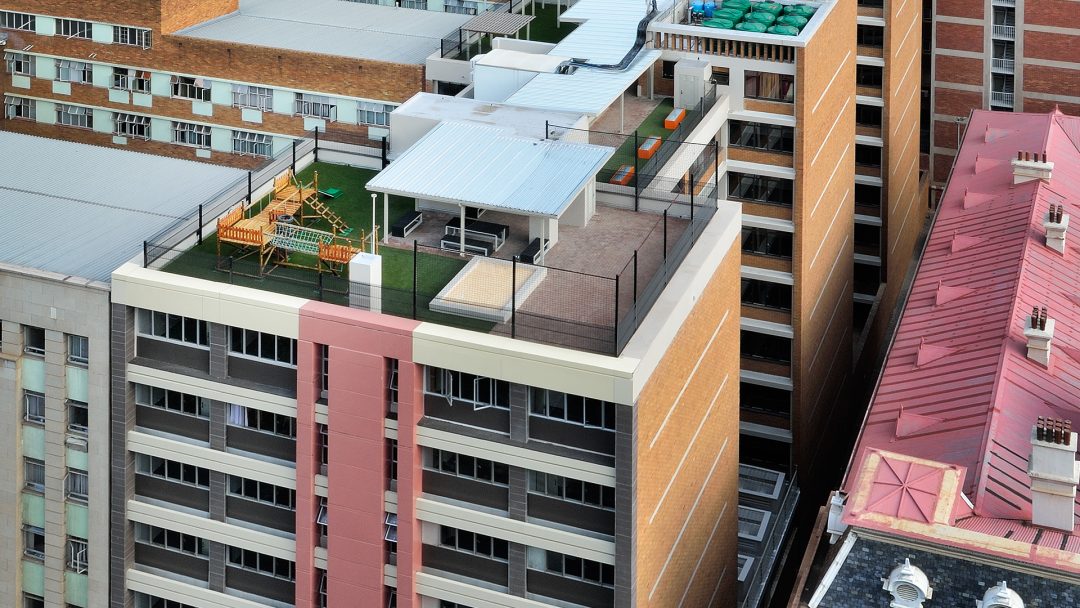 These ground-breaking ceremonies follow a rigorous tender process to secure successful bids which will advance the City’s aims of not only revitalising the inner-city but also bringing quality affordable housing to our residents and students. Mayor Mashaba said: “These 84 properties hold an investment value of R22 billion and are expected to generate 11, 000 direct construction sector jobs, at a time when the economy is struggling to generate employment for our residents.”
The inner-city revitalisation project is expected to yield approximately 6, 500 units of affordable quality housing with rentals beginning from R900 per month.
The sod-turning ceremonies marked the realisation of Mayor Mashaba’s vision of turning the inner-city into a construction site, by taking available land parcels and partnering with the private sector to address the affordable and student housing challenge that has resulted in a backlog in excess of 300,000 units in Johannesburg.
He added: “What is particularly exciting for me as the Executive Mayor of Johannesburg is the realisation of a dream I had at the beginning of my tenure just under three years ago – the dream of turning the inner-city into a construction site. We had 154 buildings out on tender – 84 of which have already been awarded. We have another 70 set to be awarded by the end of September. It will create over 12,000 jobs during construction, but importantly housing solutions to address our housing backlog.”
The Mayor lauded the JPC for its work so far. He also thanked the developers for taking on the challenge of providing quality affordable accommodation when many had previously turned their backs on the inner-city, resulting in its decay.
A prerequisite for all successful bidders was that they begin construction work within six months of the process. These four developments have committed to this.
Some background on the developers of the four sites to be visited are:·       The Doornfontein development will be developed by JM and Ryden International JV.  There will be 370 affordable housing units built in this mixed-use development. The estimated investment value is just over R147 million. This development will be completed in 18 to 24 months and create 2, 864 jobs over the construction phase. ·       Samancor House in Marshalltown was earmarked for mixed-use purposes and will be developed by Nthwese Developments. The will be 128 Housing units and the development will also have offices. Nthwese has worked on a number of developments in the inner-city for the provincial government. The proposal for this development will realise an estimated investment value of just over R76 million. There will be training of approximately 167 people during the development process.·       Izicwe will deliver an investment with a value of R17 million and will provide training opportunities for 55 historically disadvantaged individuals. The focus of this development in Vrededorp is student accommodation, and it is anticipated that this development will be completed within a year after commencement. ·       Bayethe Capital (Pty) Ltd is familiar with the inner-city, having developed a number of projects in Braamfontein. The projected 265 student units to be built will have an estimated investment value nearly R86 million. This project will support SMMEs. There will be an adjacent development on the two properties. Adjacaent property estimated investment value is approximately R45 million. The City of Johannesburg is expected to announce the next phase of tender awards soon.