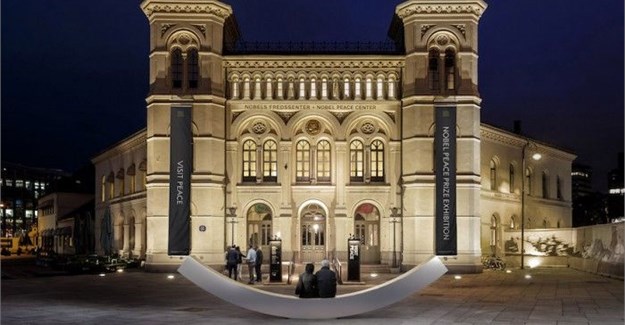 This Article first appeared on Bizcommunity. For more click here

Nelson Mandela’s legacy continues to inspire many around the world. To mark this year’s Nelson Mandela Day, The Nobel Peace Centre in Norway has commissioned former Design Indaba speakers, Snøhetta, to create a new art piece in collaboration with aluminium specialists, Hydro and furniture producers, Vestre.

The team designed a “peace bench” called The Best Weapon, which is inspired by one of Nelson Mandela’s famous quotes which reads: “The best weapon is to sit down and talk.”

The bench will be unveiled today at the UN Headquarters in New York to commemorate Nelson Mandela Day. It will remain there until September. Thereafter it will be transferred to its permanent location at the Nobel Peace Centre in Norway.

Designed to pay tribute to Nobel Prize laureates and their effort to bring people together in order to find solutions for peace, the bench speaks volumes in its simplicity. The Best Weapon is designed as a partial circle that meets the ground at its lowest point with the gentle arc of the bench pulling those sitting on it closer together.

Like the Madiba quote that inspired it (which is engraved on it), the bench is an invitation to conversation.

Snøhetta founder Kjetil Trædal Thorsen said to Dezeen: “In today’s digitalised and polarised society, sitting down and speaking together might be the most effective tool that we have to find solutions and common ground.”

The bench balances a duality of messages, both as a functional piece that invites conversation and social intimacy, as well as a resilient symbol that anchors the Peace Centre’s mission for discourse and peace.

This is not the first time that Snøhetta has worked on a monument honouring or inspired by a South African Nobel Peace Prize winner.

Two years ago, Design Indaba commissioned Snøhetta together with Johannesburg-based architects Local Studio to design a monument in honour of Archbishop Desmond Tutu and his commitment to peace and democracy.

Called the Arch for Arch after the name that the Nobel Peace Prize struggle hero is affectionately known by, the monument sits on Cape Town’s oldest avenue and right next to St George’s Cathedral where Archibishop Tutu was based for many years.

Below Snøhetta’s Craig Dykers, who spoke at the 2017 Design Indaba conference about the Arch to Arch as well as Snøhetta’s approach of designing with empathy.