Changing the landscape of shopping at Ferndale on Republic 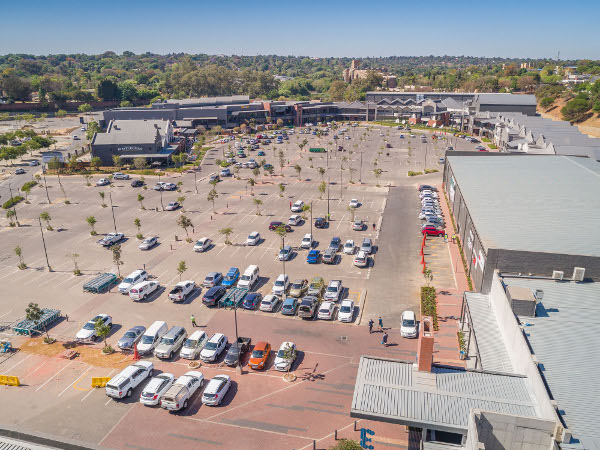 As lead developers, Moolman Group gave the landscape of shopping a complete overhaul with the redevelopment and expansion of Ferndale on Republic, previously known as Brightwater Commons, in Randburg.

Pieter Lombard, CEO of Moolman Group says: “This project, in contrast to previous endeavours, is a complete redevelopment which focusses, amongst others, on community. The new Ferndale on Republic is almost unrecognisable; totally repositioned to benefit retailers and shoppers alike and managed with attention to detail.”

This mixed-use development that is undertaken by Moolman Group, in partnership with PHG Group and Braam van Huyssteen, is set to improve sustainability and holds approximately 53 000 m² in total gross lettable area (GLA). Roughly 23 000 m² of the GLA will be used for the community shopping centre. Furthermore 12 000 m² has been dedicated to office and studio space for Urban Brew Studios, which forms part of the Kagiso Media Group, a well-respected South African television production company that produces shows like Wedding Bashers, The Voice SA, Idols SA and more. Their new studios include trendy office space for their staff, 10 television production studios, dedicated audio post-production and music compilation facilities.

It now boasts upmarket aesthetics and upgraded security that consists of 120 CCTV security cameras to ensure its shoppers’ safety at all times. Additional security features include controlled boom-operated entrances and exits with spikes, a Snipr automatic number plate recognition system that is linked to the CCTV system (consisting of full HIK vision and thermal imaging cameras), armed response units coupled with the community police forum (CPF), regular site visits by the SAPS, and weekly simulation-based training of security guards.

The architectural design of the project allows for simple and logical movement patterns, resulting in an easy-to-navigate shopping experience. The overall stylish simplicity is further complemented by the new functional parking area, situated in the heart of the development.

The devotion to reposition Ferndale on Republic is evident through the architecture, tenant mix and marketing strategy. “We are confident that our calculated efforts will get rid of past undesirable perceptions and restore Ferndale on Republic as a landmark in Randburg” says Lombaard.

Ferndale on Republic is set not only to offer residents of Randburg a beautiful new shopping destination, but to bring family and friends together as a community in a safe and convenient centre.

Taken from Eprop. For the Full Article Click here