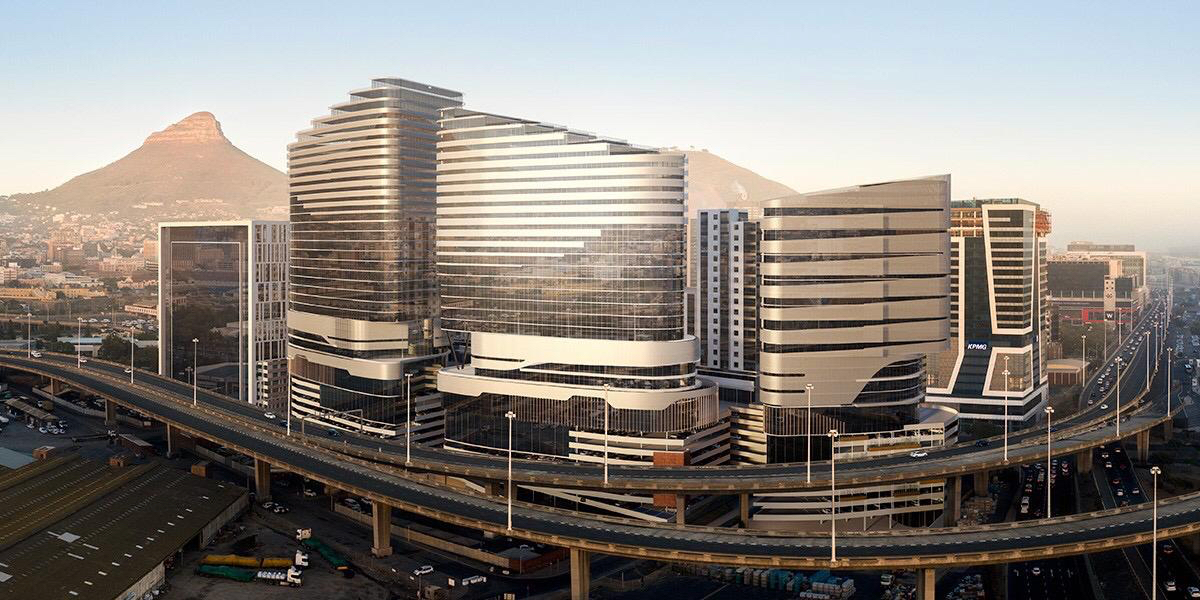 The Harbour Arch development, which will be the largest of its kind in the Cape Town city centre, was approved by the Municipal Planning Tribunal on Thursday.

The parcel of Foreshore land, spanning 5.3 hectares, was previously owned by Transnet but has since been bought by Amdec for its R14-billion mixed-use development. (See video below.)

The rezoning application for the development was approved in August 2012. Amdec, however, then applied to amend the conditions of approval in December 2018. This was to account for a change in lease ownership and to adjust the size of the development to include residential units.

The application was met with six objections, four from Urban Design and two from housing activist group Ndifuna Ukwazi. The bulk of the four-hour hearing on Thursday centred around technicalities regarding the proposed height for the buildings and the parking bay structure.

During its presentation, Ndifuna Ukwazi and Reclaim the City focused on the lack of affordable housing included in the development, which they believed would further exclude poor and working-class people from the city centre.

They called on the City to reject the application until it included the provision of affordable housing either within the development itself or the surrounding area.

“We’re still living in this system where a few white males get to decide in the interest of the public what should happen to make a building as big as Harbour Arch spatially just,” Karen Hendricks, Reclaim the City Woodstock Chapter Leader, told GroundUp.

“The approach is unjust and we feel that poor and working-class people are still denied access to living in the inner city … the City of Cape Town are prioritising the wants of the wealthy,” said Hendricks.

Reclaim the City and Ndifuna Ukwazi based their argument on the Spatial Planning and Land Use Management Act of 2013, stating that the Act compels the City to further spatial justice in Cape Town.

Municipal Planning Tribunal Chair Dave Daniels disagreed. He said that the Act asks that the principle of spatial justice be taken into consideration and this had been done. Daniels said that to impose and enforce an affordable housing condition on the development would be “extremely difficult”.

“To impose conditions that would halt a project that would bring R14 billion into the city, I just think would be irrational,” Daniels told GroundUp.

In the developers’ presentation, they stated that there is no obligation to include affordable housing into the development. However, in order to show their commitment to spatial justice, the Amdec Group is developing another site in Ottery. The group has earmarked a ten hectare piece of land, where 1,000 affordable housing units will be built.

“We are doing our bit to create 1,000 houses for people in our less affluent communities, who have in the past been excluded from good quality housing at reasonable prices,” Amdec CEO James Wilson told GroundUp. “We need some healing from our past and investment into communities who were previously excluded from economic growth in our country.”

Wilson said he hopes that the Harbour Arch development will inspire confidence in other developers and lead to the expansion of the Culemborg area.

He said they would be happy to engage with Ndifuna Ukwazi and Reclaim the City about possible sites in the inner city that could be developed in the future, but he also hopes other developers will see the opportunity to create affordable housing in the neighbouring buildings around Harbour Arch.

Ndifuna Ukwazi and Reclaim the City said they will discuss what the Harbour Arch decision means with their members and “plan possible action on how to disrupt this kind of property power in future”.