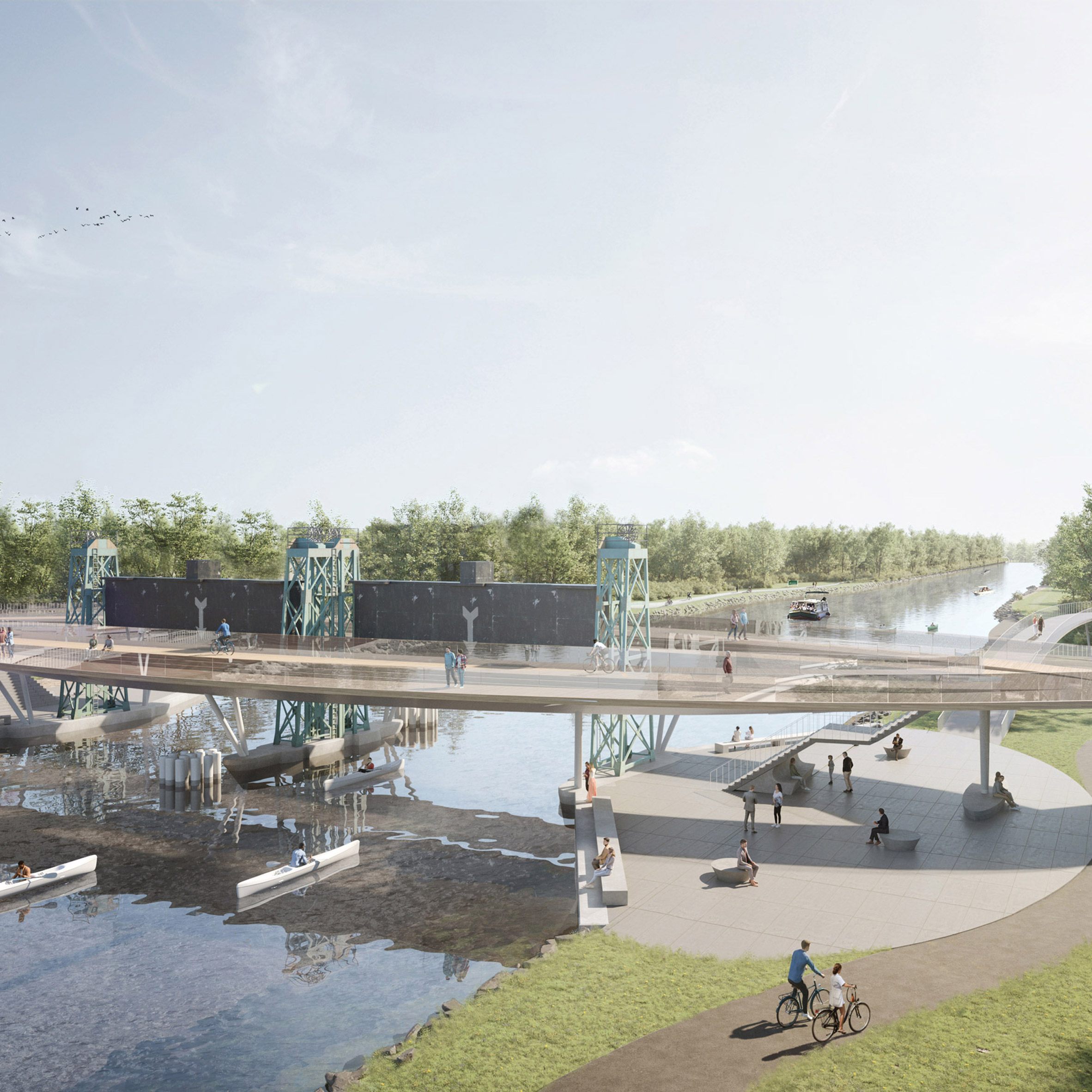 The Reimagine the Canals Task Force Plan, unveiled this week at Cuomo’s annual State of the State address, is a $300 million (£230 million) proposal to revitalise the man-made Erie Canal that crosses through the state.

Aspects include new outdoor recreation areas and commercial spaces to be built in several towns along the historic 350-mile (563-kilometre) waterway.

“When the Erie Canal was created in the 19th-century it set the state and the nation on a path to prosperity, and this year we will repurpose the canal to fit our state’s 21st-century needs,” said Cuomo.

“This bold and visionary plan to transform this historic waterway will build on the success of the Empire State Trail, grow tourism across Upstate New York, improve resilience of today’s canal communities and ensure the economic sustainability of the waterway into the future.”

The project aims to transform Erie Canal, which stretches from Albany, New York on the Hudson River to Buffalo, New York on Lake Erie.

Completed in 1825, it provided a way for shipping goods, as well as a link between New York City east-west via the Atlantic Ocean and the Great Lakes region in the Midwest US.

Interventions are expected to include a pedestrian bridge, a whitewater sports course, and a hospitality destination at Guy Park manor outside Schenectady, New York.

So far, Michael Van Valkenburgh created several designs for these initial projects in the Task Force Plan, while the lead designer is yet been selected.

One rendering shows an overlook and pedestrian bridge proposed by WXY Architecture in the town of Brockport, which would connect the trail to The College At Brockport State University Of New York (SUNY).

“This announcement represents an innovative vision for the enhancement of the 350-mile-long historic waterway into a 21st-century waterway and recreation corridor,” said Alice Shay, an associate in BuroHappold Engineering’s Cities team.

Construction is slated to start this year.  Once complete, the Erie Canal initiative is intended to connect every town, village, and city along the waterway.

It is also expected to link with the Empire State Trail, a 750-mile (1,207-kilometre) trail proposed by Cuomo that would connect Manhattan to Lake Champlain, and Buffalo to Albany.

The plan also proposes building new residential areas along the Erie Canal, called Canalside Pocket Neighborhoods, which have been allotted a separate fund of $100 million (£76 million) of the plan’s $300 million (£230 million).

Another rendering by Michael Van Valkenburgh shows redevelopment of Canastota, New York – a town about midway along the Erie Canal – with steps accessing the waterfront and paths spanning either side.

Residences are shown to have direct access to the canal, surround a communal green space, and be within walking distance to eating and shopping.

Several canalside attractions and developments are also proposed, particularly schemes that bolster the resiliency of the waterfront sites.

Buro Happold is an international engineering consultancy, founded in 1976 and headquartered in ‎Bath, England. The firm’s other projects include Abu Dhabi’s Louvre by Jean Nouvel and the European Union’s headquarters in Brussels. Its Cities team specialises in large-scale public infrastructure projects including Manhattan’s High Line.