InCommon – The Possibilities of Collective Space. An exhibition designed to create a dialogue about the future of architecture. 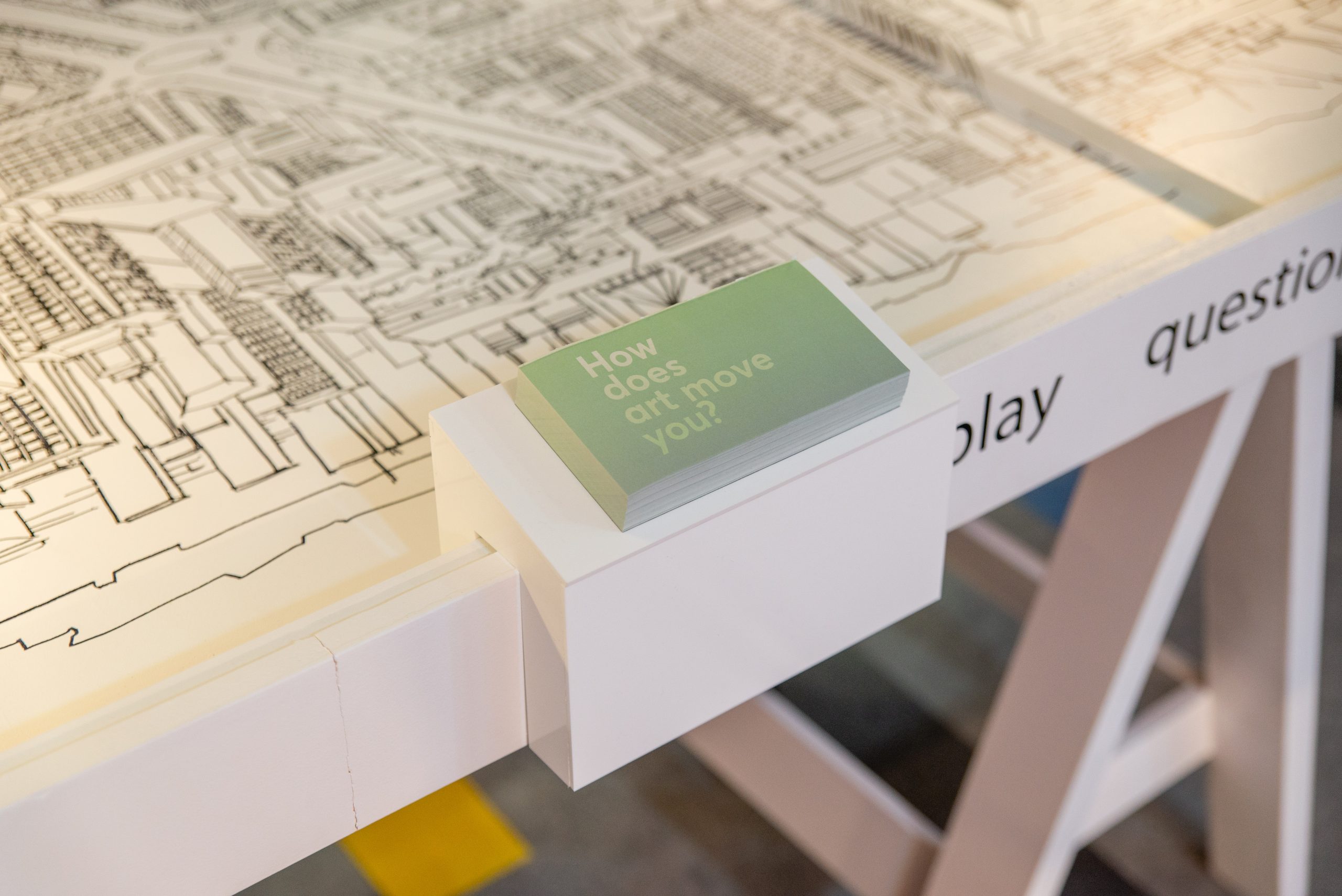 Boogertman + Partners have been invited to present the 2020 opening exhibition for the University of the Witwatersrand School of Architecture and Planning’s academic year. This invitation created the perfect opportunity to partner with FuturePart ( an initiative created by the practice for research and multi-disciplinary design ) to explore how critical reflective thinking can challenge the status quo and prompt new dialogues in the industry.

The resulting installation is interactive, collaborative and most importantly, accessible to the public. It probes The Possibilities of Collective Space by reflecting on the common ground between design, culture and context. The exhibition raises six critical questions that future architectural design will need to consider and not only puts its projects under scrutiny but has invited collaborators outside the practice to participate.

For Nisha van der Hoven (Curator of FuturePart) the theme InCommon, proposes a shift in approach that will foster the dialogue needed to imagine the practice of the future. “We need to find ways to move from the social and spatial narrative of fear, mistrust, weakening social bonds and individualism, to that of inclusion, community and participation.”

The range of participation on the exhibition includes many of the teams at Boogertman + Partners displaying the inner workings of their projects and also extends to new works. Marcus van der Hoven, ( TAKK furniture ) has designed six tailor-made display cabinets that house 15 selected projects that contribute to the dialogue on the six critical questions as one part of the exhibition. Alongside this is a display of inner-city Johannesburg street photography shot by accomplished photographer and lecturer, Sally Gaule, and a hand-drawn amalgamated projects and Johannesburg cityscape drawing on a four-meter long table by Justus van der Hoven. The drawing has an interactive component and displays new content on mobile devices when scanned.

It is a statement of hope and exploration of possibilities while reviewing and exploring the connection or common ground between selected projects and how they bring to life the meaning in the making. “It’s a process,” adds Bob van Bebber ( Director, Boogertman + Partners ) “We don’t have all the answers but want to engage with more people to explore the challenges. “

Two new public benches designed and commissioned by Bob are to be permanently located outside the building after the exhibition has closed. This demonstrates the commitment for everyone to get involved.

‘It is time,” he says “as the leading architectural practice in Africa we have to set up the space for interaction with a broader range of disciplines and try new things.”

The exhibition is on from the 20th of February 2020 to the 14th of March 2020. It is in the John Moffat foyer on the East Campus of the University of the Witwatersrand. It is open from 9 am – 4 pm during the week and from 9 am- 1 pm on Saturdays until the exhibition closes. Safe parking is available on campus on the Yale Street entrance to the Planetarium. Details of the exhibition can be viewed on the website www.futurepart.co.za.

Private and group walk-throughs of the exhibition with Bob van Bebber and Nisha van der Hoven, curator of the exhibition, can be arranged through appointment by contacting Glenda Venn, Marketing Manager at Boogertman + Partners on +27 (0)82 087 1538 or emailing marketing@boogertmanjhb.co.za

Bob van Bebber is a Senior Director at Boogertman + Partners where he has spent the last 21 years spearheading the conceptualisation and delivery of many of the practices large complex projects. From Soccer City, the main stadium for the 2010 FIFA World Cup, to large mixed-use precincts as well as the largest single tenanted corporate Head Office in the Southern Hemisphere for Discovery Health. Bob has also judged various categories at WAF since his category win for the stadium in 2010. He was also successful with a win in the Future Cultural Category for the Wangari Muta Maathai Museum in Kenya. Bob was instrumental in the practice being a founding partner of the South African Green Building Council, as well as the establishment of the Graduate School of Architecture Boogertman + Partners International lecture series hosted by the University of Johannesburg. He was recently recognised by the South African Professional Awards as the

winner of the Professional of the Year – Architecture Class as well as the Overall Professional of the Year for 2019. Bob’s passion extends into urban design, interior design and education. This has led to the formation of FuturePart, an embedded research and knowledge gathering and sharing platform, wherein his role as Director he drives the thought leadership group within the practice.

Nisha is an architect working as a consultant to Workshop 17 and the curator of FuturePart on behalf of Boogertman + Partners. She worked for 12 years at Boogertman + Partners before starting her own consultancy, Hoven Design. Her interest in practice is shaped by a keen understanding of shared workspace design and a mutli-disciplinary approch that extends from fashion design to furnitutre design. In her role as curator of FuturePart she has led the practice’s first academic body of research on Privately Managed Public Spaces which was presented at the Unviersity of Cambridge School of Architecture in November 2019.

Justus is an architect and property developer living in Johannesburg. He has more than 10 years of experience in the industry, gained by completing a number of large-scale commercial projects, most notably the Firestation in Rosebank. Justus’ background in architecture and urban design brings a unique perspective to his development projects. He has a passion for drawing and produces large format city drawings of African cities. These take the form of mural installations, ink-on-paper drawings or storyboards on long rolls of till-slip paper. Justus’ drawings depict cityscapes from a speculative future and cover subject matter such as intense urban sprawl, mass densification, vertical townships and the ultimate sustainability of cities. He also produces works in collaboration with FuturePart in a variety of media such as drone photogrammetry, painting and film.

The work of Takk Studio is best understood as an immersion into assembly. Blending traditional design aesthetic with a contemporary finish, the outcome of the studio’s work is unapologetic in form, polite in function and playful in space. Headed up by Architect Marcus van der Hoven along with his team of talented designers and makers, Takk Studio creates furniture with a unique spatial quality. Having won best emerging creative through Design Indaba South Africa, Takk Studio is recognized as a furniture production studio that is always pushing the field of design in South Africa. Based in Johannesburg, Takk Studio aims to define a new aesthetic voice within the fascinating vernacular of South African design.

Sally Gaule is a senior lecturer in the School of Architecture and Planning at Wits University. Her research focuses on South African photography; she is currently engaged with researching the work of two African photographers: William Matlala and Victor Matom. Gaule has also exhibited her photographs locally and internationally and has held a number of solo exhibitions in Johannesburg.

Alexandra is an architecture student currently completing her masters at the University of Witwatersrand. Her design is rooted in minimalism and place-making within the South African context. She holds senior national colours for waterpolo, is a food enthusiast, an experimental seamstress in the making and plant mom.