Invasive alien plants and their impact on water use 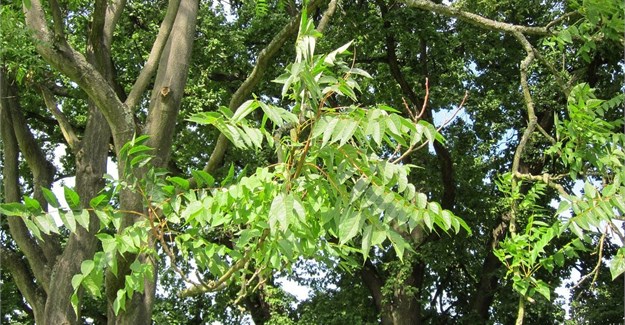 Experts warn that in addition to the energy crisis, South Africans face another looming disaster in the form of severe water scarcity. The Department of Water and Sanitation warned that unless urgent actions are taken, South Africa will experience a water shortage of approximately 3,000 billion litres by 2030.

In the summer of 2017/18, the southwestern Cape experienced the cumulative impact of one of the worst recorded droughts in history. Over 30 000 jobs were lost in the agricultural sector alone; many farmers lost the battle against the drought and left their farms while Cape Town prepared for dry taps. It is expected that not only the likelihood, but also the severity of extreme climate events, will increase soon.

The impact of invasive plants

In South Africa, alien plant invasions reduce mean annual runoff by 1,4 billion cubic metres, which is the equivalent of 577,600 Olympic swimming pools. Considering the water prospects we are faced with, it is not a situation that we can afford. Although the National Working for Water programme has cleared 2,5 million hectares of invasive plants since its inception over 20 years ago, this represents merely a fraction of the total invaded area.

Alien plants have several negative impacts on landscapes. Invasive plant fuel loads increase fire intensity and severely compromise the recovery of natural vegetation. Pine trees, for example, burn up to ten times hotter than fynbos, and fires in pine-invaded areas are difficult to bring under control. More than half of the total area burned during the 2017 Knysna fires was invaded by pines, which contributed to the severity of the fires that cost people their homes, livelihoods and lives.

Invasive plants are water guzzlers that adversely affect available water resources. In addition to compromising the ability of catchments to store water for steady release throughout the year, invaded and burnt catchments are stripped of soil, resulting in rapid runoff after rain and causing erosion, siltation, flooding, and damage to property and infrastructure.

Controlling invasive plants is a costly undertaking that requires long-term commitment, resources and a heavy dose of grit. Government encourages the clearing of private land through incentives such as the Land User Incentive (LUI) programme and holds landowners accountable for complying with the Alien and Invasive Species Regulations of the National Environmental Management: Biodiversity Act (Act 10 of 2004, or NEMBA).

The LUI programme involves herbicide assistance or funding to control invasions under certain conditions. However, due to limited resources, programmes cannot assist all landowners. This means that landowners must find efficient, cost-effective ways to control invasive plants on their property.

A combination of control methods can be used to control invasive plants. Here hand tools are used.

Invasive plants multiply rapidly once they are established in an area, which increases clearing costs and compounds adverse effects on the environment. Rather than wait for government to approve applications for assistance, it is best to take action.

Start by developing an invasive plant control plan. This plan assists with scheduling clearing actions, allocating resources and selecting the best clearing strategies. Landowners need a control plan to qualify for assistance under the LUI programme and to demonstrate compliance with NEMBA.

Here are a few golden rules to consider when clearing invasive plants:

• Avoid taking on too much and divide the property into smaller portions.
• Follow a systematic clearing programme and make provision for multiple follow-up interventions.
• Tackle sparsely invaded areas first, then gradually clear more densely invaded areas.
• Although felling a single pine in the landscape may sound like a waste of time, it saves time and money in the long run as it halts the further invasion and seed pollution.

Use a combination of control methods such as felling, lopping and hand-pulling, and applying herbicides. Another approach is to use natural enemies as biological control to manage invasive plants. It is not only cost-effective, but it is also environmentally friendly. Biological control is often overlooked because landowners are unaware of it or they do not know where to ask for assistance. Organisation such as Working for Water or LandCare can assist landowners with biological control programmes.

When plants are introduced to areas in which they do not naturally occur, they arrive at their new destinations without their natural enemies, such as herbivores or pathogens, which gives them a competitive advantage over native vegetation. When these plants adapt to the climate and environmental conditions in their new habitat and survive without help, they become invasive.

When considering biological control as a method, landowners should keep in mind that success depends on a few crucial factors. Sufficient numbers of insects must be released. Biological control works best on dense invasions and it takes time for the insects or pathogens to do their work. The key is not to rely on only one control method but using a combination instead.

Utilising invasive plant material can offset the cost of clearing to some degree. For example, wood chips can be used as mulch during the hot summer months to reduce evaporation and reduce water usage. However, care should be taken not to chip the seeds to avoid the invasion of new areas. Other uses include firewood, biochar or charcoal production.

Collective action from government, industry and landowners is needed to avoid the negative, costly consequences of invasive plants on our natural resources. The longer alien plant invasions are left, the more expensive and difficult they become to control. We cannot afford to wait.

This article first appeared on Bizcommunity