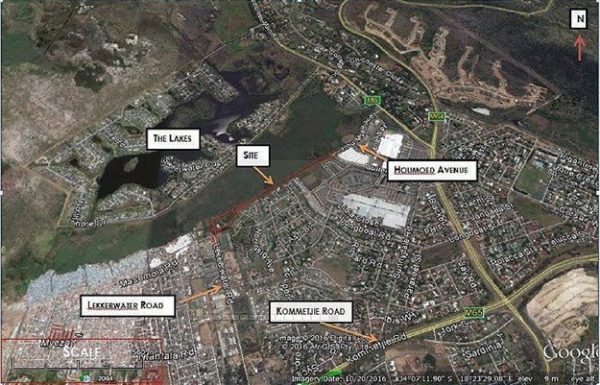 For the past two decades, City of Cape Town transport planners, environmentalists, civic groups and local residents have locked horns over a controversial proposal for a new road link through part of the extensive Noordhoek wetlands system in the southern Peninsula.

Wetlands are among the most threatened ecosystems both globally and nationally, and the Noordhoek wetlands are classified by the city itself as an aquatic “Critical Ecological Support Area” in a biodiversity conservation plan.

Not surprisingly, the road proposal is being hotly contested on environmental grounds, such as its potential impacts on endangered species like the Western leopard toad and on “ecological goods and services” like flood attenuation, sediment trapping and natural water filtration.

But there is another central objection that is significant for all proposed development projects. This relates to the statutory requirement for consultants who manage the environmental impact assessments of such projects to be independent and impartial. No-one is allowed to be both player and referee when it comes to the environmental decision-making process for projects.

In the case of the Noordhoek wetlands road project assessment, objectors have raised a substantial question mark over this aspect, and the outcome will be keenly watched.

The city has been determined to construct the road, calling the project “critical road infrastructure” in an area that has been severely hit by traffic congestion for years. The city says that the road will benefit everyone in the Noordhoek valley, which includes the suburbs of Sunnydale, Masiphumelele and Sun Valley.

The 1.2km Proposed Extension One of Houmoed Avenue, Sunnydale, involves extending an existing section of the road that runs along the eastern side of the wetlands – known as the Pick ‘n Pay Reedbed Wetlands – near the Longbeach and Sun Valley shopping malls, to link up with Lekkerwater Road to the south-west.

Phase two of this project – not yet decided – is the planned further extension to connect Lekkerwater Road to Fish Eagle Park in the west, via Masiphumelele.

The project was first approved after an application process that started in 2002. But that approval was overturned in 2004 by then environment MEC Tasneem Essop who upheld appeals against it.

In 2016, the city formally resurrected the project, and late last year the provincial authorities issued an environmental authorisation for the new road link that will in theory help resolve traffic gridlock in the rapidly urbanising Noordhoek Valley, among other benefits.

But a raft of new appeals were duly filed before the closing date at the end of January. These will be adjudicated by local government, environmental affairs and development planning MEC Anton Bredell, probably within the next couple of months.

But whichever way his decision goes, it is likely to result in a further stalemate that could continue to drag on for years – either in court, or by starting the assessment process from scratch, depending on what he decides.

At issue here is the alleged lack of independence of environmental practitioner Sadia Chand, who managed the basic assessment process for the city (the applicant) through her company Chand Environmental Consultants, and of the company’s alleged bias in favour of this project, instead of being strictly neutral as required by environmental assessment regulations.

The company was appointed to manage both the public participation process and the basic assessment process. These are legal requirements in terms of the National Environmental Management Act (NEMA).

Founded in 1998 by Chand, the company bills itself on its website as “an all-female, black economic enterprise (BEE) / affirmative business enterprise (ABE) offering a full range of environmental, sustainability and risk management services… [that] also specialises in public participation processes”.

Chand herself is described in her CV attached to the Houmoed project documentation as an environmental specialist with extensive training and experience. She has been involved in numerous environmental assessments and public participation processes, including many for the city and several of which relate to transport infrastructure and road developments – including the public participation/information process for the Kommetjie Road upgrades project for the city.

What Chand does not disclose in her CV or other Houmoed project information documents is that she is a director of civil engineering construction company Martin & East, a well-established local company that has been the lead contractor in the city’s drawn-out Kommetjie Road upgrade project.

Part of the original motivation for the Houmoed Avenue Extension was for it to act as a temporary traffic alleviation measure while the Kommetjie Road upgrade was underway. But this has become moot because the upgrade is now just weeks from completion.

Appellants, backed by a legal opinion, argue that Chand’s directorship should have disqualified her from managing the environmental impact assessment process for the Houmoed project and that this should have been brought to the attention of the relevant authorities for formal investigation, but wasn’t.

According to a 45-page appeal compiled on behalf of 240 appellants by Simonstown-based environmental consultant Andre van der Spuy, “… there exists a reasonable apprehension of bias as a result of a potential conflict of interest on the part of the Sadia Chand …”.

The appeal argues that even the mere apprehension of bias is sufficient reason to have a judicial review of the matter.

The appellants also argue that Chand ‘s company displayed “sustained applicant-based bias” throughout the assessment process, and from the outset aimed to produce a “pre-determined” recommendation that the project should be approved.

Responding to GroundUp, she said that in the context of the environmental process conducted for Houmoed Avenue Extension she was not legally compelled to declare her directorship of Martin & East as the two issues were “unrelated”.

“I serve on the board of Martin & East, guiding the company on environmental, social and governance matters.

“Chand [Environmental Consultancy] was appointed via HHO Consulting Engineers to undertake the environmental process on the Houmoed Avenue Extension (Phases 1 and 2) on behalf of the City of Cape Town.”

She acknowledged that a temporary road link to accommodate traffic during the construction phase of the Kommetjie Road Project had been considered as a possibility in the original tender awarded to Martin & East.

“This possible scope of work, however, was no longer relevant in terms of Martin & East’s contract for Kommetjie Road when the city decided to pursue environmental authorisation for a permanent road link. Note that [neither] Chand as a company nor Sadia Chand as an individual had any part to play in the City of Cape Town’s adjudication of the Kommetjie Road Project tender, nor did Martin & East have any role to play on Chand being appointed to undertake the environmental process for the Houmoed Avenue Extension: Phase 1.”

Chand said it was possible that the proposed road link would be approved. If this happened, it would be up to the city to decide whether to proceed with the project or not, and it would be bound by supply chain management processes and the Municipal Finance Management Act in awarding any contracts.

Chand also said her company would provide “thorough feedback” to the allegations of bias for consideration by Bredell in making his appeal decision.

Bredell’s department had not responded to a request for comment at the time this article was submitted for publication. 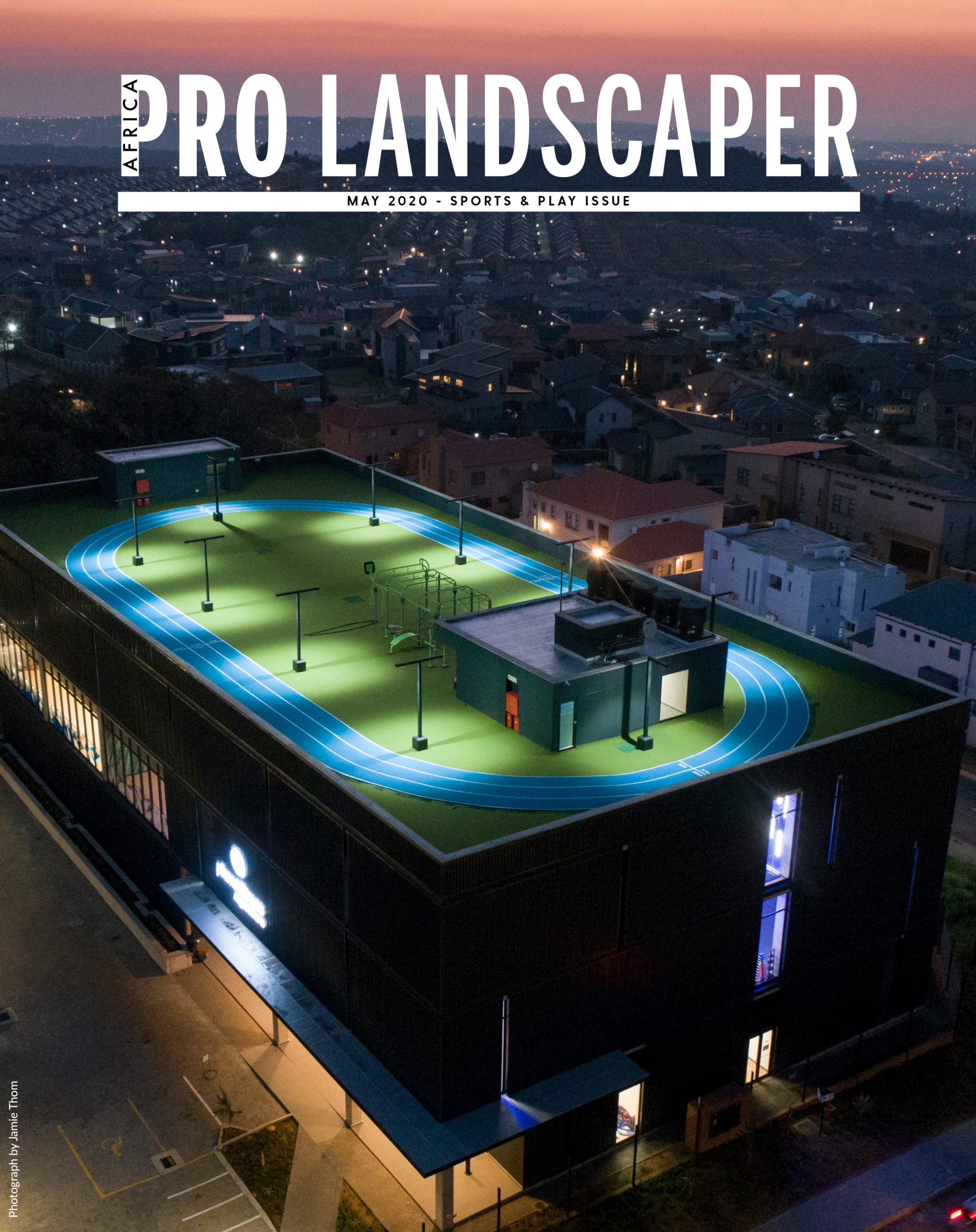