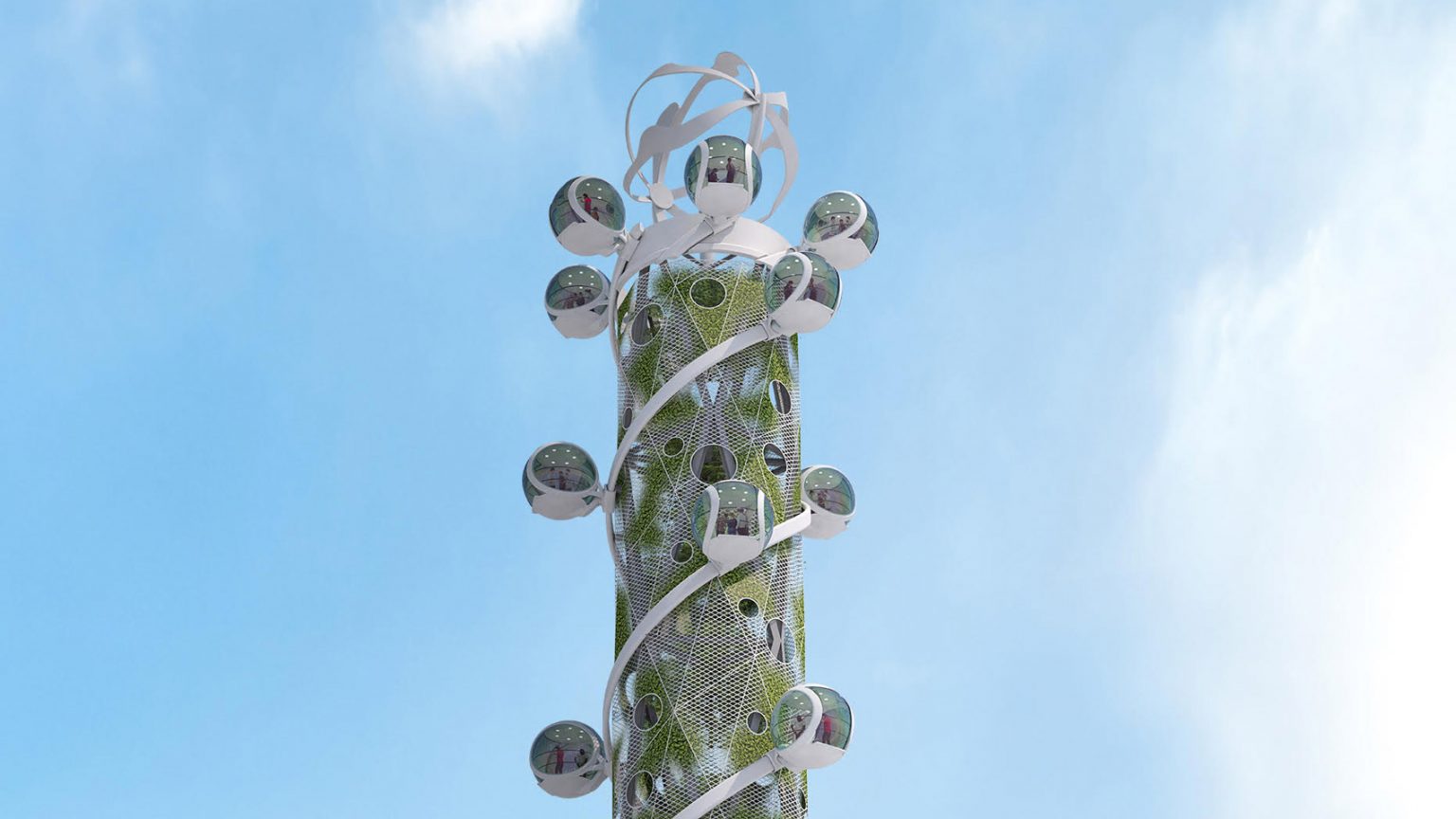 A consortium of Dutch companies has developed a concept for a visitor attraction with passenger cabins spiralling up and down its facade and powered by solar panels and wind.

Engineers KCI, electrical specialists Bosch Rexroth, steel experts Hillebrand and creative agency NorthernLight are the four companies from the Netherlands that collaborated on the piece of conceptual architecture.

Its designers claim it will be the world’s first “climate-neutral high-rise attraction”.

A windmill would sit at the top and solar panels would be integrated into the mast, along with vertical gardens. As the cabins roll back down the mast they could also generate electricity.

Standing between 60 to 150 metres tall, the Spiral Tower’s steel central mast could hold between four to 16 cabins.

The design team said they took the idea of an observation wheel such as the London Eye and redesigned it to have a smaller physical footprint – and the ability to generate its own sustainable power.

“The innovative construction lets autonomous electric cabins, that on their way down regenerate energy like an electric car, magically spiral up the tower,” said Bosch Rexroth sales manager Peter Doesburg.

Up to 12 people could ride in each cabin, and the attraction would take between three and 10 minutes to corkscrew the riders up to the top and back down again.

NothernLight, along with the rest of the consortium, is now looking for a backer to make the Spiral Tower concept a reality.  They estimate such an attraction could bring in between 500,000 and three million people a year.Related storyFoster + Partners proposes 305-metre-tall tourist viewing tower for London

At 135 metres high, the London Eye is the UK’s most popular paid tourist attraction, bringing in three million people a year and attracting corporate sponsors such as Coca Cola and Lastminute.com. It was designed by architects Julia Barfield and David Marks of Marks Barfield Architects and opened in 2000.

Marks Barfield Architects also designed the 162-metre-high British Airways i360 viewing tower in Brighton, featuring a doughnut-shaped observation deck that glides up and down a pole overlooking the seaside.

Foster + Partners is currently trying to get planning permission to build The Tulip, an attraction in London that would see cabins rotating off the sides of a 305-metre-high tower.

This article first appeared on Dezeen.