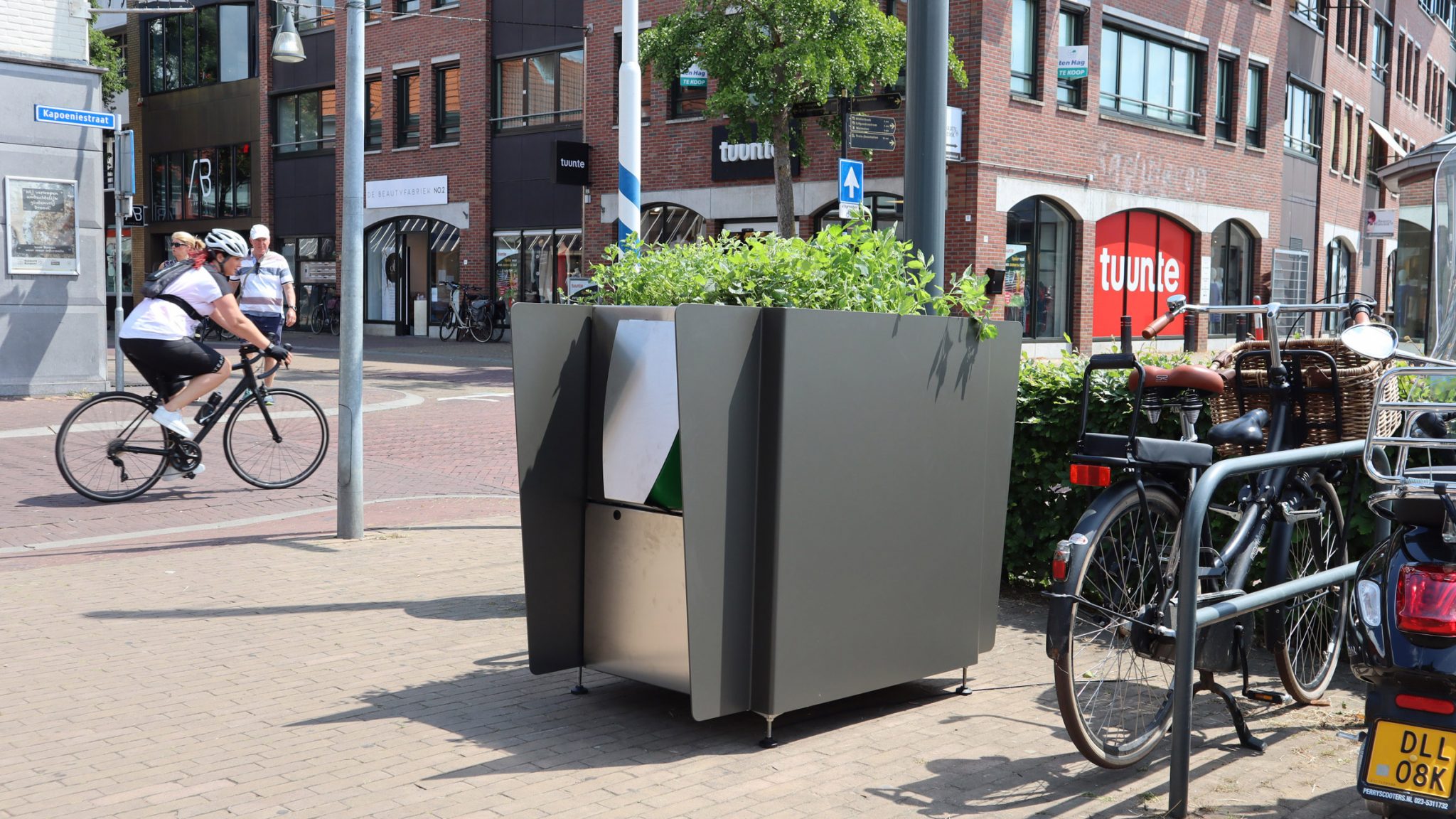 Dutch company GreenPee has installed eight hemp-filled sustainable urinals in Amsterdam to combat an increase in people urinating in the streets after the coronavirus lockdown ended.

Amsterdam council rushed to install the public urinals in the city centre as tourists returned and pubs reopened.

Users urinate into the openings on the sides of the GreenPee planters, which have an internal tank filled with hemp fibres from the cannabis plant.

The tank is emptied when full, and levels can be checked manually or by using a smart sensor that sends a message when it’s nearly full.

Once emptied, the mix of urine and hemp can be used for organic fertiliser for the city’s parks, roof gardens and urban farms.

Amsterdam city council first collaborated with GreenPee in 2018 when they installed four of the urinal planters.

“Independent evaluation showed that there was  50 per cent decrease in wild peeing after installing the GreenPees”, GreenPee inventor Richard de Vries told Dezeen.

“So Amsterdam wanted to expand the project and place more GreenPees in the central district of the city.”

Despite global reports of the coronavirus lockdown creating a lack of public toilets, it has caused a drop in demand for the GreenPees, de Vries said.

“Cities told me there are no people on the streets, so there is no need for public facilities,” he said. “Hopefully this will change and there will be no further lockdowns in the near future.”Related storyOutdoor urinal designers offer solutions to pandemic public toilet problem

As Holland’s lockdown eased up Amsterdam’s council decided to install the new urinals, which had been ordered in 2019 and on hold since February.

“Last month, more tourists came to Amsterdam and the pubs opened, so more people were on the street and there was more nuisance from wild peeing,” de Vries said.

The latest models have been adjusted based on feedback from the first four and now have more privacy and more openings to pee in. The company also designed a special, slimmer model that can be placed in narrow alleyways.

GreenPee has also installed urinals in Dutch cities Vlaardingen and Beekbergen, as well as Mechelen and Genk in Belgium.

De Vries says the planters can save thousands of litres of drinking water as they don’t need to be flushed with litres of water, unlike traditional urinals.

GreenPee is also a more sustainable option because it converts the urine into organic fertiliser for plants.

“Urine has a lot of phosphates in it and the phosphate mines are drying out so this is a very good sustainable alternative that we would otherwise flush down the toilet,” said de Vries.

As well as being decorative, the urinal’s planters act as micro-ecosystems for insects.

This Article was first published on Dezeen. For the original click here