Iconic Sandton building gets a facelift 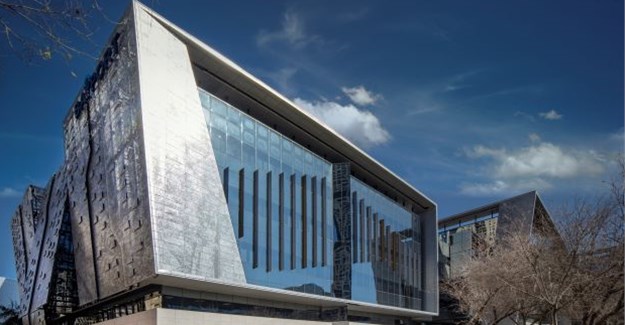 Since 2016, the City of Johannesburg has embarked on an ambitious programme to renovate its iconic but dilapidated buildings throughout its suburbs, and while the 3 Alice Lane building was renovated by its owner, it continued this familiar trend of restoring older buildings in the city. Not only is a restoration significantly more cost-effective than rebuilding, but if properly planned, the building can continue to operate during restoration.

“We fitted a new glass and aluminium façade to bring the 40-year-old building, situated in the heart of Sandton, in line with its iconic neighbours, one of which is The Leonardo and Michaelangelo Towers. The project was commissioned by the Public Investment Corporation for its tenant Bayport Financial Services, designed by ARC Architects and the renovation took 18 months to complete.” says Pherdy le Roux, managing director at GVK-Siya Zama’s regional business in Gauteng.

Abland has completed the third and final building of its Alice Lane project in Sandton. Number 11 Alice Lane is the new home of law firm Bowmans…

“The five-storey building was built in the ‘80s and the dated precast concrete panelling and flush window design detracted from the value of this prime property in the economic heartland of Johannesburg.”

The most significant part of the renovation was the addition of the new façade, which required specialist construction skills which seem to be all but lost with the demise of so many of the big names in South African construction.

“The new façade consists of a full glass wrap of the building with a ventilated tiling system cladding the ground floor. The east elevation facing Alice Lane features a perforated aluminium screen with a design of trees in the panelling. Blue LED lights backlight the screen to highlight the perforated design at night.”

The north elevation was divided into three sections with an eyebrow, wing cladding and a tongue frame highlighting these. All three sections were constructed of powder-coated aluminium to fit in with the design aesthetic of the suburb.

The fact that the building was live with more than 600 people working there during construction proved challenging in terms of safety, noise and access. Specially designed cantilever scaffolding had to be used to allow all work to be done on the outside of the structure.

To minimise noise, GVK-Siya Zama did not use conventional construction methodologies but instead found alternative construction methodologies which were instrumental in making the project feasible. As is common with façade installations of this nature, the work required exacting precision, even more so due to the use of different materials, such as glass, structural steel, tiling and aluminium cladding.

Le Roux adds that due to the duration of the work and the fact that the building was occupied during the project, the structure had to remain watertight for the entire period. In addition, the discovery of unexpected asbestos and services during construction added to safety concerns and complexity of the task and had to be mitigated.

Adding a new façade to an old building is a challenge. “We do a lot of façades in the normal course of our work, but working on an old, fully occupied building requires additional care and planning. In the end, all kudos to the client and the architects. This new skin has really brought the building to life again, probably adding a good few decades to its appeal. Renewing buildings presents landlords with a viable option to keep their assets current by adding decades to the life of a building at relatively low cost,” he says.

This Article First Appeared on Bizcommunity, for the original click here