New City attraction ‘Durban Eye’ gets the go ahead 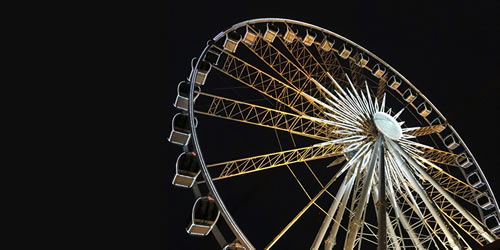 THE harbour entrance has been earmarked for the construction of the City’s newest attraction, the “Durban Eye”. The R450 million giant ferris wheel project will form part of the Point Waterfront Precinct and is a joint project of the Economic Development and Planning Cluster together with the Real Estate Unit.

The Durban Eye proposes a major economic boost and tourist attraction that will enhance the point precinct offering and complement the recently opened Point Promenade. Authority to enter into negotiations was approved at a Full Council meeting on 30 September to lease a portion of land owned by Transnet National Ports Authority and enter into a sublease agreement with a private sector operator for the sole purpose of developing and operating the Durban Eye with its associated offerings.

The development is expected to be advertised and awarded to the preferred investor/consortium development by November with the goal of having the ferris wheel operational by March 2021. The Point Waterfront Infrastructure Programme (WIP), approved by Council in 2016, is expected to roll out three work packages, two of which have been completed.

Work package one saw the water and sewerage reticulation upgrade along Mahatma Gandhi Road followed by work package three which was the extension of the Point Promenade. Currently work package two is being implemented that will see watermain upgrades along Mahatma Gandhi and
Anton Lembede roads. WIP is a R650 million combined investment which represents public investment towards the Point Precinct and is intended to attract private sector development within the area and the greater inner city.