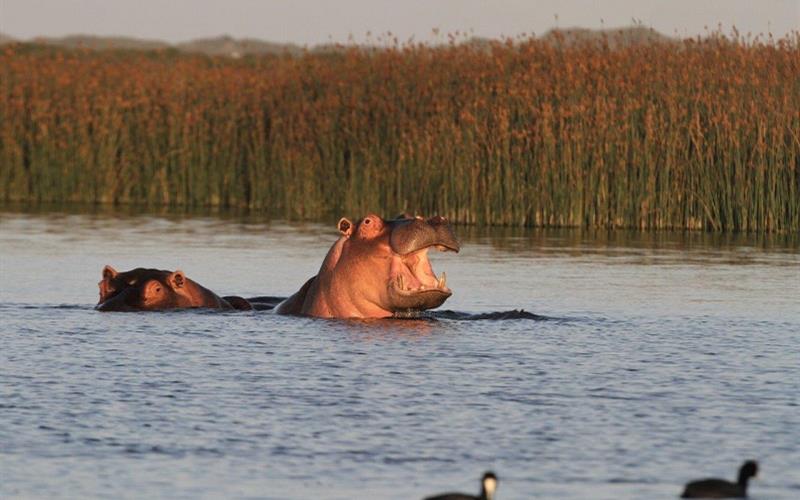 The City of Cape Town’s Environmental Management department recently celebrated some of the Biodiversity Management accomplishments for 2020. The significant fauna and flora biodiversity finds of the year are always an exciting achievement for the passionate nature conservationists on the team. The Elandsberg Paintpetal which was found at the Joostenbergskloof Conservation Area, came out tops in the Flora category and the two indigenous fish species, Cape Kurper and Cape Galaxia, which were found in in the Bottelary stream near Haasendal, were credited as the Fauna find of the year. The department also celebrated staff members, teams and nature reserves, at its virtual annual Biodiversity Management Branch awards ceremony.

The City of Cape Town’s Biodiversity Management branch worked hard at conserving the biodiversity and maintaining the natural beauty of its 21 nature reserves throughout the lockdown period in particular. The Environmental Management department recently paid tribute to the various reserve teams for their outstanding efforts and achievements during this challenging year.

Staff eagerly submitted their best 2020 images, which highlighted some of the incredible scenes, plants, animals, visitors and facilities found at the City’s nature reserves.

The selected flora find of the year, the Elandsberg Paintpetal (Codonorhiza elandsmontana) is an endangered species and was found at the Joostenbergskloof Conservation Area. This species was only described in 2015 and was a record for the City of Cape Town. It is a huge range extension for the species.

Two indigenous fish species, the Cape Kurper (Sandelia capensis) and Cape Galaxia (Galaxia zebratus) found in the Bottelary stream near Haasendal were the fauna finds of the year.

This year posed an enormous challenge with the country going into lockdown, and the nature reserves being closed as a result. However, thanks to the dedicated Biodiversity staff members, the City’s nature reserves have come out stronger than ever.

‘The work achieved by the City’s nature reserves this year would not have been possible without the staff’s commitment, work ethic and willingness to adapt during the lockdown periods. They have been outstanding,’ said the City’s Mayoral Committee Member for Spatial Planning and Environment, Alderman Marian Nieuwoudt.

This year’s Team of the Year Award went to the staff members at the False Bay Nature Reserve (FBNR), and staff of the Invasive Species Unit (ISU).

The Environmental Management Department recognised the managers and staff at FBNR for their adaptability. Due to the location and make up of FBNR, operations vary from terrestrial to aquatic and marine day to day. Managing the FBNR requires a committed team that is versatile, which is exactly what the FBNR team represents.

The ISU faced many challenges this year, but also proved how resilient and resourceful their staff are. The team demonstrated their ability to work effectively as a team and managed to reach their job creation target.

The Reserve of the Year Award went to a privately-owned conservation stewardship site, the Joostenbergskloof Conservation Area and the runner-up is the Helderberg Nature Reserve, a firm favourite with staff and the public.

‘One of the greatest wins for the City’s Helderberg Nature Reserve this year was to see a significant increase in first time visitors wanting to explore and enjoy nature after the lockdown regulations were relaxed. This is encouraging for the staff. The best reward is welcoming new, curious and excited visitors to explore the vast natural beauty on their doorstep. Seeing our residents appreciate the environment and all that our reserves have to offer makes all our efforts to maintain the conservation areas and their biodiversity all the more worthwhile,’ said Alderman Nieuwoudt.