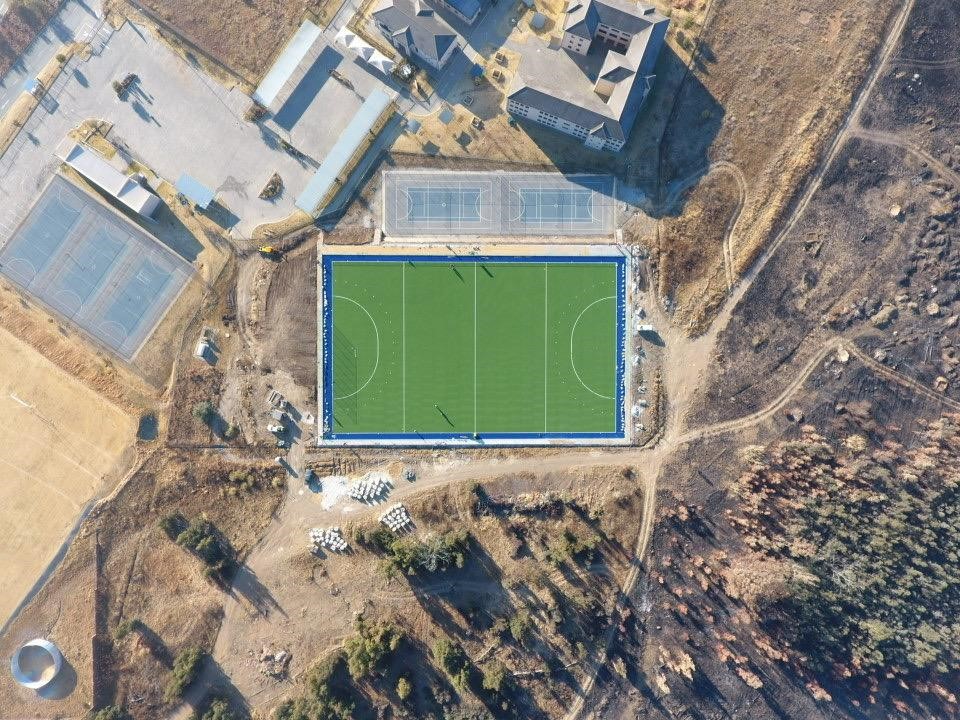 Because sport keeps youngsters healthy, helps with balance and co-ordination and teaches life skills through team work, youngsters who are not likely to find themselves heading for the Springbok or Protea squads are nevertheless encouraged to explore alternative activities rather than become couch potatoes who are hooked on computer games.

As a result, more and more clubs and schools are investing in artificial turf hockey pitches.

Phillip Prinsloo, Sales Manager for Turftech, says that, in addition to hockey, these pitches also enable schools and clubs to host junior cricket as well as recreational soccer and netball or even general fitness and conditioning sessions.

Turftech Operations Manager, Wayne Reed, adds that most established schools are now finding that the traditional grass fields of yesteryear aren’t suited to modern day fitness activities. They certainly aren’t level or smooth enough for a fast paced game of hockey, he says.

Reed says that, while club members or learners have been away during the Covid pandemic, there has been a chance to upgrade sporting facilities during this period.

One such school was Curro Helderwyk which has just completed the installation of the first FIH (International Hockey Federation) specification hockey field in Gauteng’s Brakpan area.

The newly-installed Rhino-Turf artificial hockey pitch comes with a number of advantages including a much smoother, international quality playing surface. In addition to providing the dedicated space for hockey which many schools lack, it is also ideal for year round practice sessions.

“Previously, hockey wasn’t offered at the school as there wasn’t sufficient space or facilities. The fields that we have were developed for soccer and rugby. These grass fields weren’t big or level enough for hockey. The addition of the artificial hockey pitch will be hugely impactful for the school,” says Dot Mthembu, Curro Helderwyk sports’ director.

KLS Consulting Engineers (Primary Consulting Engineers to Curro Holdings Ltd) initially received the design brief from Curro Holdings to design an artificial turf sports field on top of an existing platform at Curro Helderwyk High School.  During the initial investigation it was established that the existing platform size was not sufficient to fit a full size FIH specification synthetic turf hockey field.  A design proposal was provided to increase the existing platform size by means of bulk earthworks activities and the introduction of a vertical retaining wall which included seating along one of the boundaries.  The design also included a custom underground drainage system and pavement design to address the substandard existing ground conditions. Turftech was subsequently appointed as specialist contractor to implement the works.

Although Turftech and the school had to deal with challenges that included trucking in materials into a residential estate, keeping to strict dust and noise levels and working to designated hours so as not to disturb the neighbourhood, the investment was invaluable for the school, Reed believes.

Mthembu agrees, saying that the newly installed facility will better position the school to attract well-rounded pupils. It not only benefits the school hockey players but also enables the school to host events and tournaments on home turf rather than having to travel to other venues.

Prinsloo adds that the investment was also a sound environmental decision and one that would ultimately result in savings on water bills.

“The artificial turf hockey pitch is the most water-wise option, which is particularly vital with water becoming such a scarce and expensive commodity,” he points out.

Turftech (Pty) Ltd offer a turnkey solution and are specialists in the design, construction, development and maintenance of sport facilities including both natural and synthetic fields for soccer, rugby and hockey fields as well as for cricket and synthetic running tracks. Turftech also build’s traditional hard courts or synthetic turf courts to accommodate tennis, hockey, basketball and netball on same court. Turftech together with their turf partners, Rhino-Turf, have brought the latest technology of turf products to the sporting market in South Africa and have successfully installed many artificial sport pitches throughout SA, now having the most FIH certified fields in the country with 6 x FIH National (sand dressed)