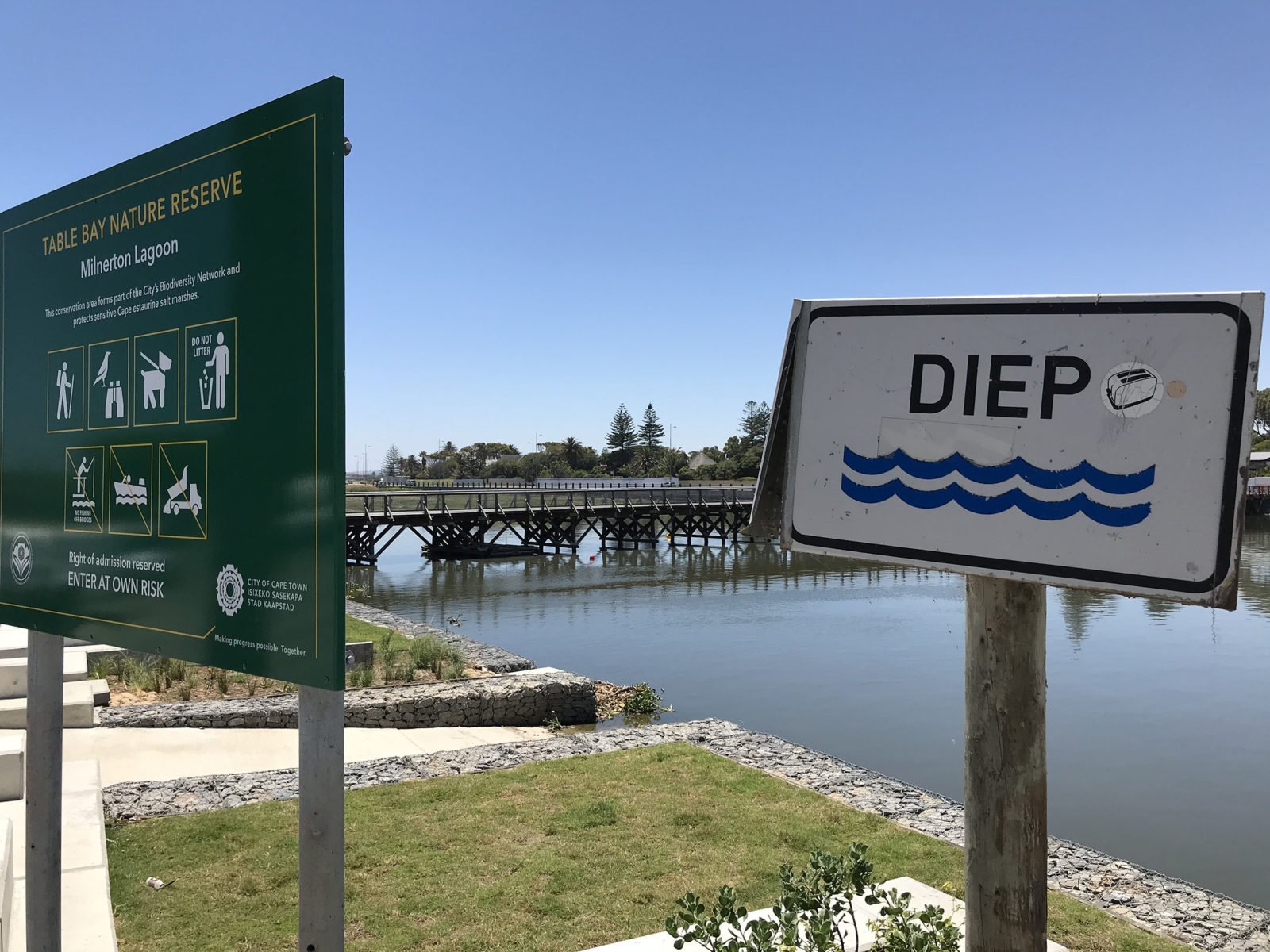 The City of Cape Town welcomes Local Government Minister Anton Bredell’s decision to modify a Directive on the Diep River Catchment to reflect the City’s Action Plan timeframes for the major upgrade under way at Potsdam Wastewater Treatment Works (WwTW), as well as other sewer and stormwater infrastructure projects. Read more below:

Over 50 interventions from the City’s Action Plan are leading to improvement in pollution levels in the Diep River Catchment, one of six critical catchments due to multiple sources of urban and agricultural pollution.

Some of the key conclusions by the Western Cape Government’s (WCG) Department of Environmental Affairs and Development Planning and Minister Bredell as recorded in the decision to modify the Directive, include:

The City provides water quality sampling results on an ongoing basis which demonstrate ongoing improvement. Monthly reports are also made publicly available to subcouncils and stakeholders in the Milnerton and Table View area.

Major infrastructure upgrades are at various stages in the Diep River Catchment. The WCG Directive is now aligned to these timeframes as outlined in the City’s Action Plan, taking into account what is reasonably possible in expediting public procurement processes. Further measures which have already been completed or are not relevant to pollution abatement in the catchment have been removed from the final Directive.

Major infrastructure projects under way include:

An over-arching pollution incident protocol has been completed and will be provided to the WCG in the next month, followed by reports on ongoing efforts to combat sewer blockages, misuse and enforcement of by-laws.

Ongoing by-law contraventions in the Diep River catchment are a significant driver of pollution and remain a major concern for the City as we simply cannot police these 24/7 and need members of the public and businesses to help by complying with by-laws and reporting abuse of the sewer system.

Crisis of unlawful occupation and growing informality along Diep River
Various unlawful land occupations have occurred along the Diep River on both public and private land, particularly during the national lockdown where regulations have inhibited measures to fully protect property from illegal occupation.

We have particularly seen large-scale, organised unlawful occupations and so-called ‘shack farming’ syndicates come to the fore. The City continues to do everything in its power to prevent further illegal occupation of its land in the area.

The City urges all landowners to take appropriate steps to try and prevent the illegal occupation of their land, such as active monitoring, fencing and security measures.

The Diep River catchment is one of the largest in the City at over 1 500 km² in size, half of which falls outside of the metro boundaries in the Swartland. The river and its tributaries are impacted by agricultural abstraction and runoff of fertilisers prior to entering the metro boundaries where unplanned urban development becomes a factor.

The City continues to engage with stakeholders, including industry, provincial and national governments to find ways to address these concerns holistically.