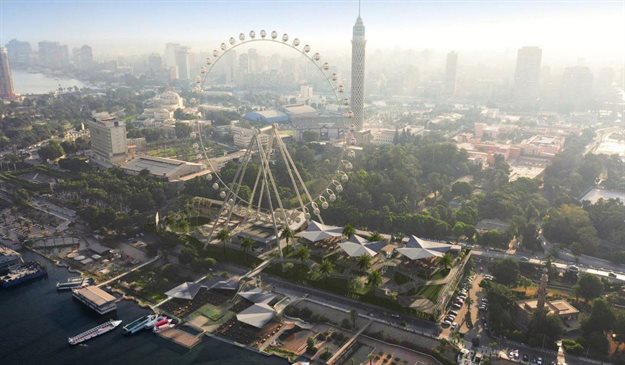 Hawai for Tourism and Investment recently announced the launch of the Cairo Eye project in Egypt, the first observation wheel in Cairo and the largest wheel in Africa. At 120m high, the Cairo Eye, situated in the heart of Cairo, will overlook the Nile River.

The project is set to launch in 2022, aligning with Egypt’s Vision 2030 and the government’s strategic cross-sector development plan. The project is to be an iconic landmark of modern Cairo.

Ahmed Metwally, chairman of Hawai for Tourism and Investment, said that the new project is to be considered a significant jump in the entertainment and tourism sector, analogous to worldwide landmarks in foremost capitals and countries. He further added that the project is intended to attract millions of visitors on an annual basis and hundreds of thousands of tourists, bettering the tourism sector greatly in Egypt, in addition to uplifting the flux of foreign currency.

Cairo Eye is to be the biggest wheel in Africa and the fifth-largest wheel around the world after London, Dubai, Las Vegas, and Singapore. It will provide a panoramic view of the city and will be seen from a distance of 50km and oversee the landmarks of Egypt. The wheel includes 48 cabins with a capacity of six to eight individuals each. It is targeting 2.5 million visitors per annum.

Environmental considerations in its design include the preservation of all the park’s existing trees and palm trees to still be attached to the legacy and identity of the Zamalek area. The design additionally proposes to raise the overall green spaces by 15% from 6,100m2 currently to 7,000m2, according to Metwally.