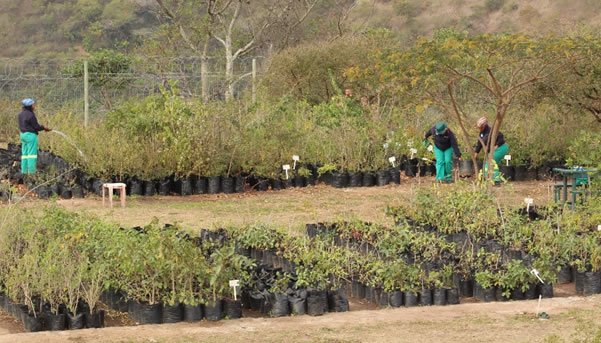 EThekwini Municipality has received yet another global recognition for the Buffelsdraai Landfill Site Community Reforestation Project as it recently made it into Apolitical’s 100 Climate Policy Breakthroughs List.

Apolitical is a global platform for learning, which targets governments employees, with the aim of delivering skills and helping to ensure that governments are more effective and better prepared for the future.

The Buffelsdraai Landfill Site Community Reforestation Project was initiated by the eThekwini Municipality’s Environmental Planning and Climate Protection Department in partnership with the Cleanings and Solid Waste Department, and the Wildlands Conservation Trust in 2008. The aim was to alleviate the climate change impacts of hosting the local elements of the 2010 FIFA World Cup.

The project has progressed substantially since inception, and as of December 2020 a total of 799 030 plant species had been planted in 560 hectares. It is anticipated that the project will sequester an estimated 45 007 tons of CO2 equivalent over a 20-year period.

Over 141 different plant species have been planted and are now thriving at the reforestation site which has also seen an increase in wildlife. The number of bird species, for example, has soared from 91 to 145.

Additionally, over 600 full-time and part-time jobs have been created through the project where unemployed community members are trained to grow plants and make a living through the Indigenous Trees for Life initiative.

Through this initiative, community members – called Treepreneurs – are encouraged to grow indigenous trees in their home nurseries until they reach a suitable height and are ready to be traded at tree stores organised by the implementing agent Wildlands Conservation Trust.

Senior Manager at the Restoration Ecology Branch under the Environmental Planning and Climate Protection Department, Errol Douwes said being on Apolitical’s list of 100 top projects reaffirms the innovative work being done by eThekwini Municipality in building a sustainable future.

“This means recognising how much people are reliant on nature, and that we must work with nature if we are to survive the top crises of this century, including biodiversity loss and climate change. The Municipality is working to identify more ways to restore nature within residential and settled areas, as a means to improve climate resilience and quality of life,” said Douwes.

Other recognitions received by the project include a Gold Standard by the Climate Community and Biodiversity Alliance in 2014, a Gold

Certificate for the KZN Premier’s Service Excellence Awards, and selection into the top ten global projects of the United Nations Framework Convention on Climate Change Momentum for Change Initiative.

Published on behalf of eThekwini Municipality and fist published here