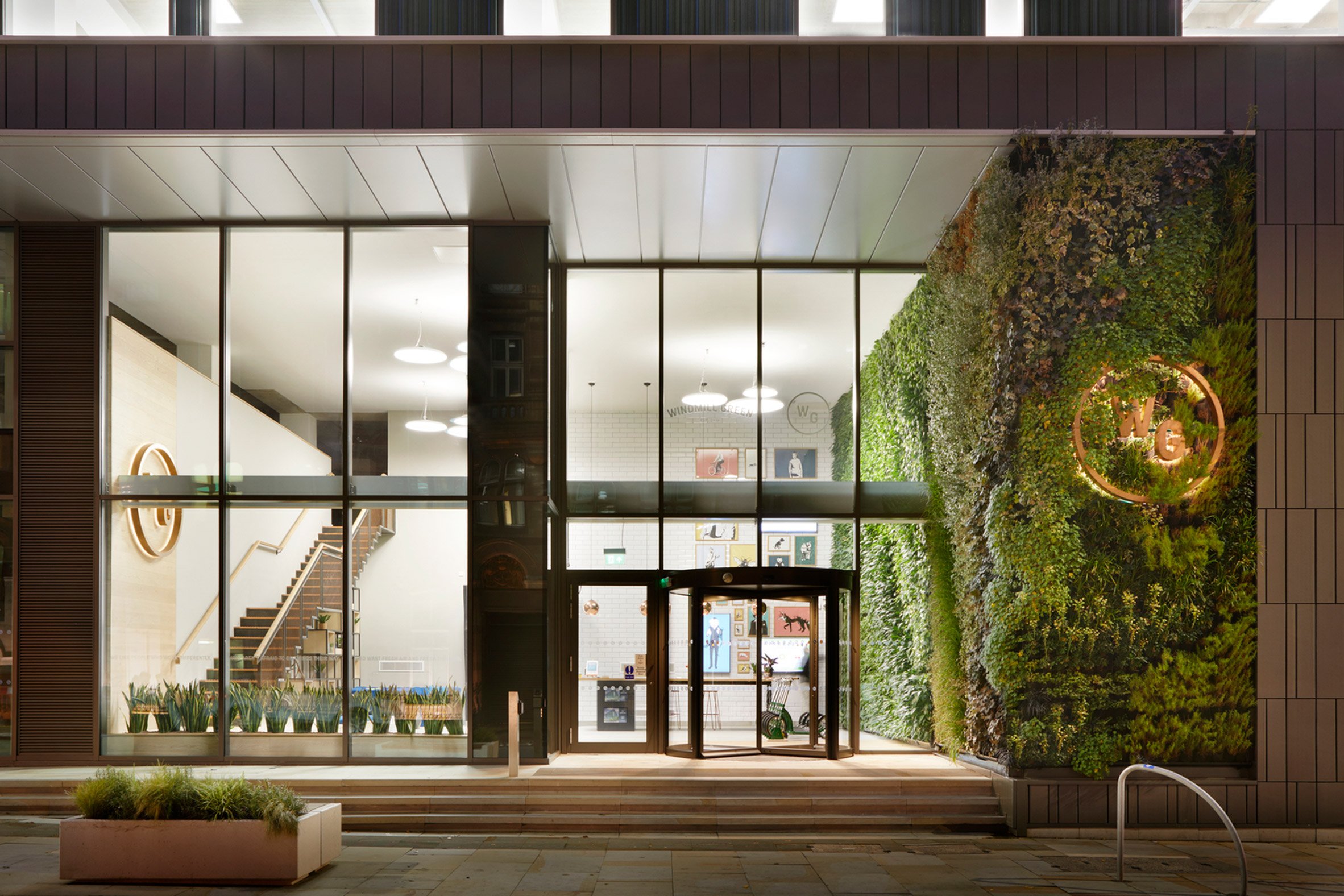 This video produced by Dezeen for TP Bennett reveals how the architecture practice has transformed an old building in Manchester into an “ultra sustainable” mixed-use office building.

Called Windmill Green, the office building is a conversion of an unused 1970s structure in the heart of the city that was due to be demolished.

The site has been transformed into a mixed-use co-working space fitted with several sustainable additions geared towards carbon reduction and biodiversity, such as solar panels, beehives, and what the studio describes as Manchester’s largest living wall.

“Sustainability was a key driver with this scheme and we transferred a derelict and vacant building into an ultra sustainable and high-spec workplace” said Yvette Hanson, the principal director of TP Bennett, in the video.

“At TP Bennett, we bring a deep commitment to carbon reduction to deliver buildings that better reflect the way people live, work and interact, while at the same time fostering a positive social impact,” she added.

Developed in collaboration with real estate investment boutique FORE Partnership, the building features a ground level dedicated to retail and a facade covered with the green terracotta tiles that are typical of buildings in Manchester.

“On the exterior of the building, we decided to use terracotta in reference to the glazed tiles associated with the many historic buildings in Manchester, and the choice of bottle green reflects the city’s rich Victorian heritage,” Hanson explained.

“The terracotta has a wonderful organic quality to it,” she added. “It’s a sculptural form and it has depth.”

On the ground level, the architects added a large living wall fitted with over 4,000 plants, running from the exterior into the building’s double-height reception area, which leads visitors to six levels of office space via a slim industrial steel staircase.

The top floor of the building includes Manchester’s largest communal roof terrace, which can be used by tenants and members of the wider community to host events.

TP Bennett has also added 600 square metres of plant life to the roof alongside a series of beehives to support biodiversity, as well as a fleet of bifacial solar panels that generate energy for the building.

The architects also teamed up with local company Swift Scooters and British bike manufacturer Brompton to provide tenants and community members with free scooters and bicycle hire, encouraging free movement around the city.

This article first appeared on DeZeen. For the original click here