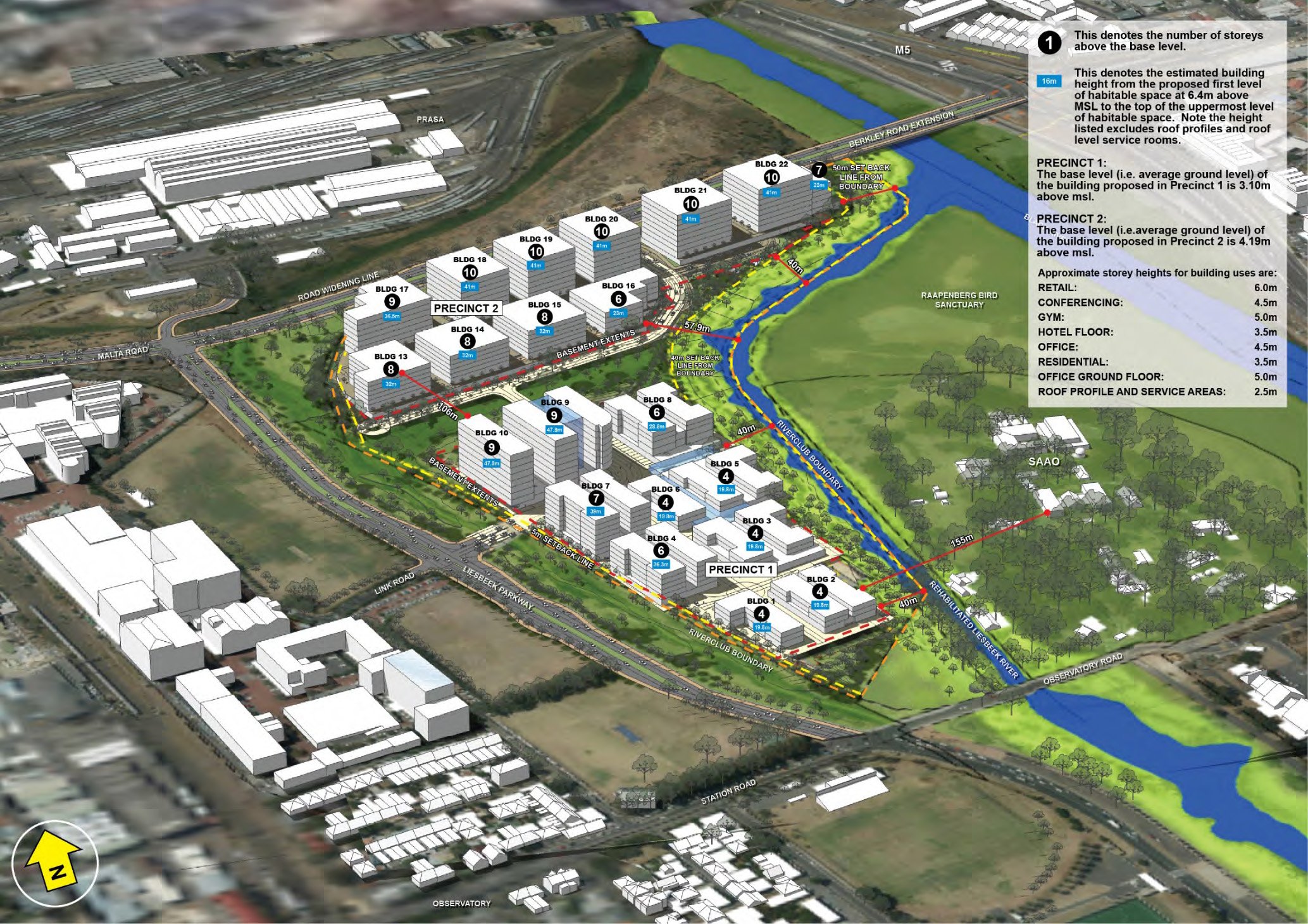 On 22 February it was announced that Western Cape minister for environmental affairs and development planning (DEADPA) Anton Bredell had decided to dismiss appeals lodged against the environmental authorisation (EA) issued by his department in August 2020 for a proposed R4.5bn development in Observatory.

This is the latest development in an almost five-year battle between civil society organisations and the property owner, Liesbeek Leisure Properties Trust. Appeals against the environmental authorisation were lodged by 21 different organisations and individuals.

The decision by Bredell to dismiss appeals against the authorisation came one day before a meeting of the City of Cape Town Appeal Panel. At the time of publication, no decision by the Appeal Panel has been released.

“By the way things were going, it seemed pretty obvious what the decision is going to be,” Leslie London, one of the activists leading the fight against the development, told GroundUp.

“We’ve definitely taken a blow. It’s not good to see how democracy is destroyed,” said London, who claims that the processes have been orchestrated by the city and the province to favour the development, and that economic benefit is being prioritised over any other considerations.

London said that they have started fundraising to take their fight to the courts.

But James Brent-Styan, spokesperson for DEADP, said, “The ministry denies that a democratic process was not followed. The appeal decision issued by minister Bredell dated 22 February 2021 was procedurally fair and reasonable. The appeal process followed the legal requirements as set out in the National Environmental Management Act and the National Appeal Regulations, and complied with the Promotion of Administrative Justice Act. Furthermore, there was both public support and opposition to the development which minister considered and not only civic opposition as inferred.”

The developers say the project will bring significant economic stimulus to the city, creating over 6,000 direct jobs and uplifting the area for improved economic activity.

Those against the development are concerned it will have a negative impact on the environment and heritage of the site. Building on the site, which is a floodplain, will involve construction that is damaging to the natural environment and can cause flood risks, London said.

In the latest battle over the planned mega-development at Observatory’s River Club, the Heritage Western Cape Appeal Tribunal is being taken to court by the Western Cape Department of Transport and Public Works…

Plans to upgrade and revitalise the site

Jody Aufrichtig, trustee and spokesperson for the Liesbeek Leisure Properties Trust, disputes concerns that conflict of interest has played a role in achieving environmental approval for their development. “Our proposed plan will substantively upgrade and revitalise the site, with local flora and fauna and a rehabilitated riverine, wetland area, with particular benefits for the Western Cape leopard toads,” Aufrichtig told GroundUp.

The heritage of the site is significant, because it is where Khoi people were originally driven off their land by Dutch settlers. This led Heritage Western Cape to issue a Provisional Protection Order in 2018, which has since expired. The order was appealed by Bredell’s department.

In April 2020, the Heritage Western Cape Appeals ruled that the provincial departments of Public Works and of Environmental Affairs and Development Planning, as well as the city were acting against their constitutional obligations towards cooperative governance by not considering the true impact the development will have on the heritage of the site.

In October 2020, the Department of Public Works filed papers in the Cape High Court to have parts of the ruling overturned.

Since concerns for the heritage of the site were first raised by the activists, the developers have included in their proposal a cultural and media centre, which will honour the Khoi heritage. First Nation symbols will be included within the architecture, and an indigenous garden, heritage eco-trail, and amphitheatre, are included in the plans.

Tauriq Jenkins, high commissioner of the Goringhaicona Khoin Khoi Indigenous Traditional Council (GKKITC), did not attend this workshop and opposes the development. Jenkins maintains that the site should be dedicated to the acknowledgement and commemoration of the cultural ethnocide of Khoi Khoi and San indigenous groups, and be recognised as a national and international heritage site.

Aufrichtig says that their heritage assessment report was prepared by independent experts “in contrast to the emotive, personal and mostly uninformed views of the activists”.

“We have always approached this project with maximum transparency and steadfast commitment to all environmental, heritage and other planning approval processes as required by law. It is regrettable that a small group of people who claim to speak for the working class and poor are trying to block a project that will contribute towards spatial justice and improving access to private land in the city,” Aufrichtig told GroundUp.