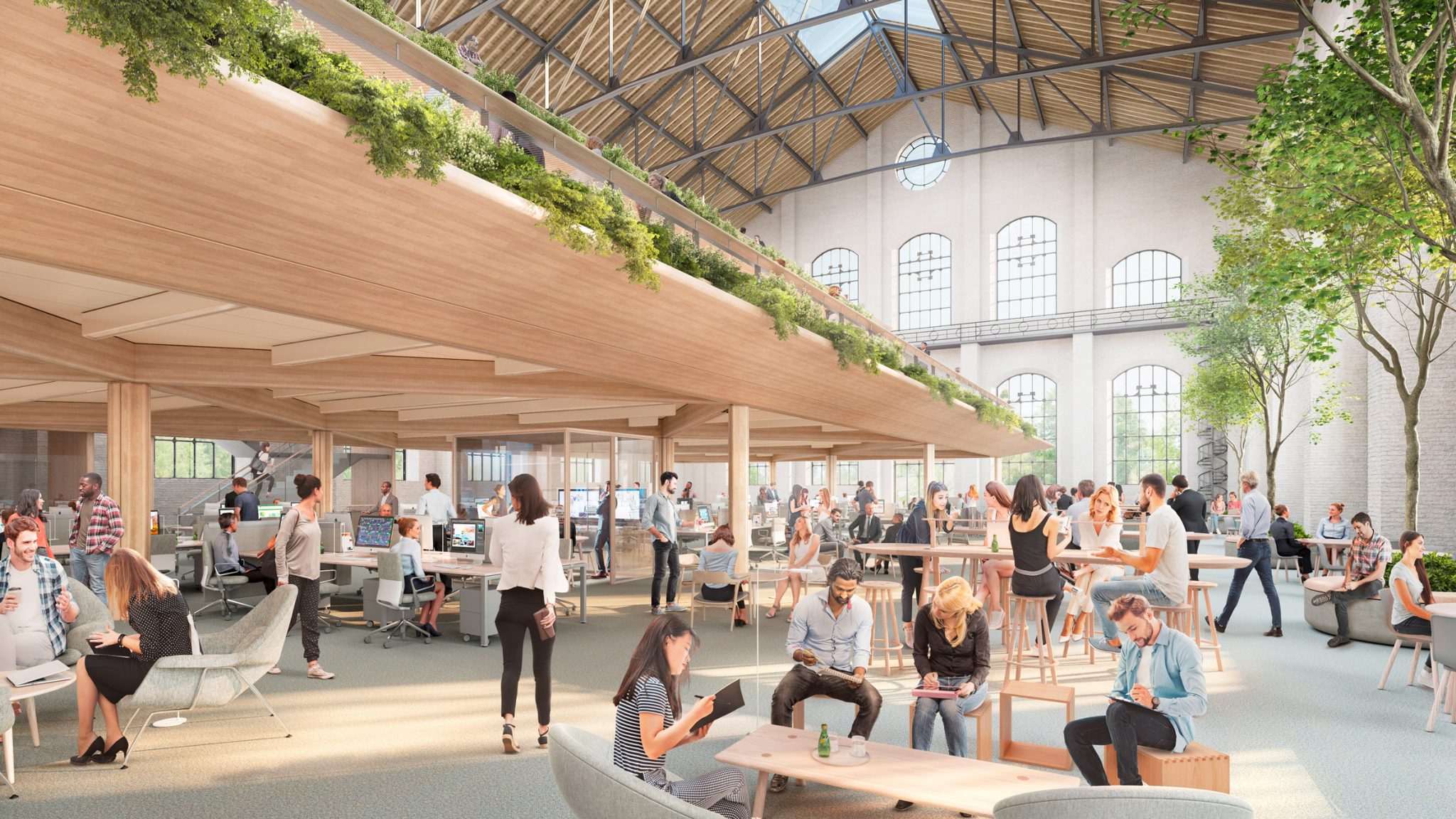 A vacant natural-gas plant in Madrid, Spain is set to be overhauled by Foster + Partners to create the plant-filled and timber-lined Acciona Ombú offices.

The abandoned industrial building, constructed in 1905 by Spanish architect Luis de Landecho, will be retrofitted with 10,000 square-metres of workspace for the sustainable infrastructure company Acciona.

Foster + Partners‘ overhaul, set to complete in 2022, focuses largely on the restoration of the building’s brick envelope – which will preserve over 10,000 tonnes of material.

Inside, it will introduce a series of staggered floors made from locally-sourced timber, which will give rise to a series of terraces.

According to the studio, this is intended as “a sustainable exemplar for building reuse” while reflecting the ethos of its new owner.

“This project offers the rare opportunity to give this magnificent building a new lease of life,” said Nigel Dancey, head of studio at Foster + Partners.

“It is a great example of the Luis de Landecho’s early twentieth-century work, and our design aims to retain its original spirit while creating a workplace that is flexible and adaptable to new and emerging ways of working,” he explained.

“Together with Acciona, we have developed a design that is underpinned by our shared vision of sustainability and demonstrates our commitment towards the environment.”

Timber was chosen as the primary material for the office’s interiors as it has a low carbon footprint and is easily recyclable, adaptable and demountable.

With the help of plants and trees, it is also hoped to boost employee wellbeing and productivity by contributing to “a biophilic environment” – meaning it will increase the occupants’ connectivity to nature.

Outside, an adjoining sheltered “courtyard” will be introduced, which will double as ground floor office space and lead out into a 10,000 square-metre park.

The park will be filled with 300 local tree species, selected to reduce water consumption, between which outdoor workspaces and informal meeting areas will be nestled.

Foster + Partners will also carry out landscaping of the surrounding area and introduce a mix of private and public green spaces that will extend to the nearby Méndez Álvaro metro station.

Foster + Partners was founded in 1967 by British architect Norman Foster. It has offices around the world but its headquarters remain in London, UK.

The designs for Acciona Ombú follows its reveal of an international airport it is currently constructing in Saudi Arabia as part of The Red Sea Project tourist development, for which it has also designed a stilted ring-shaped hotel in the Red Sea and a resort on sand dunes.

The studio’s design of airports has recently come under fire, in light of the climate crisis, which has prompted it to withdraw from the climate change action group Architects Declare. It argues, however, that architects should be involved in designing more sustainable airports for the aviation sector.

Visuals are courtesy of Foster + Partners.

This article first appeared on www.dezeen.com. For the original click here 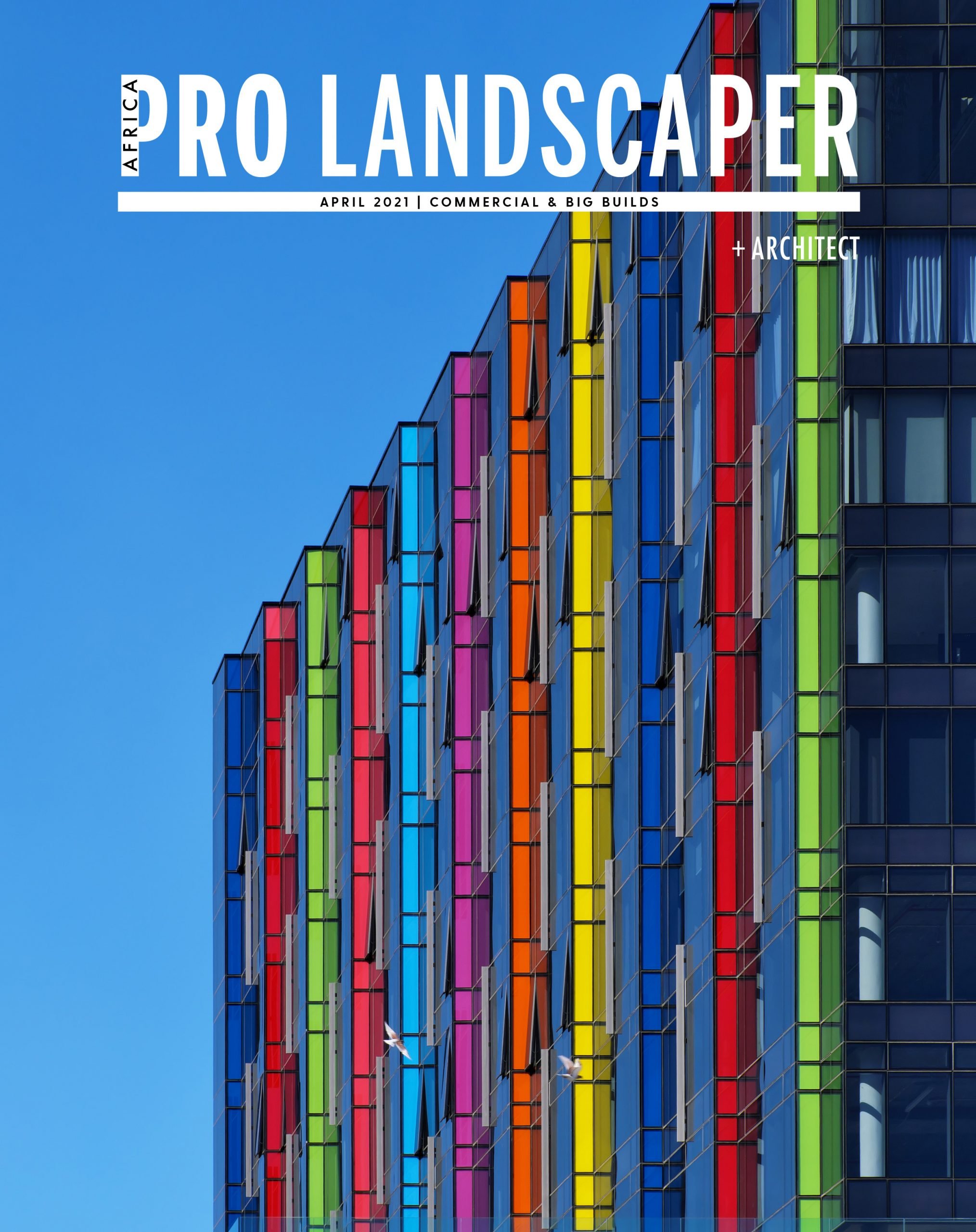