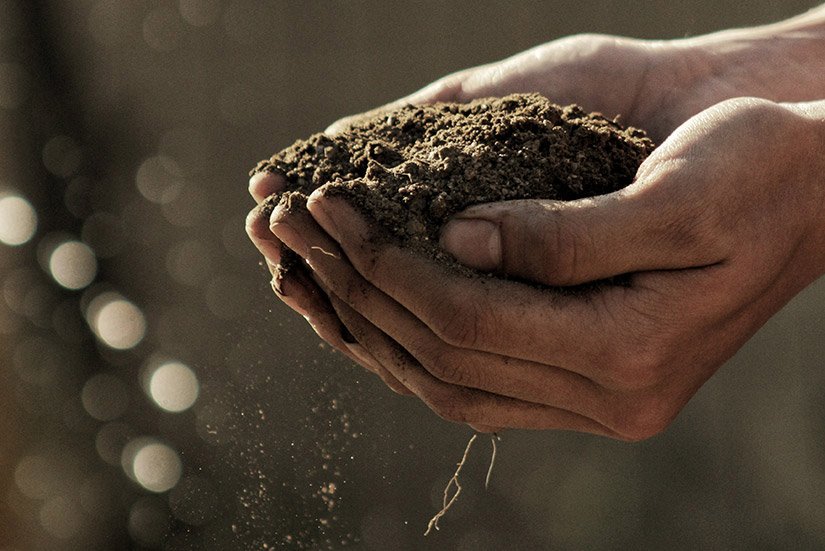 A global community advocating action to improve root and soil health was launched in early March with the inaugural One Earth, Root and Soil Health Forum. More than 800 people attended the online event to discuss how to unlock the potential of better soil and root health to help transform food systems and improve climate resilience.

The forum was hosted by, among others, Syngenta Seedcare and the Syngenta Foundation. It brought together experts from the farming sector, international organisations, non-governmental organisations, academia, and both the public and private sectors.

In his keynote address, the CEO of the Syngenta Group and chairperson of the Syngenta Foundation, Erik Fyrwald, noted that the link between soil health, food security, and climate change is not immediately evident. This is mainly because life ‘down under’ is a mystery to most of us.

“Yet around 25% of the planet’s biodiversity is found in its soils, and soil is the planet’s second-largest carbon store,” he noted. This is just one of the reasons why Syngenta has committed itself to restore three million hectares of degraded farmland per year.

“Unsustainable cultivation practices release thousands of tons of carbon from soil every year, which contributes to climate change and depletes the soil of the nutrients essential for food production,” said Fyrwald.

The situation is particularly dire in Africa, which is home to 60% of the as yet unfarmed arable land in the world. The continent’s rich but vulnerable soils have already been degraded due to poor farming practices. It is also one of the areas where climate change will have the biggest impact on agricultural yields.

According to Dr Steve Maund, head of global product safety at Syngenta, taking better care of the world’s 1,5 billion hectares of farmland, is humankind’s most viable option to reverse climate change through increased carbon storage.

Alarmingly, it is estimated that around 38% of global cropland and 21% of grassland are degraded, leaving soil unable to provide other ecosystem services, such as water purification and storage. When soil health is compromised, all these vital functions – food production included – come under threat.

In the forum’s South African parallel session, participants focus on the impact of nematodes – a serious soil-borne pest – on root health and the early development of crops.

Prof Driekie Fourie, nematologist and researcher at the School of Biological and Agricultural Sciences at North-West University, shared research findings that indicate nematode pressure increases over time in the case where populations are not managed. Crop rotation systems currently used in South Africa are conducive to nematode build-up. Prof Fourie emphasised the need for a holistic management approach, given that plant-parasitic nematodes often open the door to secondary fungal infections. These disease-nematode complexes worsen crop damage.

“We are also concerned about the discovery of a new nematode species on maize and soya bean in the Highveld region,” said Prof Fourie. “It underlines the urgent need for a more pro-active approach towards nematode control.”

“There is no silver bullet,” said Van Zyl. “A holistic approach that includes a variety of integrated pest management practices, is needed.”

Van Zyl highlighted the benefits of seed treatment as a management tool.

“It ensures the chemical is placed exactly where it is needed, namely around the seed and the roots of the developing seedling. Seed treatments also target only plant-parasitic nematodes, allowing the beneficial species to do their good work.”

Finally, producers can combine a fungicide with a nematicide in seed treatment to prevent secondary fungal infections.

“Pest management and conservation agriculture are vital to reduce disease pressure, improve soil health, and work more responsibly with chemicals,” said Le Roux. “It all adds up to a more profitable farm.”

The importance of crop protection, particularly in terms of root health, cannot be overstated. This was clearly illustrated by Prof Richard Sikora, former head of soil-ecosystem phytopathology at the University of Bonn. He said producers currently give away as much as 30% of their yields to pests and diseases.

The call to action is clear: Farmers, especially Africa’s millions of smallholders, must be empowered to be the primary caregivers of the soil in the interest of food security and climate-change management alike.