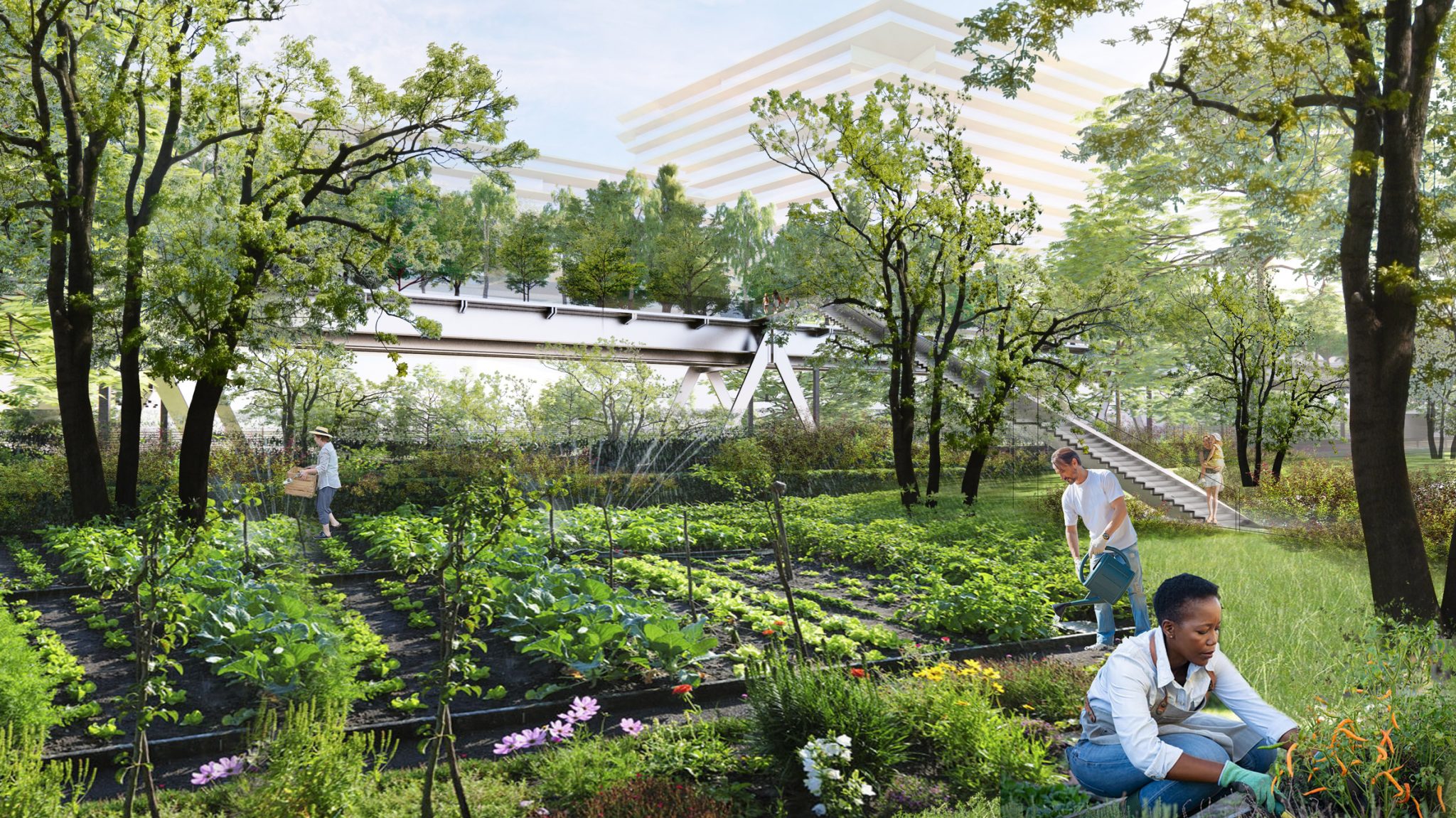 Located in the Porta Romana neighbourhood in the southeast area of Milan, the scheme will see Diller Scofidio + Renfro, PLP and Carlo Ratti Associati transform the site into a largely residential neighbourhood wrapped around a large urban park.

The neighbourhood will be comprised of apartment blocks, offices, retail space and sports centres.

The large urban park at the heart of the new development will form an accessible biodiverse space, with vast meadow gardens, wet and woodlands as well as two elevated greenways that extend the length of the neighbourhood.

The team of architects designed the elevated-linear greenways that will bridge the remaining active tracks on the site to connect the two parts of the development.

Much like Diller Scofidio + Renfro’s High Line in New York, the greenways will form raised gardens that house hundreds of trees and provide walking routes across the development.

Biodiverse wetlands and woodlands will run alongside the tracks and will be set amongst community gardens, courtyards and sports courts that aim to promote communal and wellbeing activities.

On the western side of the development, the scheme includes a mixed-use residential area that will be used to house athletes during the 2026 Winter Olympics, which will be hosted by Milan and the Cortina d’Ampezzo ski resort.

Following the Games, the athletes’ village will be repurposed into a residential community, containing social, student and private housing.

Across from the residential area, a large public piazza will be built alongside renovated railway repair sheds that will serve as a vast cultural hub for events and public activities.

The eastern side of the neighbourhood will aim to become a new business centre for Milan, through a collection of new offices and retail buildings connected by a series of raised walkways and public plazas.

“Our team’s goal was to retain the industrial heritage of this reclamation site, rather than turn it into a sanitised tabula rasa,” said Diller Scofidio + Renfro partner, Elizabeth Diller.

“Our masterplan seeks to foster the heterogeneous feel of a neighbourhood that has grown organically over time, with a truly public gesture that welcomes diverse populations to enhance the quality of city life,” she continued.

“This central space reconnects the north and south sides of the city currently severed by the railway, while an ecological spine running east to west in harmony with two active rail lines weaves the diverse programs of the development.”

In 2019, it was announced that OMA and Laboratorio Permanente were to transform two railway yards into public parks that would filter Milan’s air and water pollution.

Elsewhere, Diller Scofidio + Renfro has recently won a competition to convert a long section of disused railway infrastructure in Camden into a “garden in the sky”.

This was first seen on DeZeen