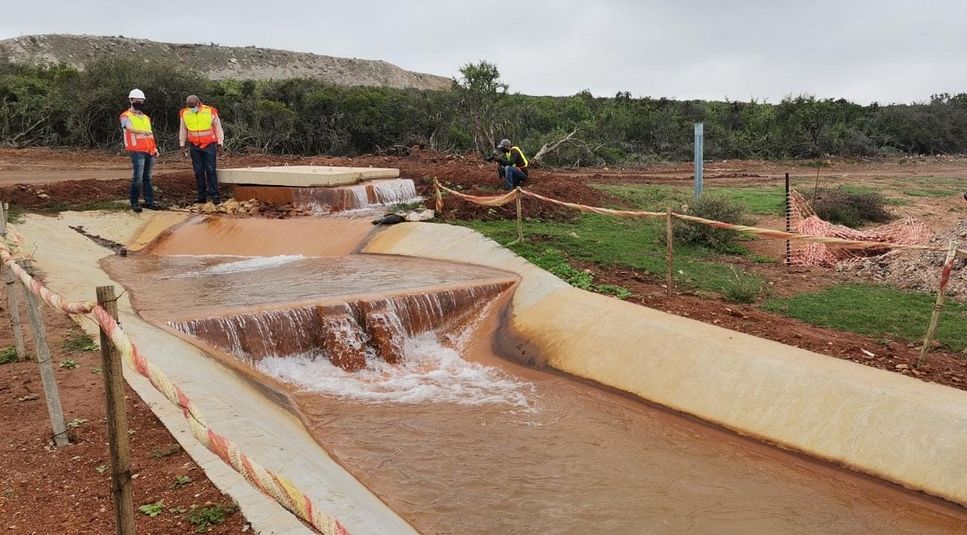 The Nelson Mandela Bay Municipality is working around the clock to implement measures to circumvent the disastrous prospect that the City may run out of water.

The construction of a R200 million Coega Kop borehole Water Treatment Works is taking shape. About 40 percent of the construction work has been completed, with 50 SMMEs benefiting out of a total of 100 that will benefit by the time the project comes to an end.
The construction started last year with expected completion time of September 2022.

On completion, the treatment works will add 20 million litres of water per day into the City’s water system. Part of the work that had been done was to test the quality of the water and the effect of integrating it into the broader water infrastructure of the City.

“We are happy about the tests we have done on quality and the technical aspects of integrating the water into our system. The construction is also proceeding well, and the cement and steels works is almost done. We will soon start with the engineering and architectural aspects of the work. We are confident that by September next year, this project will be completed,” said Acting Executive Director Joseph Tsatsire.
The exploration of alternative water sources forms part of the measures the City is currently implementing.
The Nooitgedagt Water Treatment Works Phase 3 is also under construction, with expected completion later this year. The completion of phase 3 will guarantee the City an additional 40 million litres per day to the 170 million that we currently get.

The City also expects to get a total of 15 million litres from other boreholes across the City.
Plans to develoe a sea water desalination plant have already started, although still in the early stages of Council approval.
The desalination project will add about 15 million litres per day into the system.
An aggressive water leaks programme is also underway, with about 800 water leaks fixed for this week. Close monitoring of turnaround time to respond, arrival on site and fixing of leaks is currently being done.
The City has an additional capacity of seven plumbing companies or contractors who augment the municipal plumbing staff complement.
Mayoral Committee Member for Infrastructure and Engineering, Councillor Masixole Zinto said that efforts to avoid running dry have gained momentum.

“We have two focus areas, acceleration of our efforts to improve our infrastructure and explore alternative water sources, and creating partnerships with residents and stakeholders to work with us to save as much water as we can. We want our message of saving water to make sense. We want our people to easily understand our call of saving water, not only because it is the right thing to do, but because they practically see our efforts of fixing leaks, improvement of our infrastructure, ” said Cllr Zinto.
Cllr Zinto called for residents and businesses to continue their efforts of saving water.
“Let’s push harder, let’s continue to recycle that grey water for irrigation and flushing, take two minute showers, not use hose pipes to wash cars, and use less than 50 litres per person per day,” he said.

He thanked the Nelson Mandela Bay Business Chamber for the bold decision it took to adopt 30 schools that form part of high water consumers with the intention of fixing leaks and introduci g water saving measures.
“This is the kind of unity of purpose that we have been calling for between government and business sector. This contribution will go a long way in saving millions of precious litres of water per day,” Councillor Zinto added.