R4bn River Club Development gets go ahead; Khoi heritage to be honoured 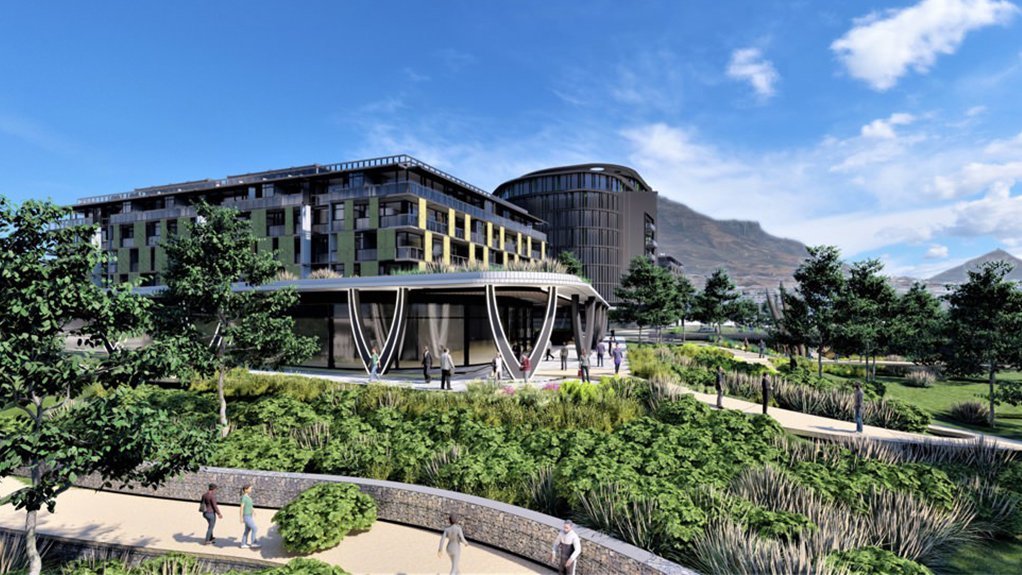 Erf 151832, a 15-hectare parcel of land has been approved for development by the Liesbeek Leisure Properties Trust. The planned mixed-use development will be a significant boost to the Cape Town economy as the impact of the Covid-19 lockdown remains. It is envisaged that 5 239 jobs will be created in the construction phase alone. The project will also create up to 19 000 indirect and induced jobs. The development design intends to create a 150 000 sqm2 mixed-use space, divided into commercial and housing uses across two precincts. The developer intends 31 900 sqm2 to be used for residential purposes.

One of the overarching goals of the City’s Municipal Spatial Development Framework (MSDF) is sustainable development that balances ecological conservation and urban development.

This imminent development strikes that balance, with a combination of well-located residential and commercial opportunities, the rehabilitation of the degraded riverine corridor, improved links with surrounding ecological resources such as the Raapenberg Wetland and the establishment of a high quality green space that will be accessible to the public.

The proposed development will meet the requirements of inclusivity and integration. It combines various land uses and a mix of income groups by offering market-driven and affordable housing opportunities – the latter of which will be physically integrated with the other residential units in the apartment complexes.

Other parts of the development include:

‘The planned mixed-use development will be a significant boost to the economy and the people of Cape Town in the aftermath of the national Covid-19 lockdown. The City has carefully and thoroughly considered all of the submissions and concerns during the appeal process. We are acutely aware of the need to balance investment and job creation, along with heritage and planning considerations. It is clear that this development offers many economic, social and environmental benefits for the area. We are committed to driving investment to revitalise the economy, which is slowly recovering following the impact of Covid-19,’ said Executive Mayor Dan Plato.

While the development has been approved as a concept, conditions have been attached requiring further stages of approval during which the developer must submit detailed plans on a range of development aspects.

Environmental Rehabilitation
The developer undertook two specialist studies to outline how the development could proceed in a way that is sensitive to the surrounding ecosystem.

To mitigate the future possibility of flooding, the surface level will be raised above the 100-year flood line. A hydrology report initiated by the developer concluded that the proposed development would have a minimal impact on the prospect of flooding.

The Liesbeek Canal along the eastern part of the property will be rehabilitated into a naturalised ravine corridor. The western boundary will be converted into a vegetated swale (sunken ground covered with plants which will absorb and filter stormwater). An additional benefit is that the riverine corridor will become more accessible to the public, with viewing points, pedestrian and cycling routes.

An expert submission to the Planning Appeals Advisory Panel (PAAP), affirmed these measures as a meaningful opportunity for environmental rehabilitation with the potential for a cleaner, sustainable and more functional wetland channel.
Roads and Infrastructure Upgrading

The developer will further assume responsibility and costs for the Berkley Road extension upgrade. This will improve traffic flow in the area and provide several access points to the development’s northern precinct. In the initial phases, a bridge is to be built over the Black River to Liesbeek Parkway, along with the rehabilitation of the Liesbeek Corridor.

The developer will be responsible for the costs of upgrading the bulk engineering services, including water connections in accordance with municipal standards, amounting to almost R74 million.

The developer has further undertaken to establish two sewer pump stations on-site, and the necessary infrastructure to link these to the City’s system.

The City is engaging the developer’s consulting engineers to determine the most efficient drainage and reticulation solutions for the development. This will be included as conditions during the subdivision approvals phase.
The proposed development is in alignment with the Metropolitan Spatial Development Framework’s (MSDF) overall investment guidelines. It will capitalise on the diverse residential and commercial opportunities in close proximity to urban nodes and facilitate greater connectivity between Metro South and Voortrekker Road Integration Zone, both of which are significant development corridors. The development would also bode well for further investment into public transport infrastructure.

Building height will not exceed 44 metres and was amended out of sensitivity to the neighbouring SA Astronomical Observatory. However, the site is no longer used for astronomical optical observations. The taller buildings will be located on the other side of the site, facing the Berkley Road extension.

Heritage Considerations
In April 2018, acting under the Heritage Act, Heritage Western Cape granted provisional heritage protection to the property for a period of two years. This lapsed on 19 April 2020 and no further heritage protections have been issued by national or provincial authorities.

The site is not subject to restrictions such as a Heritage Protection Overlay Zone.

However, the developer has undertaken to introduce various elements to celebrate culture and heritage where currently there are none.

To commemorate the heritage significance of the site, the developer shall incorporate the following features:

The developer must invite and consider representations from at least the First Nations Collective before these are submitted as part of the relevant detailed landscape plan or building plan for each feature. The City will have further opportunity to assess in more detail the heritage commemoration plans of the developer once these are submitted in later phases for approval.
It must further be emphasised that indigenous Khoi groups have voiced support for the development.

Land will be rezoned to enable use for business and other uses:
The land is currently zoned as Open Space Zoning 3. Therefore, the developer has applied for the rezoning to Subdivisional Area Overlay Zoning to permit general business uses and various other uses. The approval is granted under section 98(b) of the Municipal Planning By-Law 2015, which is required to raise the structures on site above the 100-year flood line.

Among the claims made regarding the development was that the Municipal Planning Tribunal approved the rezoning of the area without the required subdivision plan being made available. However, this is false and was submitted in 2019, well before the tribunal’s decision.
Conclusion

The City has carried out its duties and responsibilities related to this land use application with the highest ethical and legal compliance.

Having taken into consideration all these factors, the Executive Mayor – as the final adjudicator of planning appeals – gave the go-ahead for the development, which is set to result in a vibrant business and residential precinct that will unlock enormous investment and job creation potential.

Published By The City of Cape Town