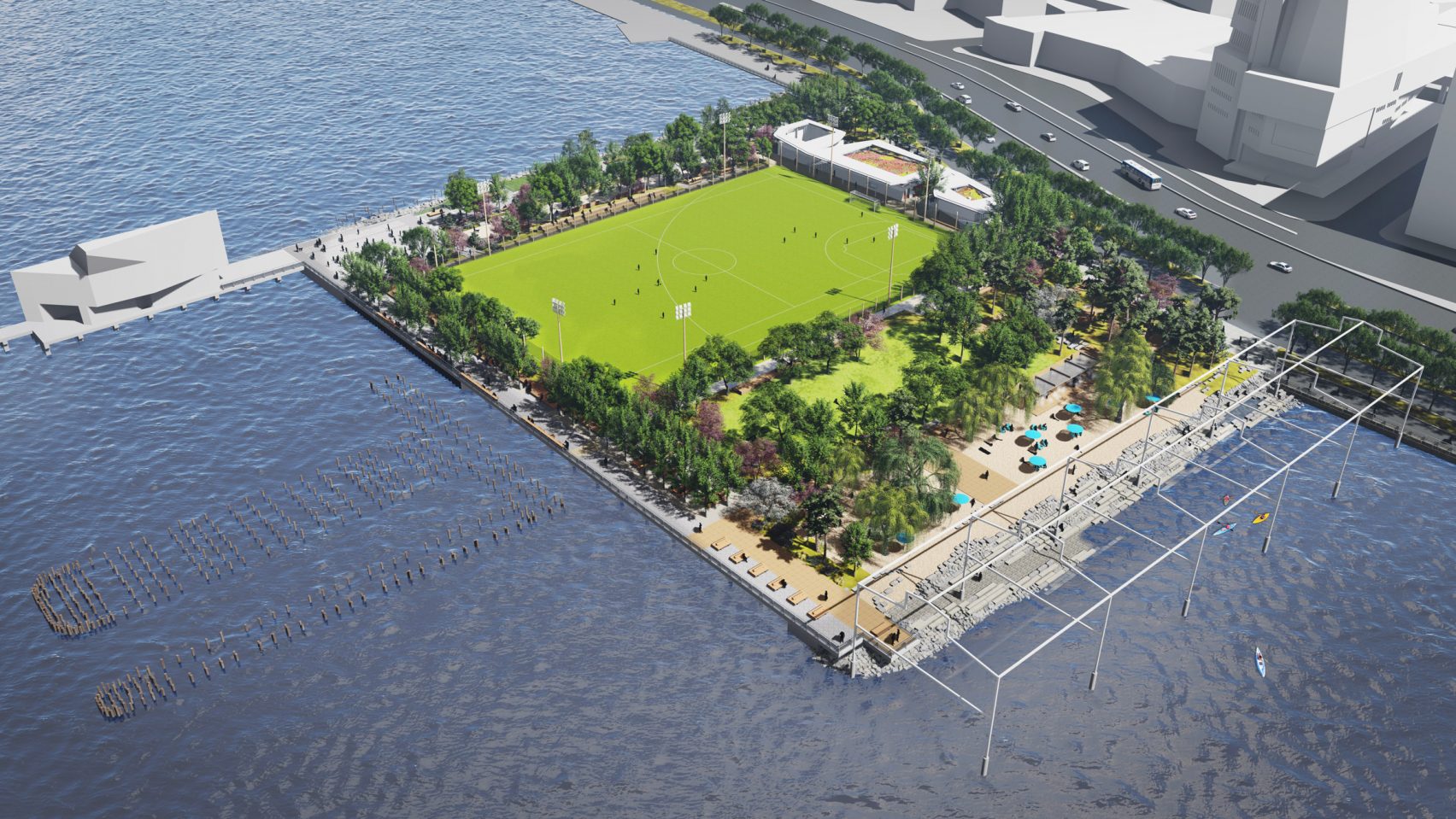 The 5.5-acre park, which will also include lawns and sports facilities, is expected to complete by spring 2023.

This four-mile-long park stretches along the Hudson River and features developments such as British designer Thomas Heatherwick’s Little Island, which opened last week.

The Whitney Museum of American Art is currently building a permanent installation by artist David Hammons on the southern end of the Gansevoort Peninsula.

The park is being built over the remnants of a historic landfill site leftover from a land reclamation project to extend Manhattan in the 1830s. The site was previously a depot for the city’s Department of Sanitation.

James Corner Field Operations has designed various attraction, including a beach with a rocky shoreline and kayak access on the peninsula’s south side.Related storyThomas Heatherwick’s Little Island park and outdoor theatre opens on the Hudson

North of the beach there will be a lawn and seating area as well as a large sports field surrounded by clusters of trees and an area that will be turned into a salt marsh habitat.

A dog run and picnic tables and lounge chairs will line the peninsula’s west side.

Earlier this year New York Governor Andrew Cuomo announced plans to extend the High Line and turn Pier 76, which is currently a police tow pound, into a riverfront park.

This article first appeared on Dezeen. For the original click here