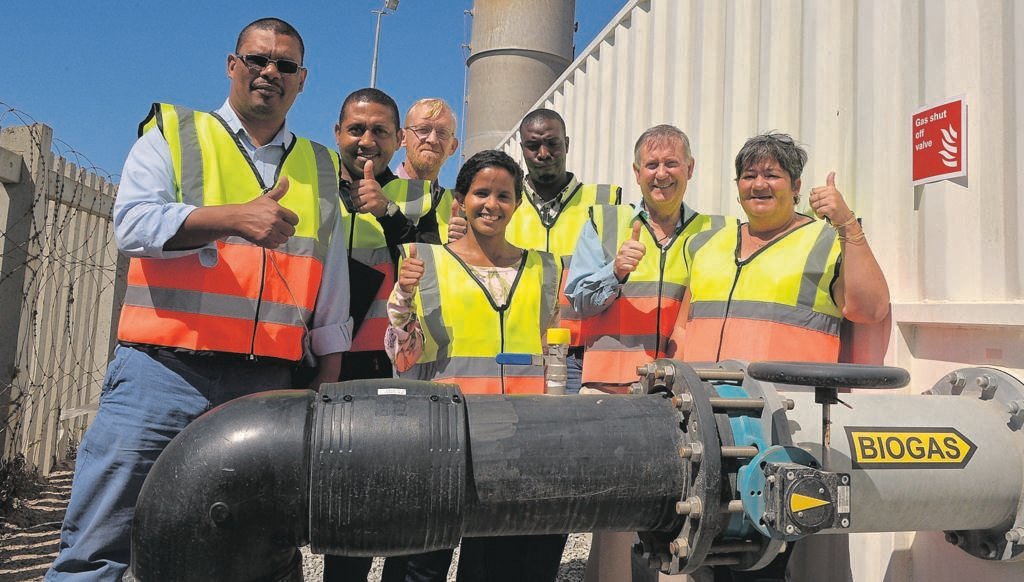 The City of Cape Town is pleased to announce that the Solid Waste Department’s Landfill Gas Extraction and Utilisation Project, currently in operation at the Coastal Park landfill, has earned us our first carbon credits from the UN-approved Clean Development Mechanism (CDM). This is an important milestone for a project that has been years in the making, and will hopefully encourage other municipalities or companies involved in landfilling throughout South Africa to start earning carbon credits from similar projects.

The CDM administration has approved that a total of 126 274 carbon credits be issued to the City for reducing carbon emissions through our Landfill Gas Extraction and Utilisation Project at the Coastal Park landfill site.

How are the credits earned?
The purpose of the project is to reduce carbon emissions at Coastal Park landfill to contribute to the overall mitigation of the effects of climate change. This is also achieved through the conversion of landfill gas into electricity. Landfill gas, predominantly of methane, has a global warming potential approximately 25 times greater than carbon dioxide.

In the City’s projects, the gas extractions system comprises a wellfield made up of a combination of vertical and horizontal wells, well heads, condensate traps, pipelines, gas blowers, measuring instrumentation and a gas flare. The system extracts landfill gas for flaring to reduce the greenhouse gas emissions associated with waste decomposition in landfill sites. Once the electricity generation equipment is installed, the landfill gas will be used to generate electricity. A total of 2MW engines will be installed at Coastal Park landfill site this year.

What are the benefits of having carbon credits?
These credits can be sold to industries who are otherwise unable to reduce carbon emissions to meet their carbon tax obligations.

Carbon credits can be sold on the international carbon markets, on the South African market in terms of recently promulgated Carbon Tax legislation, and can also be used to meet the City’s own obligations under the Carbon tax in the form of offsets (SA Carbon Offset Regulations).

Journey to receive credits
The process to have a Programme of Activities (PoA) approved to potentially earn carbon credits is complex, but allows third party projects to join it at a much lower cost. It is governed by strict methodologies, which require substantial documentary evidence to be verified in terms of the UNFCCC rules.

As the City has an approved PoA, future landfill gas projects in Cape Town and South Africa that comply with the technical and legal specifications governing the PoA, can be eligible to earn carbon credits. This has the potential to make a significant contribution towards Cape Town’s carbon emissions reduction goals as well as the country’s Nationally Determined Contributions (NDCs).

Efforts continue
‘As a City, we are proud to be able to do our part in facilitating sustainable development throughout South Africa.

‘Global warming is one of the key factors that drives climate variability – and ultimately climate change – which is thought to have played a role in our recent drought. This project shows that the City is doing its part to make progress possible and mitigate climate change.

‘Thank you to our staff who have been actioning this programme and together we can celebrate this achievement. As a City, we are continuously looking at initiatives where we can play an integral role in reducing carbon emissions to help mitigate climate change,’ said Mayoral Committee Member for Water and Waste, Alderman Xanthea Limberg.

Published on behalf of the City of Cape Town