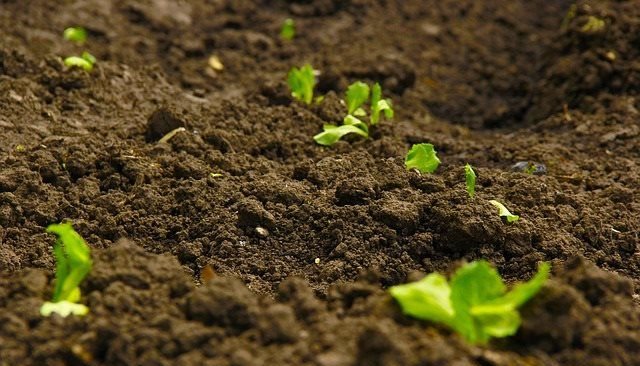 According to a joint report released by the Food and Agriculture Organisation of the United Nations (FAO) and the United Nations Environment Programme, worsening soil pollution and waste proliferation threaten the future of global food production, human health and the environment, and require an urgent global response.

The Global Assessment of Soil Pollution was launched by FAO director-general, Qu Dongyu, and the executive director of UNEP, Inger Andersen, at a virtual event which was part of the celebrations for World Environment Day, on 5 June and the UN Decade on Ecosystem Restoration (2021-2030).

Soil pollution crosses all borders and compromises the food we eat, the water we drink and the air we breathe. The joint assessment found that widespread environmental degradation caused by soil pollution, due to the growing demands of agri-food and industrial systems and an increasing global population, is getting worse and is one of the world’s major challenges for ecosystem restoration.

Industrial and mining activities, poorly managed urban and industrial waste, fossil fuel extraction and processing, as well as unsustainable agricultural practices and transport, were identified as the main sources of soil pollution.

Dongyu stressed the need for a coordinated response to address soil pollution and boost soil health to meet the UN’s Sustainable Development Goals.

“Soil protection is of the utmost importance to ensure the success of our future agri-food systems, ecosystem restoration and all lives on earth,” he said.

“Our society wants more nutritious and safe foods, free of contaminants and pathogens,” added Qu. “That is reflected in our work on how to transform our agri-food systems for Better Production, Better Nutrition, a Better Environment and a Better Life, leaving no one behind.”

Andersen, referred to the UN Decade on Ecosystem Restoration, jointly led by UNEP and FAO, as an opportunity for change. She also called for stronger enforcement of global conventions on the environment as well as long-term monitoring to stop industrial pollution and sustainable practices in agriculture that supported the use of environmentally-friendly pesticides.

David Choquehuanca, vice-president of the Plurinational State of Bolivia, noted that the earth was on the brink of collapse because human beings had plundered nature. He urged people everywhere to rethink their relationship with the earth to restore balance and protect it for future generations.

The Global Assessment found that soil pollution has serious implications for agri-food systems and human health because of their long-term impact on the environment.

• The use of pesticides increased by 75% between 2000 and 2017 with some 109million tonnes of synthetic nitrogen fertilisers applied worldwide in 2018.

• The use of plastics in agriculture has increased significantly in recent decades with 708,000 tonnes of non-packaging plastic consumed in agriculture in the EU in 2019.

• The global annual production of industrial chemicals has doubled to approximately 2.3 billion tonnes since the beginning of the 21st century and is projected to increase by 85% by 2030.

• Waste production is also on the rise. The world currently produces 2 billion tonnes of waste annually and that is predicted to rise to 3.4 billion tonnes by 2050 due to population growth and urbanisation.

The FAO-UNEP assessment predicted soil and environmental pollution would continue to deteriorate unless there was a shift in production and consumption patterns and a stronger political commitment to support sustainable management and to fully respect nature. The Covid-19 pandemic has also increased pressure on the environment by intensifying the release of waste.

The report noted that greater research is required to determine the extent of soil pollution while stressing the proliferation of organic contaminants and others such as pharmaceuticals, antimicrobials (that lead to more resistant bacteria), industrial chemicals, and plastic residues are of growing concern.

The global assessment indicated the remediation of polluted soils is complex and costly and emphasised the need for prevention to prevent a worsening situation. It called for the establishment of a Global Soil Pollution Information and Monitoring System, stronger legal frameworks for preventing and remediating polluted soils, and initiatives to foster technical cooperation and capacity development.

FAO’s Global Soil Partnership, together with UNEP, will work together to implement the recommendations of the report.