Serpentine Pavilion’s use of biomaterials “more than compensates” for concrete emissions, says Aecom 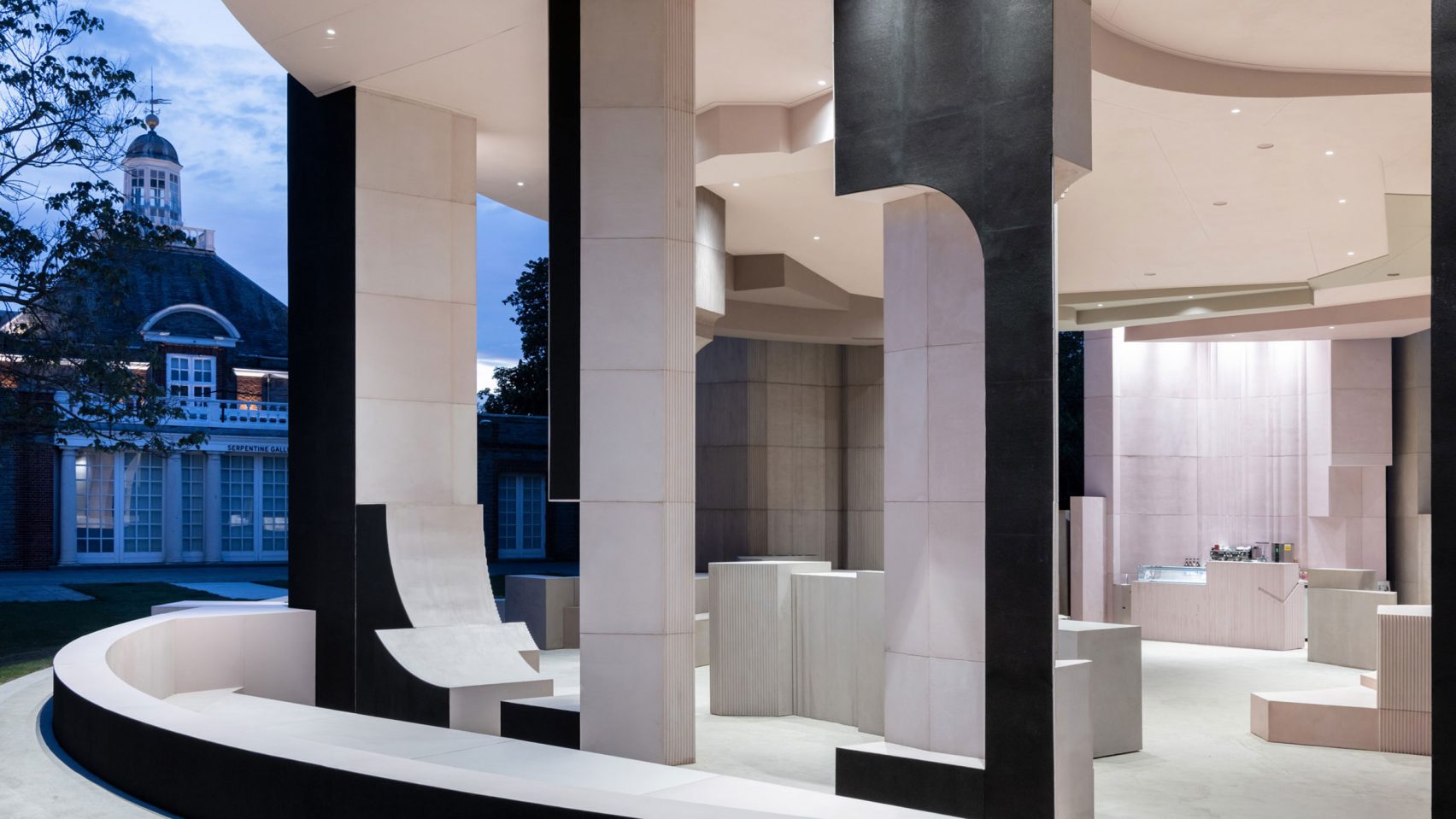 The construction of this year’s Serpentine Pavilion removed 31 tonnes of carbon from the atmosphere, according to a report by construction consultant AECOM. As a result, the structure can claim to be carbon negative, meaning that it will remove more CO2 equivalent from the atmosphere than it emits, up to the point it is dismantled.

“The total cradle to grave embodied carbon emissions of the pavilion are -31,000 kg of CO2 equivalent,” the report states.

However, the assessment did not take into account the carbon emissions that will be generated when the pavilion is moved to a new location at the end of the summer.

This will require the construction of new foundations but since the location is unknown, AECOM said it has been unable to calculate the carbon impact.

“There are a number of options available, all of which have a substantially lower environmental impact than the concrete used at Kensington Gardens,” AECOM said.

“The initial assessment of these options has shown that a net-carbon negative or, at worst, a carbon-neutral build can be targeted in a whole life cycle assessment of the relocated pavilion.”

“These options will form part of the handover documentation to the new owners,” AECOM added.Related storySerpentine Pavilion celebrates “places with a history significant to migration” says Sumayya Vally

The construction team said it didn’t expect to achieve negative carbon with the project.

“The goal here was to do a low-carbon building,” said David Glover, technical adviser to the Serpentine Galleries, which commissioned the structure.

“It wasn’t necessarily to get to negative [carbon] but this particular architecture lent itself to it and it gave us this result, which was a surprise because I don’t think any of us thought we would get to a negative situation this year.”

The temporary structure, which opened in Kensington Gardens in London last week, emits approximately 60 tonnes of carbon dioxide equivalent and absorbs around 91 tonnes via the timber and other biomaterials used in its construction, according to the life cycle assessment (LCA) prepared by AECOM.

The assessment was made prior to construction using eToolLCD LCA software, which takes into account whole-life emissions including transportation and decommissioning of the structure.

Pavilion criticised for its concrete foundation

AECOM, a multinational engineer and construction consultant, has worked on the pavilion each year since 2013, when it was designed by Sou Fujimoto.

AECOM’s embodied carbon assessment is an internal document that has not yet been signed off for public release.

But the firm shared the document with Dezeen following media criticism of the structure’s concrete foundation and scepticism about claims that the pavilion is carbon negative.

For a building to be carbon negative, it needs to sequester more atmospheric carbon over its entire lifecycle than it emits.

AECOM’s 10-page document states that the pavilion’s concrete foundation emits 44 tonnes of CO2 equivalent, making up by far the largest percentage of emissions.

The remaining 16 tonnes of emissions come from roofing materials including steel purlins, polycarbonate and a waterproof membrane, concrete blockwork, micro cement finish and paint, as well as materials used to build the pathways.

Timber and cork “more than compensates” for other emissions

In addition, the assessment calculates that 1,400 kg of carbon emissions resulted from the recycled steel structure, although this figure would have been far higher if virgin steel had been used.

However, all these emissions are outweighed by carbon sequestered in the wood, plywood and cork used to build the pavilion, according to AECOM.

“The sequestration of the timber and the cork more than compensates for the emissions,” said AECOM sustainability director David Cheshire.

The pavilion, the twentieth in the annual architecture commission, was designed by Johannesburg architect Counterspace. Construction was postponed from last year due to the pandemic.

The architect worked with AECOM and Glover to refine the initial design, re-engineering the solid-looking building into a lightweight, hollow structure that uses the fewest materials possible.

“We did this life cycle assessment from the outset,” said AECOM project director Jon Leach. “The aim was to really try and reduce the environmental impact of the pavilion as far as we could. But obviously, that’s not the only thing that drives the pavilion design.”

However, K-Briqs “proved unrealisable on this project due to the procuring time and the long-term durability of the product,” said Leach.

The team explored a range of innovative sustainable materials including using mycelium for the cladding and zero-carbon concrete for the foundation.

However, the former was rejected due to concerns over its long-term durability and the latter due to its longer curing time compared to traditional concrete.

“The programme is so tight,” said Leach. “You literally have to lay out and start working on it straight away. That was a reason why the concrete impact is higher than obviously we’d ideally like.”

The team managed to reduce the carbon footprint of the foundation by replacing 30 per cent of its volume with ground granulated blast-furnace slag (GGBS).

GGBS, a by-product of the iron-smelting industry, produces just 10 per cent of the emissions generated by Portland cement, the binding ingredient in concrete that emits vast amounts of carbon when it is made.

“We’ve maximised the cement replacements as far as we can,” said Leach.

Using recycled steel tubes for the structure saved up to 97 per cent of the carbon emissions that virgin steel would have created, according to data provided by Cleveland Steel.

The methodology used by the team discounts emissions generated by previous uses of materials such as recycled steel. Those historic emissions don’t count because that’s already been counted on the previous project,” Cheshire said.

“The design life is equivalent to a normal building site,” said Cheshire, who is author of The Handbook to Building a Circular Economy.

“We’ve been very careful in the way we designed it to ensure that it can be reused and it does have an extended life way beyond the five or six months it will be at Kensington Gardens.”

As seen on DeZeen. For the original click here