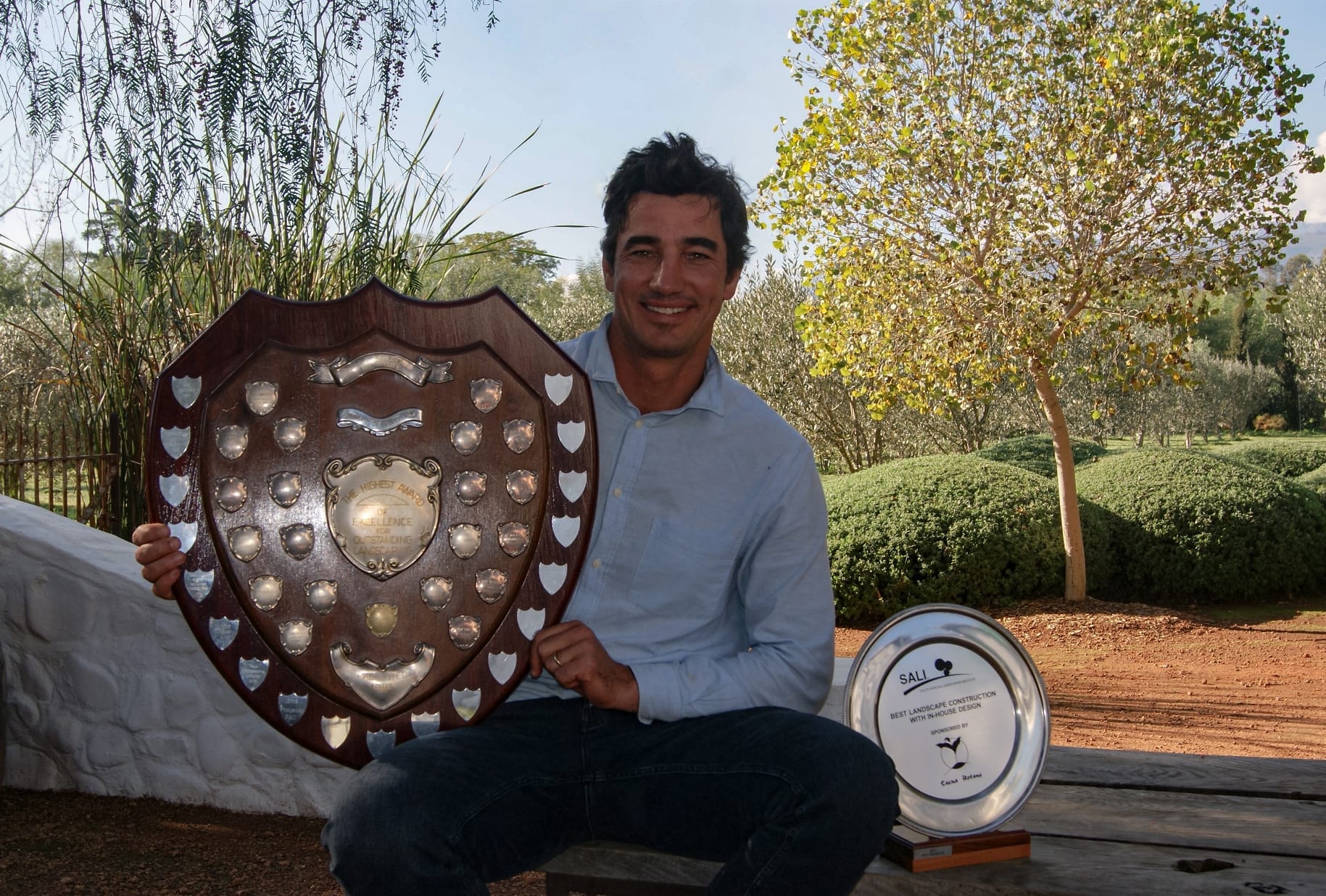 DDS PROJECTS, based at Die Handelshuis in Simondium, was named overall winner at the 2021 South African Landscapes Awards (SALI) and was awarded the Shield for Excellence in Landscaping for its Babylonstoren Fynbos Cottages project. The project also received the Best Landscape Construction with In-House Design trophy.

Founded in 2010 in Stellenbosch by passionate landscaper and plantsman Danie Steenkamp, DDS Projects has established itself as a leading, award-winning landscaping company. It won its first of several SALI trophies in 2014.

Steenkamp ascribes the company’s success to its ability to rethink the traditional use of plants and space in a contemporary way. “It is important to work within each project’s context to achieve original and creative solutions for each space we design. Whether eco-friendly and water wise or exotic gardens, we aim to push the boundaries of what a garden can be. Our team of passionate gardeners and designers has extensive landscaping experience and forms an integral part of our success,” he says.

For the Babylonstoren Fynbos Cottages (pictured above) the brief was to conceive an environment where visitors can experience the natural beauty and diversity of the Cape Floral Kingdom. “We wanted to create a sense that the cottages have always been there and that the surrounding land was a piece of untouched renosterveld typical of the area. We want to focus attention on our relationship with the natural environment and re-evaluate our inherent need to tame and control the physical space around us,” explains Steenkamp.

As plants used for this project are not grown commercially, the DDS team worked with a group of plant specialists including Ernst van Jaarsveld, Sue Milton Dean, Johan van Biljon, Dirk Zwiegelaar and Gael Gray for advice, assistance with plant production, harvesting of seed and guidance with species selection. Plants were sourced in the nearby koppies, open tracts of veld, along the Simondium train tracks, and in remaining renosterveld corridors.

Indigenous renosterveld has a large percentage of grasses and bulbs, many of which were used in the three-hectare project that has been two years in the making. Steenkamp explains that it remains an ongoing process, which will require further seeding, inter-planting and managing the more dominant species to help along the slower growing plants. This veld type also requires a hard prune once a year to increase the biodiversity and to stimulate new growth.

According to Steenkamp, he finds inspiration in the ever-changing natural environment and bringing nature closer to home. “It is gratifying to see that a healthy eco-system is being established with porcupines, tortoises, owls and waterfowl already making this their home.”

Other noteworthy projects recently completed by DDS projects include the gardens of the Green School SA in Simondium, which were specifically designed to integrate the food garden system with the students’ study of natural ecosystems. Its contemporary interpretation of a traditional Kaapse werf secured international acclaim for Le Poirier’s garden in Franschhoek in leading magazines in the United Kingdom and New Zealand.

Steenkamp concludes that creating interesting spaces with a positive environmental impact remains the biggest reward for him and his dedicated team. One such a project, a collaboration with landscape artist Strijdom van der Merwe in 2013, is the 3 000 square metre installation of Bartinney Wines’ Élevage, which can still be seen when on the mountain slope when driving over Helshoogte Pass. It’s inspired by the Dylan Lewis magnificent sculpture, Èlevage, which resides in the acclaimed fynbos gardens, resembling the winged figure of the Bartinney logo.