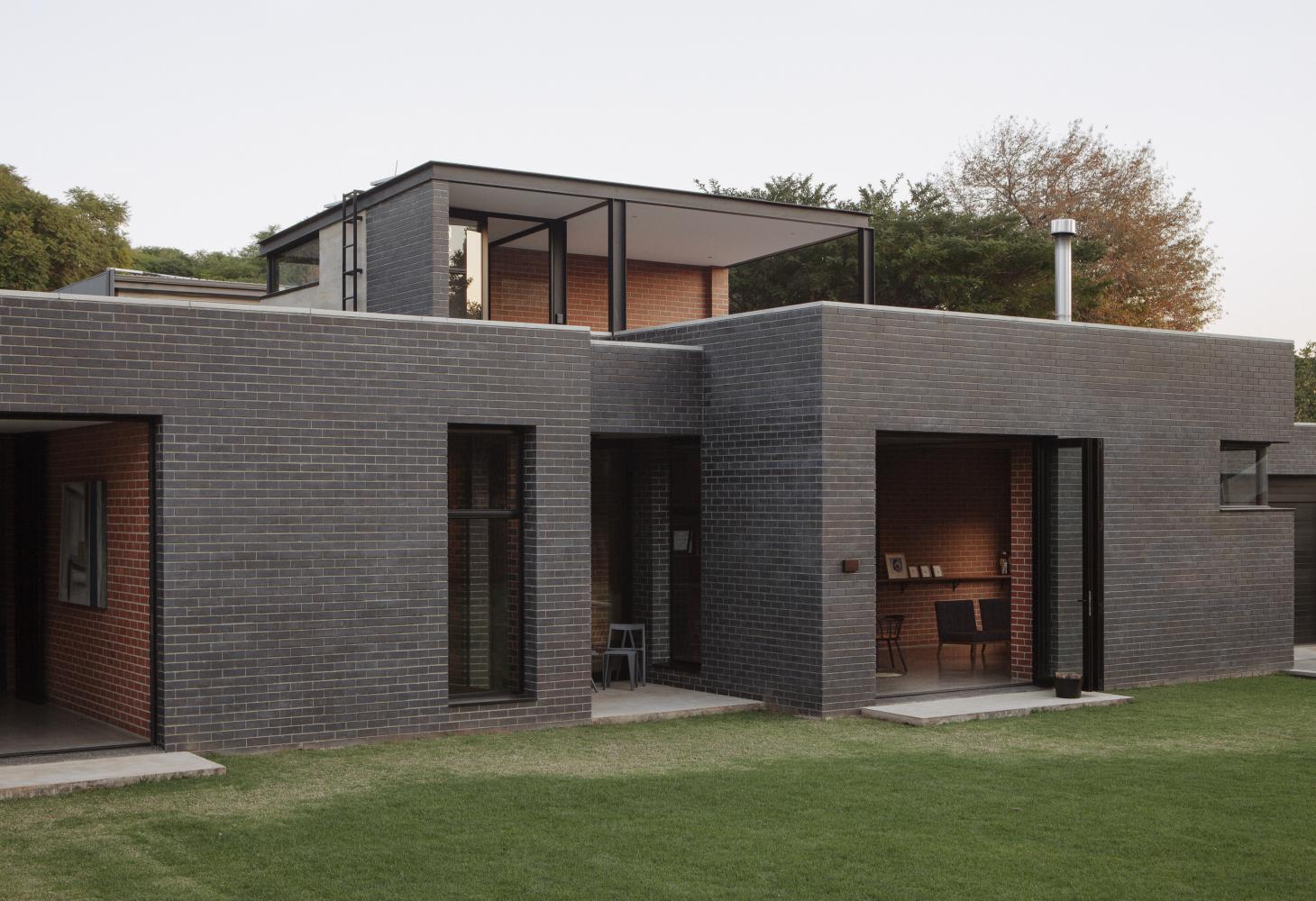 This article first appeared on www.wallpaper.com

Part of the Wallpaper* Architects’ Directory 2021, Local Studio is a ‘fast-paced, entrepreneurial and imperfect’ South African architecture practice. Here, we visit its Cotswold Cubes project, a home that is part of a boutique constellation of three, low and elegant brick homes.

‘Local Studio is a quintessentially Joburg outfit: fast-paced, entrepreneurial and imperfect,’ says its founder, Thomas Chapman. He set up his South African architecture practice in 2012 and now runs it together with three co-directors, Samantha Trask, Daniel Trollip and Shawn Constant, and two non-executive directors, Khensani de Klerk and Njabulo Phekani. The small outfit – just 12 people strong – is prolific, having built 40-something projects in the past nine years, and shows no sign of slowing down.

An experimental approach that allows it to tackle a variety of scales and materials highlights the practice’s fearless nature; this team has designed anything from community centres to schools, youth hostels and homes. Rather than going for a specific form-led approach, Local Studio’s values are rooted in its need to transform physical and social context, drawn to the power of collaboration and interaction – as opposed to projects that feel cut off from their community.

‘We are driven by two core ideas. The first is that design should be a reactive rather than a prescriptive process. By approaching form-making, materiality and tectonics in this way, design becomes a process of co-production, with unlikely collaborators. We believe that buildings conceived in this spirit can become rich archives of a time and place,’ says Chapman. ‘Another idea we are driven by is the promise of “soft-power” in architecture. We are deeply aware of our post-apartheid political context, but are less interested in solutionist, programme-driven responses to the numerous problems faced in a country like South Africa. Instead, we believe in the subtle power of a crafted public interface to transform physical and social context.’

One of three small family houses created within a single plot in a residential suburb of Johannesburg called Saxonwold, Cotswold Cubes is an elegant and fairly minimalist composition of cubic volumes. Arranged across a green site, the project maintains a low profile and a close relationship with the outdoors. A mix of black and red bricks provides scope for experimentation with the architectural skin’s aesthetic – even though it is a feature that emerged unintentionally for cost-saving reasons, the architects explain.

The project was commissioned by a project manager who has been a regular collaborator of Local Studio in a number of housing projects in the past. ‘This pre-existing relationship with the owner allowed for a rich, collaborative process of design and detailing throughout the project,’ Chapman points out.

The house consists of the main living space, two bedrooms and a home office for the client. All laid out on a single, ground level, the building opens up to its surroundings through large windows; meanwhile, a roof terrace adds extra options for outdoor relaxing and entertaining. It is positioned between two arrays of solar panels; this, combined with an independent water source, makes the house entirely off grid.

Conceived in 2000 as our index of emerging architectural talent, the Wallpaper* Architects’ Directory is our magazine’s annual listing of promising practices from across the globe. The project has, over the years, spanned styles and continents, while always championing the best and most exciting young studios and showcasing inspiring work with an emphasis on the residential realm. Now including more than 500 alumni and counting, the Architects’ Directory is back for its 21st edition. Join us as we launch this year’s survey – 20 young studios, from Australia, Canada, China, Colombia, Ghana, India, Indonesia, Japan, Malaysia, Mexico, the Netherlands, Nigeria, South Africa, South Korea, Spain, Sweden, the USA, and the UK, with plenty of promise, ideas and exciting architecture.