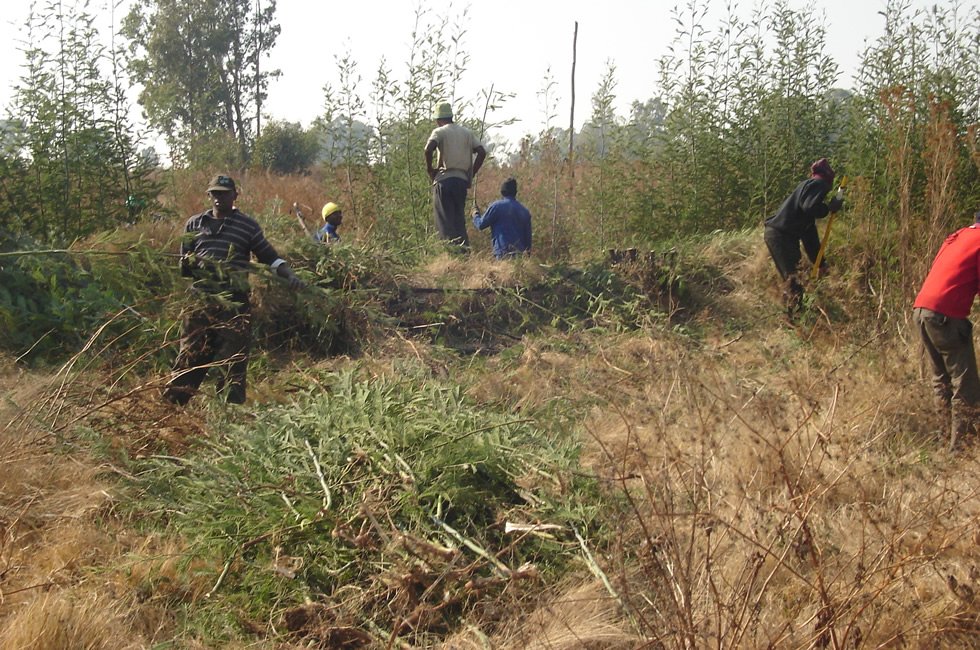 The Nelson Mandela Bay Municipality has embarked on a massive alien vegetation removal within the water upstream areas that capture water into the dams. This massive project has been introduced as part of the Municipality’s water-saving measures, given that the City continues to experience one of the most severe droughts in its recorded history.

This project will cost the City more than R20 million. The City has identified alien vegetation trees as a major cause of loss of water that was supposed to be flowing into the catchment dams.

A fully grown alien vegetation tree consumes about 100 litres of water per day. Through this project a total of 60 hectares have been covered already, with 20 hectors each for the Churchill, Impofu and Loerie dams. There are approximately 100 trees per hectare.
This project is one of many that the City is implementing to save as much water as possible and also to augment the existing water resources.

In the past few months, the City has introduced a Uitenhage KwaNobuhle intervention plan, in terms of which water tanks and water tankers were introduced, working with the Department of Water and Sanitation.

The City also started a project to install a pipeline that will link KwaNobuhle to the Nooitgedagt Water Treatment Works line, which receives water from the Gariep Dam.

Uitenhage, notably KwaNobuhle, is one of the areas that have already started to experience intermittent supply due to the low dam levels at the Kouga Dam.

“We need to also look at the water crisis and the drought from an environmental management perspective. As we continue to save the City against drought, we get an opportunity to explore different options and areas where we can save the little that we have in an integral approach. Removing these alien trees that have a high consumption of water contributes to the bigger picture,” said MMC Buyeye.
NMBM Acting Executive Director for Infrastructure and Engineering, Joseph Tsatsire, said the project will be part of their planning going forward.

“Our monitoring tools for the flow into and storage in our dams have shown us that since the introduction of this project, there has been a difference. This will be part of our integrated planning, budgeting and implementation. Every effort possible must be made to save every drop,” said Tsatsire.
The current dam level is at an average of 12.27 percent.
Nelson Mandela Bay Municipality calls upon all residents and businesses to continue to use water sparingly.