4 infrastructure projects worth R21bn get the greenlight 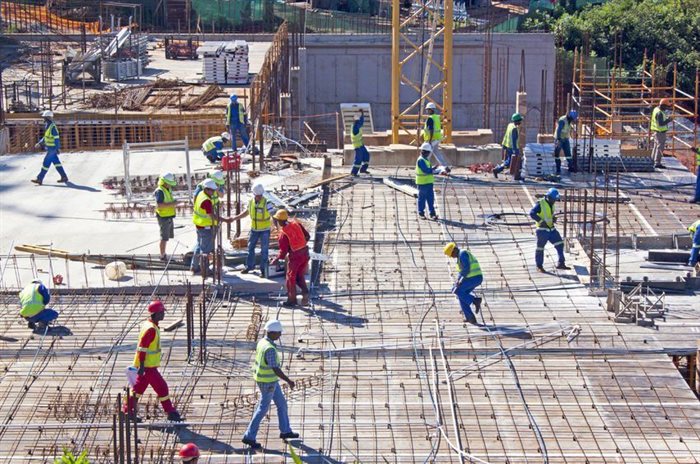 According to the Infrastructure Fund (IF), infrastructure investment in South Africa has made significant strides in the current financial year, with four projects worth a collective R21bn getting the green light for implementation.

Development Bank of Southern Africa (DBSA) chief investment officer and IF head Mohale Rakgate made the announcement during a press briefing at the Sustainable Infrastructure Development Symposium (SIDSSA) on Wednesday, 6 October. The IF is housed at the DBSA.

Unveiled by President Cyril Ramaphosa in 2018, the R100bn blended finance fund was expected to provide catalytic finance over 10 years, leveraging as much as R1tn in new investment for strategic infrastructure projects.

“What we’re excited about is that even in the first year of the operation of the IF, there was commitment from Treasury under the current constrained fiscal environment; R4bn in the current year, R6bn and 8bn in the following years. So we’re talking about R24bn of the R100bn. We’re excited about that because there’s always this trust gap that we make commitments, but we don’t follow up.”

This, he said, was very important, saying it enabled the fund to start looking at their programmes and projects.

“In the past year, we have been able to get this project to a point where now they can be exposed to the market – the external financiers as well as developers [who] will be keen to partner with government in the implementation of the projects,” he said. The projects have already been through their approval processes and prioritised through the Infrastructure South Africa (ISA) prioritisation criteria and admitted into the pipeline.

“In addition to that, we went through the National Treasury processes to access a portion of this R24bn and we are at advanced stages. We should be hearing from them within the next few weeks, leading to the Medium-Term Budget Policy Statement,” said Rakgate.

A similar approach was expected to unfold in the Department of Human Settlement’s social housing programme. In this regard, the IF was in the current financial year piloting a R1.1bn programme from the R100bn.

“We’re seeking now to develop structures that will enable investors to come in and play a role for a portion of 30%, which sponsors of the project should raise on their own. The state is contributing 70% of that.”

Bottlenecks were also expected to begin to clear in the Lepelle Northern Water Project in Limpopo. The fund is working with the Water Board and the department to help make this project happen. A figure of R4.5bn, of which R1.4bn had already been applied for from the R100bn, is needed.

“We are in discussions with the department around the R1.2bn to make the shortfall of R2bn come from commercial users. Polokwane had concluded an uptake with the Water Board.”

He said the IF was also seeking to support the project around issues of governance and procurement to earn the confidence of investors.

The last project that was expected to proceed was the one-stop border management post with the Department of Home Affairs and the Border Management Agency.

“We haven’t applied for government funding because it can stand on its own. All we are doing at this stage is to help with the structuring. We’re talking about border posts with all South Africa’s neighbours, except in Namibia. As you may know, you go to Beitbridge, Lebombo, it takes up to seven days for trucks to move from one country to the next.

“So, this seeks to really ensure that it’s smooth to go between the countries,” he said.

Along with National Treasury, the ISA was also expected to play a significant role in unblocking various challenges.

“IF is helping to structure the project so that we can find the best optimal model to ensure that there’s value for money for the government.”

All five projects, he said, were at advanced stages of implementation. They will all be going out to market in the last quarter of this year and first quarter of 2022.

Glossing over projects in the pipeline, he mentioned the R53bn SA Connect programme and R23bn Umkomaas water projects. The two projects are also at advanced planning stages, having already been approved by the ISA governance structures but still yet to be submitted to Treasury for support.

The SA Connect programme sought to address the country’s digital connectivity, especially in underdeveloped rural areas and government buildings. A feasibility study had already been concluded.

Several municipal projects were also still in development, he said.