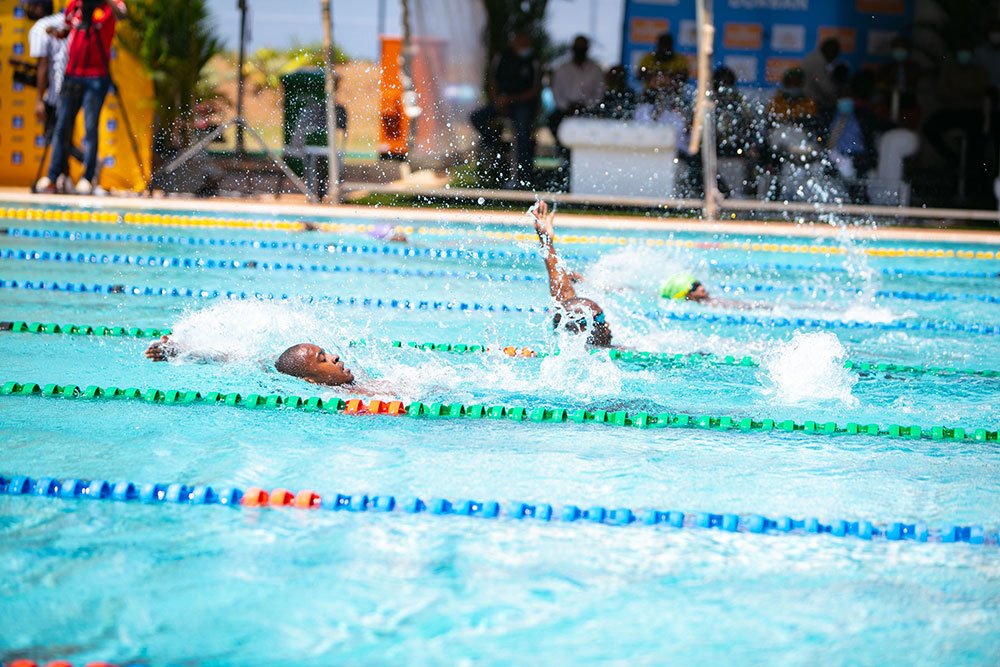 UMgababa Beach has been transformed with the opening of a state-of-the-art world-class swimming pool on 20 October.

The historic opening was led by eThekwini Mayor Councillor Mxolisi Kaunda and committee chairs and was attended by community leader Inkosi Luthuli Ndabezitha together with community elders and residents.

The first recreational facility of its kind in the area will be a major attraction to boost tourism, grow the local economy and promote aqua sports.

Addressing the crowd, Mayor Kaunda thanked Inkosi Ndabezitha for his commitment to developing the community and working closely with government.

“This facility presents an opportunity for the youth to realise their dreams of representing the country on the international stage. The R50.8 million invested in building this swimming pool must benefit future generations for years to come,” he said.

The community of Mnini were elated with programmes offered at the pool such as the Learn to Swim programme.

The project was spearhead by the Economic Development Unit as part of the City’s Spatial Development Framework, Rural Township Investment Upgrade and has been handed over to the Parks, Recreation and Culture Unit for the operation and maintenance of the facility.

Mayor Kaunda urged the community to take ownership of the new pool infrastructure.

“We cannot allow vandalism to occur as this will deter potential investors in the area,” he added.​