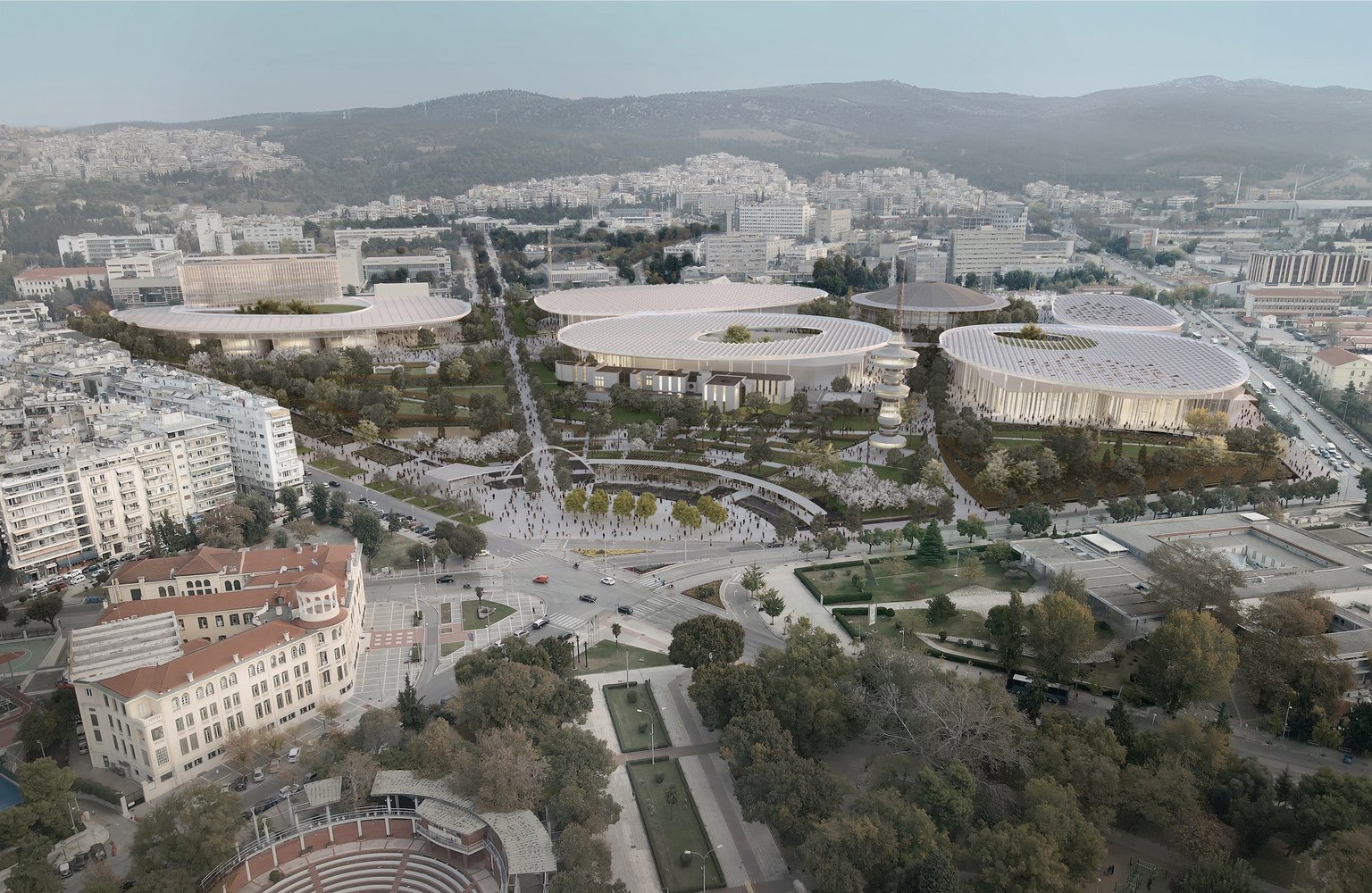 The winning proposal for redesigning Thessaloniki’s ConfEx fairground features a series of pavilions with large overhanging roofs that float within a park, creating the infrastructure for international events while providing locals with a robust public space. Designed by Sauerbruch Hutton, together with Gustafson Porter + Bowman as landscape architects and Elena Stavropoulou, the project builds on the existing network of landmarks creating a new hybrid landscape that caters to the Northern Greek city’s goal of becoming the region’s primary business and tourist attraction.

The design reintroduces important routes that used to depart from the ancient walled city and establishes new links between local landmarks. These circulation paths divide the site into three major areas, each with its distinct characteristics. The western part becomes a space for play and temporary installation, the central area features gardens and cafes, while the southern one is the site for a large amphitheatre. At the same time, the proposal reopens the central axis running North-South along the site and preserves some of the most important pavilions, thus building on the history of the place.

The new organically shaped exhibition halls feature open-air exhibition areas at ground floor level, thus creating a strong connection between the structures and the surrounding park. The large hanging roofs provide shelter from the elements, either sun heat or rain and are equipped for harvesting solar energy and rainwater. At the same time, cross ventilation in the exhibition halls would reduce energy consumption through mechanical ventilation. The park’s landscaped areas feature a wide range of native plants and trees capable of withstanding climate change and extreme weather, thus creating a more resilient environment for Thessaloniki’s residents.

Foster+Partners Reveals Design for the Tallest Tower in Greece

The proposal was selected from 115 applications, and the fifteen shortlisted projects included proposals designed by OMA, Kengo Kuma, Sou Fujimoto, Heatherwick Studio, among others. The second and third prizes were awarded to Lina Ghotmeh and UN Studio, respectively.